The cause of the fire is not yet known, but it appears to have broken out at or near the Gentilly Ridge apartment complex off of Chef Menteur Highway. 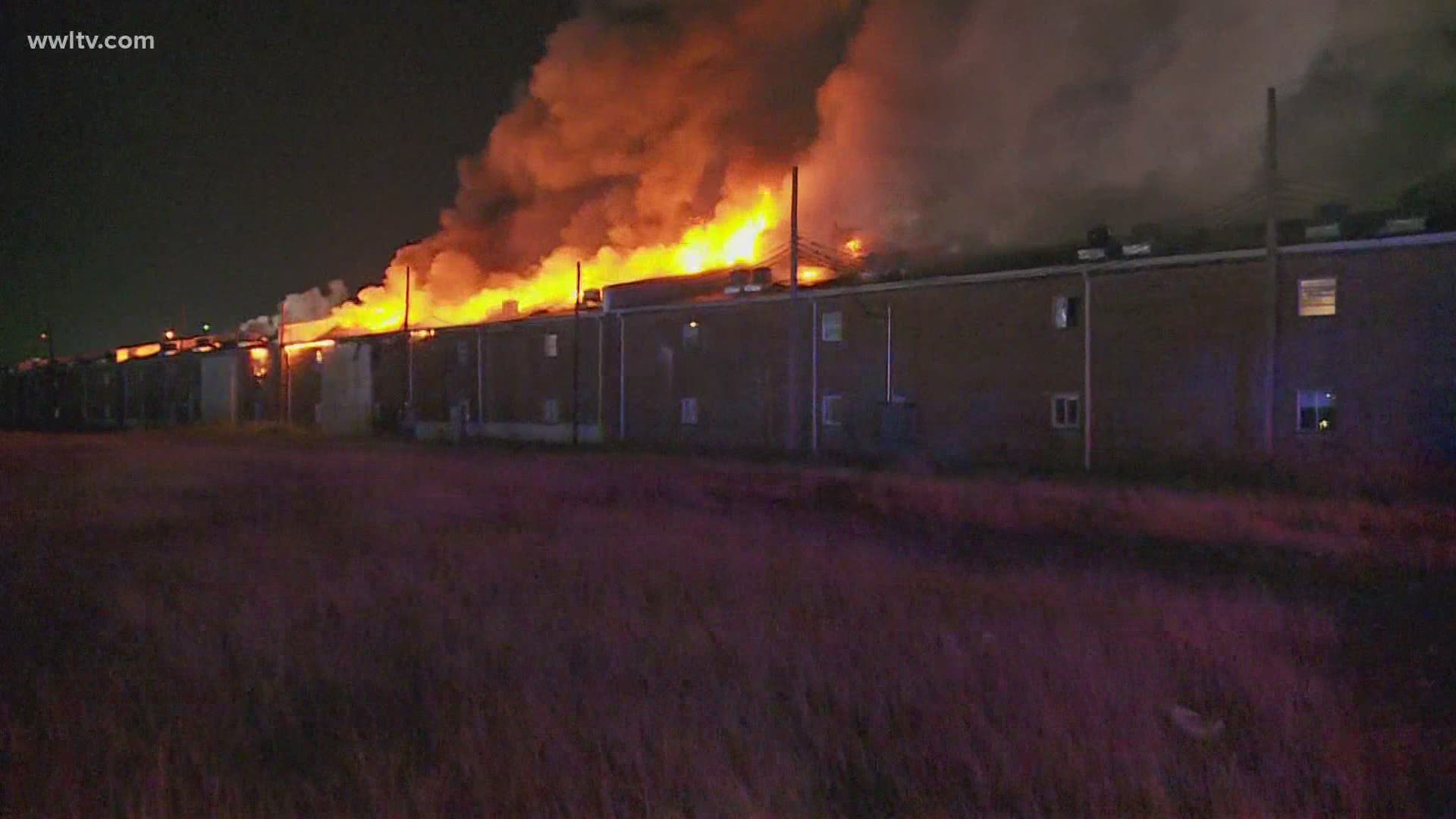 A large fire broke out at an apartment complex near the Industrial Canal in New Orleans East Wednesday night.

The cause of the fire is not yet known, but it appears to have broken out at or near the Gentilly Ridge apartment complex off of Chef Menteur Highway.

NOFD officials say the complex has about 100 units in it, about 90 of them occupied. The building does have firewalls, but officials said the flames spread through the attic, bypassing many of them.

No injuries were reported Wednesday night, but firefighters are still processing the scene to make sure all of the residents made it out safely.

A traffic camera on I-10 near Old Gentilly Road appears to show a plume of dark smoke rising from a fire near the Industrial Canal.

Stay with Eyewitness News for more on this developing story.