Nearly half of Uptown Streetcar line closed until September for repairs

The line will be closed from S. Carrollton Avenue and Claiborne Avenue to St. Charles Avenue and Jena Street. 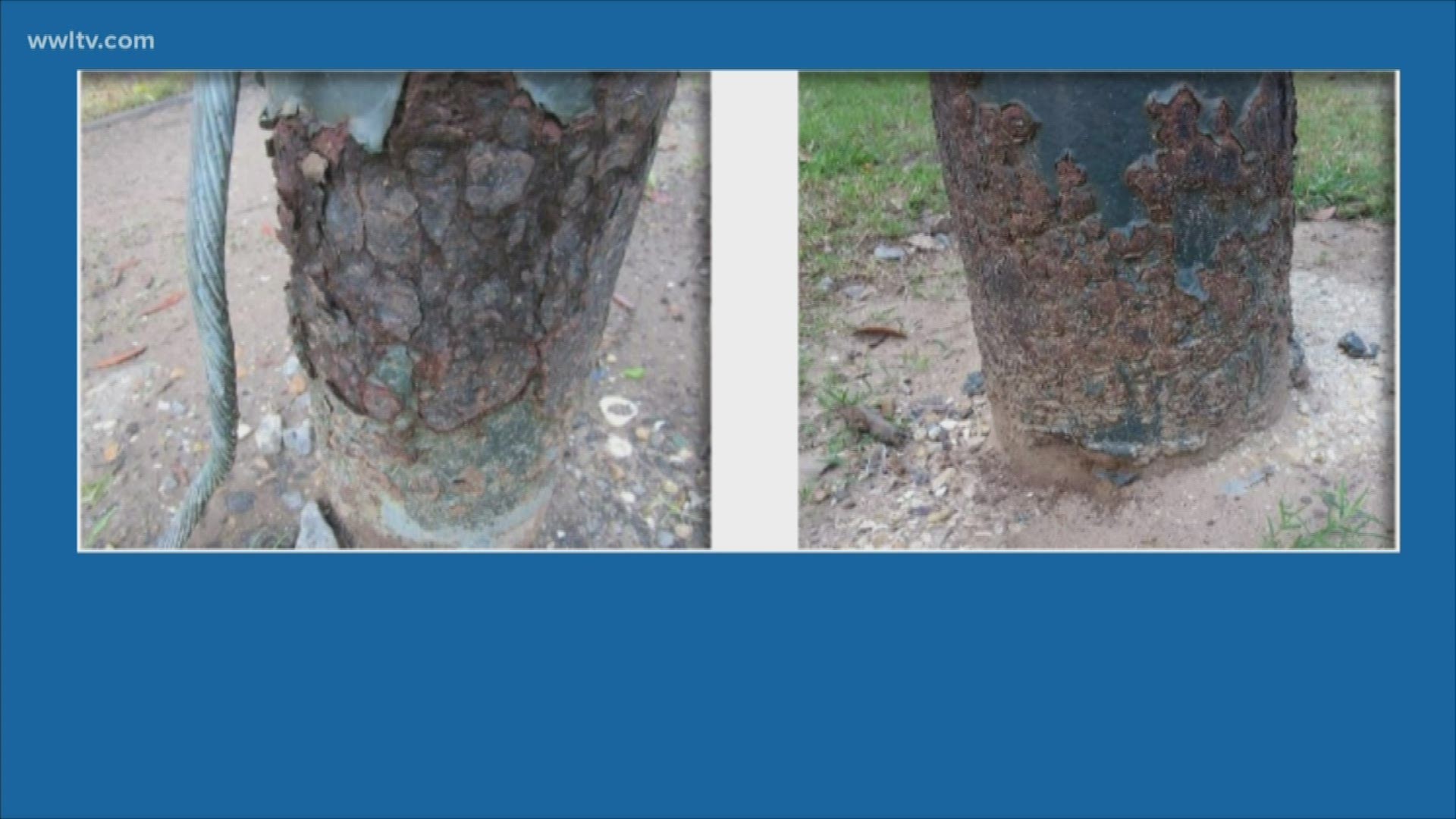 NEW ORLEANS — Corrosion is eating away at the poles that support the St. Charles Streetcar line, officials said. Portions of the streetcar line will be shut down while crews repair the damage.

The shutdowns began at 5 a.m. on Monday, July 15, and are expected to continue through mid-September. The line will be closed from S. Carrollton Avenue and Claiborne Avenue to St. Charles Avenue and Jena Street.

More than two dozen parts of the Overhead Catenary System, which consists of electrical wires above the streetcar tracks suspended by a series of tall poles, need to be replaced, the Regional Transit Authority said.

Crews will need to replace 15 poles, which have been heavily corroded. This work is not expected to affect traffic near the St. Charles Streetcar line, but the line itself must be shut down while they work.

Busses will be provided for those who use the line.