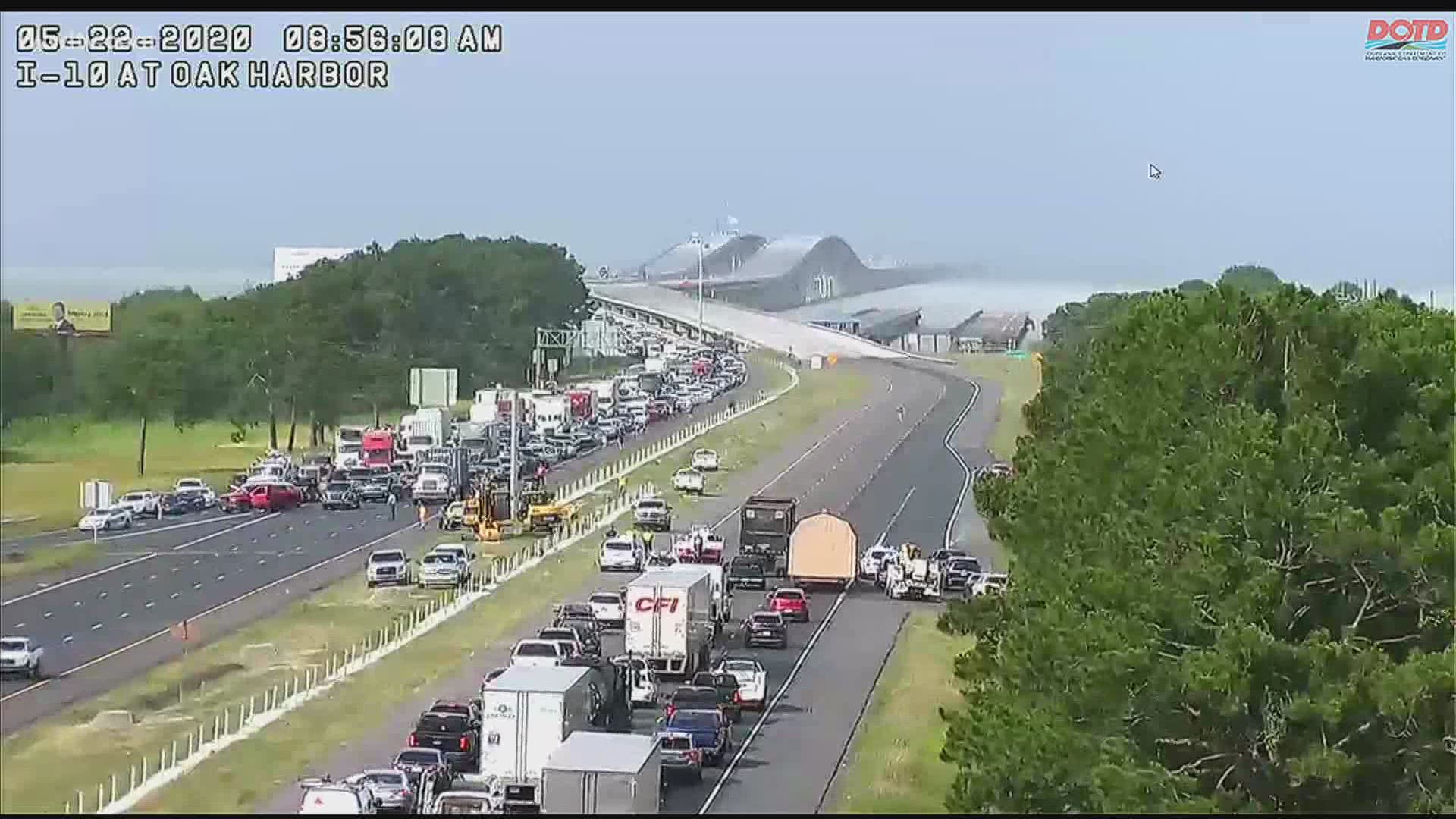 SLIDELL, La. — Interstate 10 at Oak Harbor in Slidell has reopened after being shut down earlier Friday.

Louisiana State Police say down power lines blocked the interstate around 9 a.m. on May 22, forcing them to close I-10 in both directions near the Oak Harbor Boulevard exit.

The interstate reopened just after 1 p.m. that afternoon, according to the Department of Transportation.

According to the CLECO Outage Map, nearly 1,400 customers are without power in the Oak Harbor, Eden Isle area of Slidell.