Crews have moved the fallen sign and several damaged vehicles to the side of the highway. Multiple ambulances and fire trucks have responded. 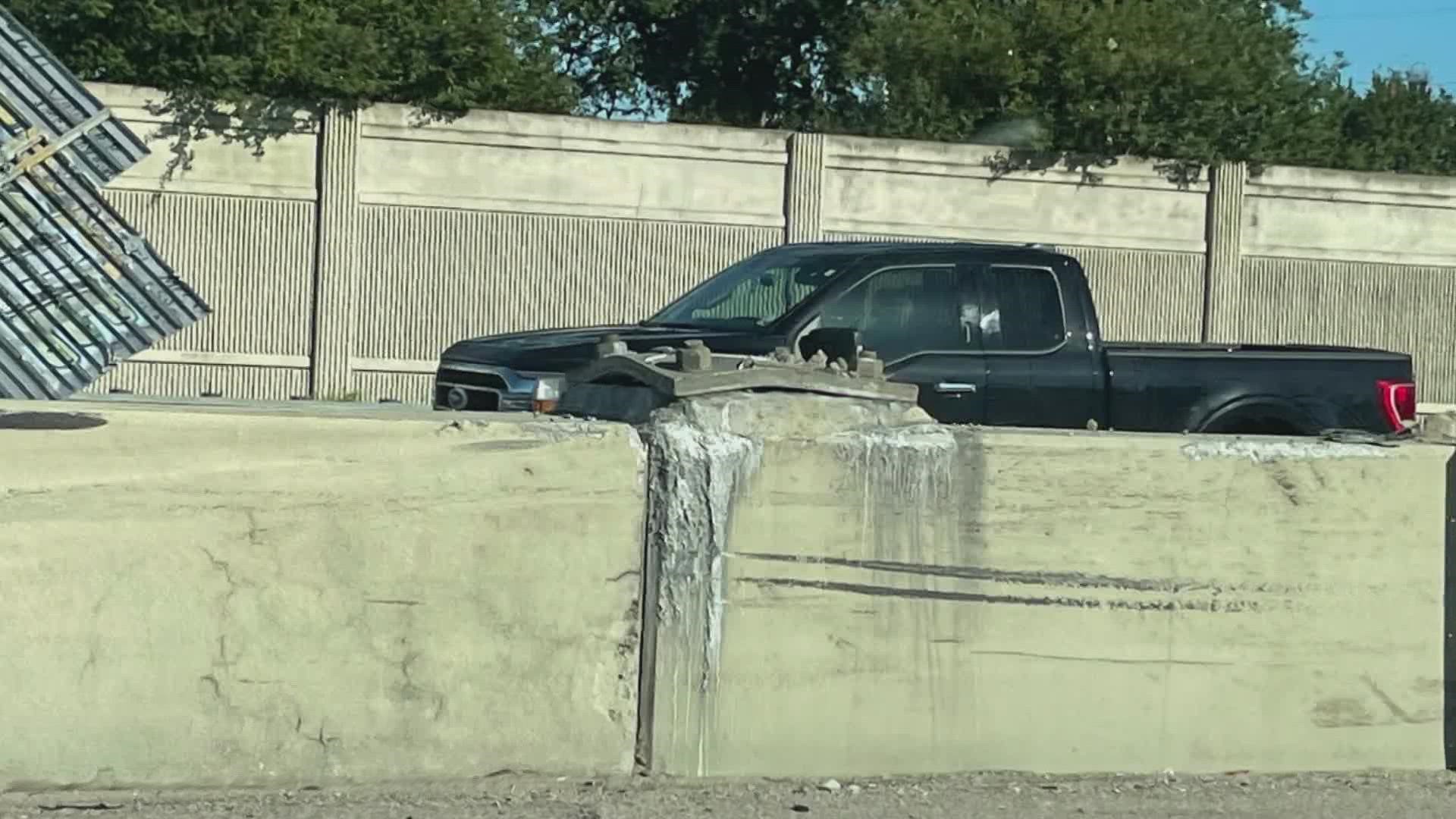 NEW ORLEANS — I-10 westbound was blocked at the West End off-ramp, where the structure holding up the exit sign collapsed, blocking all three lanes of traffic.

First reports from NOPD investigators at the scene said the dump truck driver lost control while they were driving eastbound, hitting the guardrail. Afterward, the dump truck caused the gantry to fall onto a vehicle and block traffic.

Drivers of both vehicles were taken to a hospital.

Two accidents happened in that area: One on the eastbound side; another on the westbound side, an NOPD spokesperson said.

The accident in the westbound lanes of the I-10 involved the collapsed sign, according to New Orleans Police Department Public Affairs Division.

1 / 6
Kayla Hurst
Here are some photos from the I-10 at the West End off-ramp. Damage to the sign from a vehicle is apparent.

Traffic was blocked in both directions. Paramedics and firefighters were at the scene, and several vehicles appeared to be damaged.

Traffic on the eastbound lanes was stopped temporarily for firefighters to access several damaged cars.

Louisiana Department of Transportation and Development trucks have moved the damaged vehicles from where the roadway.