I-10 most deadly highway in U.S. for holiday travel, study shows

Interstate 10 is one of the deadliest highways in America when it comes to holiday travel, the National Highway Safety Administration says. 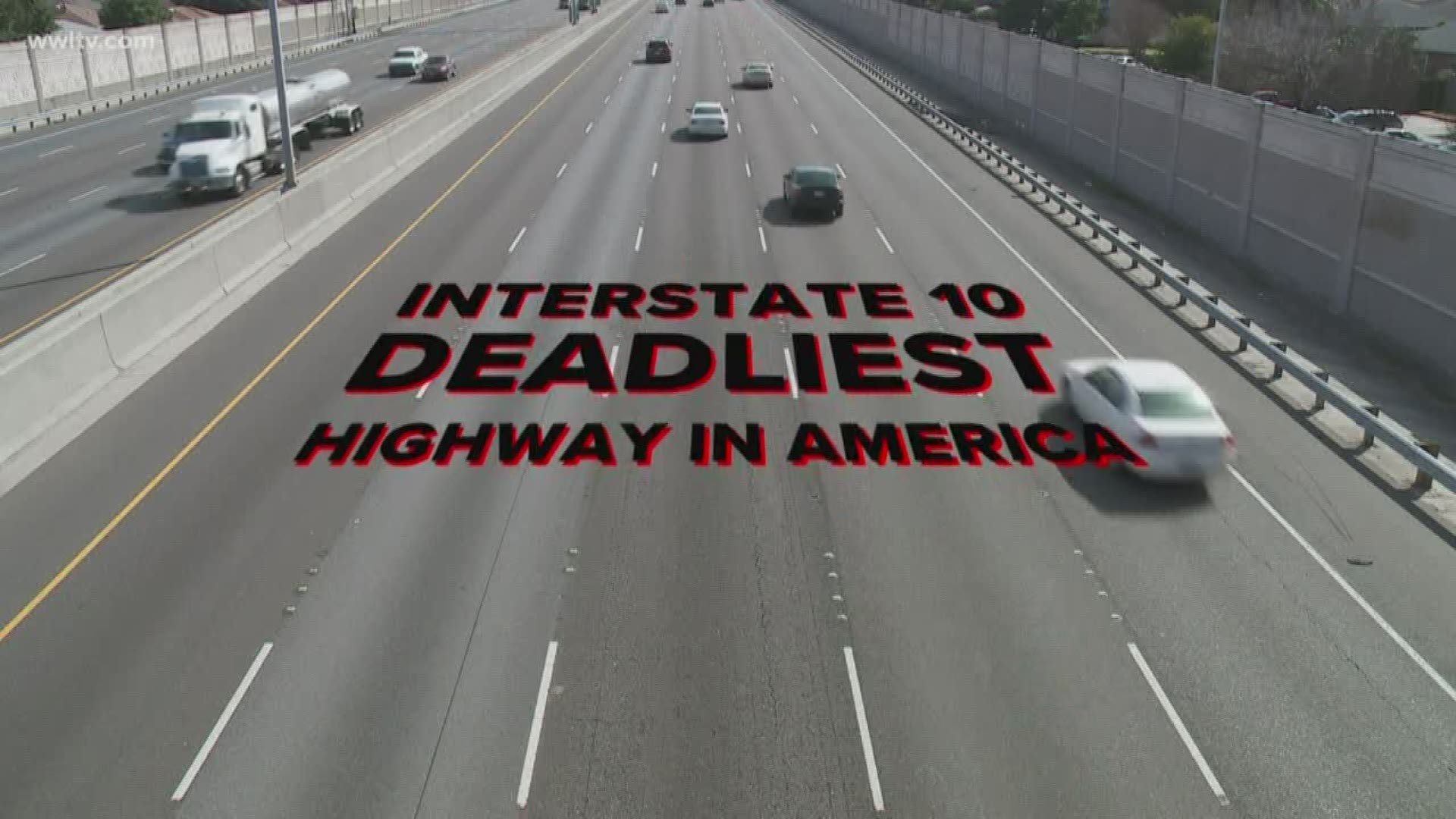 NEW ORLEANS — Nearly 50-million people are expected to hit the highways this Thanksgiving.

AAA expects Wednesday afternoon to be the worst travel period nationally, with trips taking as much as four times longer than normal in major cities.

"The biggest thing you want to do is allow yourself enough time to get to your destination will a little bit of time to spare," Kenner Police Traffic Division Supervisor Sgt. Jon Cryer said.

According to the National Highway Safety Administration, Interstate 10 is one of the deadliest highways in America when it comes to holiday travel.

Statistics show some of the most dangerous stretches of the highway in Louisiana are in Jefferson and East Baton Rouge Parishes.

Sgt. Cryer says you need to put down the cell phone and focus on driving.

"You're going to be sharing the road with a lot of drivers who are in just as much of a hurry as you are," Cryer said.

So, what should you do if you see a drunk driver on the highway? According to Kenner police don't engage the driver. Keep a safe distance.

And, if you're in Louisiana call *LSP. That will put you in contact with the Louisiana State Police.

"Wear your seatbelt," Cryer said. "Don't drink and drive yourself. Just be aware of what's going on around you. If you can do something that can grant a few extra seconds to make an evasive action, hit your brakes, anything like that it definitely puts the odds in your favor."

Sgt. Cryer speaks from experience. He was hit by a drunk driver while on patrol 10 years ago.

"Typically, you have little to no warning before that crash occurs, Cryer said. "The injuries and multiple surgeries, it's not an experience that I would wish on anybody."

RELATED: Thanksgiving, Truman and turkey: Here's how Americans almost had a turkey-free holiday

RELATED: Here are which stores are open, closed on Thanksgiving