No long waits for Thanksgiving travelers at new airport terminal

It looks like the new airport passed a huge test just three weeks after opening. 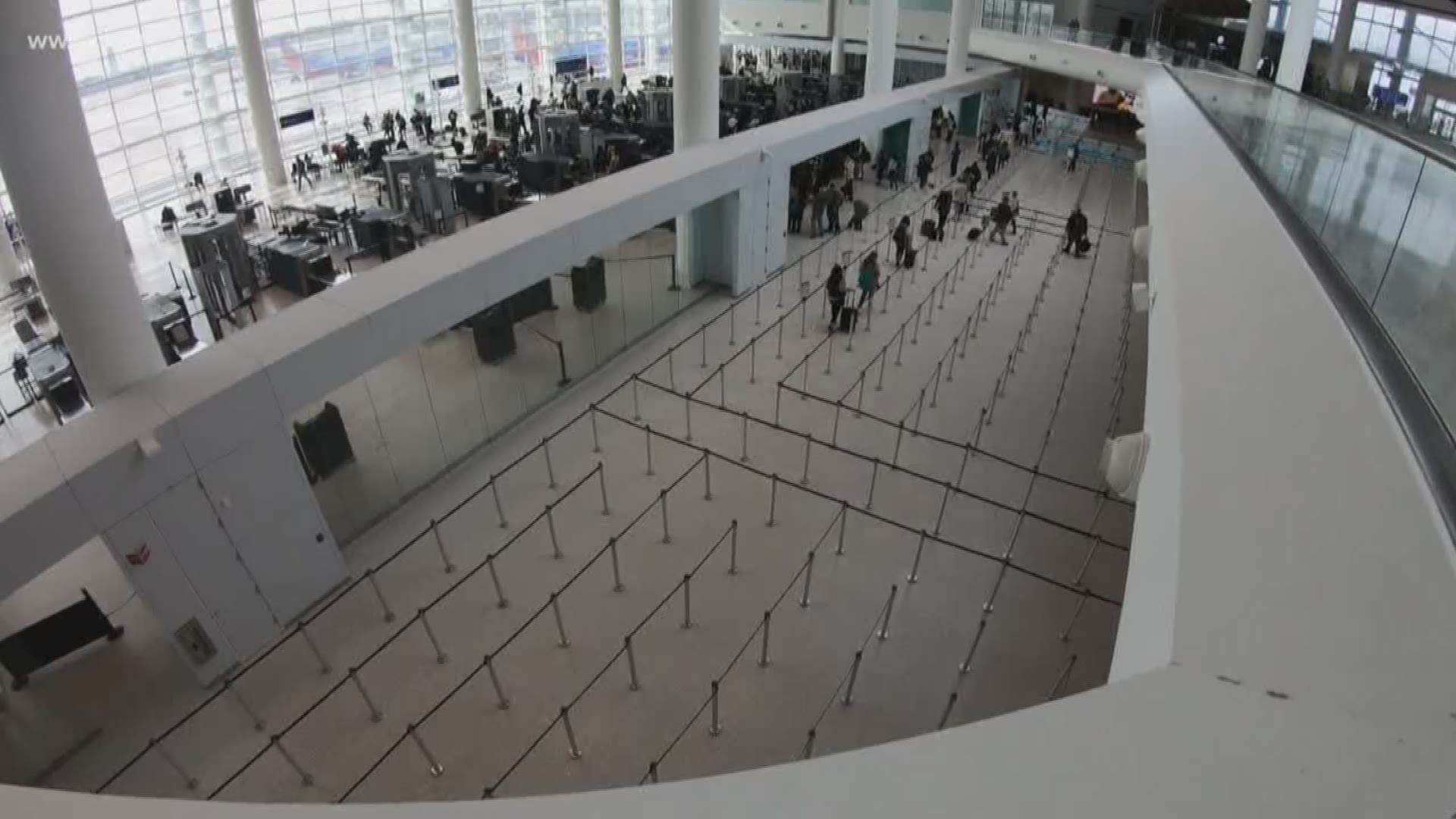 KENNER, La. — On one of the busiest travel days of the year, there was no problem making it through the security checkpoint at Armstrong International Airport. From the looks of things, the new terminal was meeting the holiday challenge.

360,000 travelers were expected to pass trough the terminal, which opened just three weeks ago, during the Thanksgiving holiday. As crowd sizes were peaking around 4 p.m. Wednesday, it took travelers about 10 minutes to get through security and on to their gates.

Lauren Ruppert was one traveler heading to Houston.

“For the day before Thanksgiving, this is fantastic, fantastic, it looks great. We still have to navigate this. It's just the beginning,” Ruppert said.

WWL-TV timed Ruppert as she went through security, around noon. It took her about five minutes to make it through the line.

Kelly Trammel was another satisfied customer. She came to the new MSY to welcome her son home from college in Boston. She described her experience at the airport as amazing.

“No problems at all. Parking was fast. Getting in was fast. It's so easy. It's fantastic,” Trammel said.

There were also no delays on I-10 or Loyola Drive getting to the airport Wednesday.

“Traffic has been steady with minimal delays both on I-10 and Veterans Boulevard for traffic coming in and out,” said Sgt. Jon Cryer with the Kenner Police Department.

Outside the airport, DOTD and Kenner police continued to tweak the traffic flow in and out of MSY.

RELATED: MSY to allow non-flying 'guests' past security after Thanksgiving

Nick Chabarria, a marketing producer at WWL-TV, was heading to Chicago and said the shuttle to the new terminal was quick and painless.

“I made some of the quickest times coming from the French Quarter to the airport driving. At the economy lot, the shuttle was right there to take the passengers and we made it over here in less than 15 minutes,” Chabarria said.

“I didn't expect a huge backup and long wait times, but it's been really a little cleaner than I expected,” Dolliole said.

Airport officials said they took a gamble opening the new terminal so close to the busy holiday travel season, but they used the last three weeks to prepare for the crowds.

Still, Dolliole cautioned that longer lines can form at any time during the holiday travel season. He recommended, like earlier in the week, for people to arrive two and a half hours before their flight.

RELATED: Clancy DuBos: A list of things to be thankful for this Thanksgiving