Photographer captures 'remarkable' pic of one of oldest-known grizzly bears

The popular bear, known as 399, was born in 1996 and has since captured the hearts of Grand Teton National Park visitors and animal lovers alike. 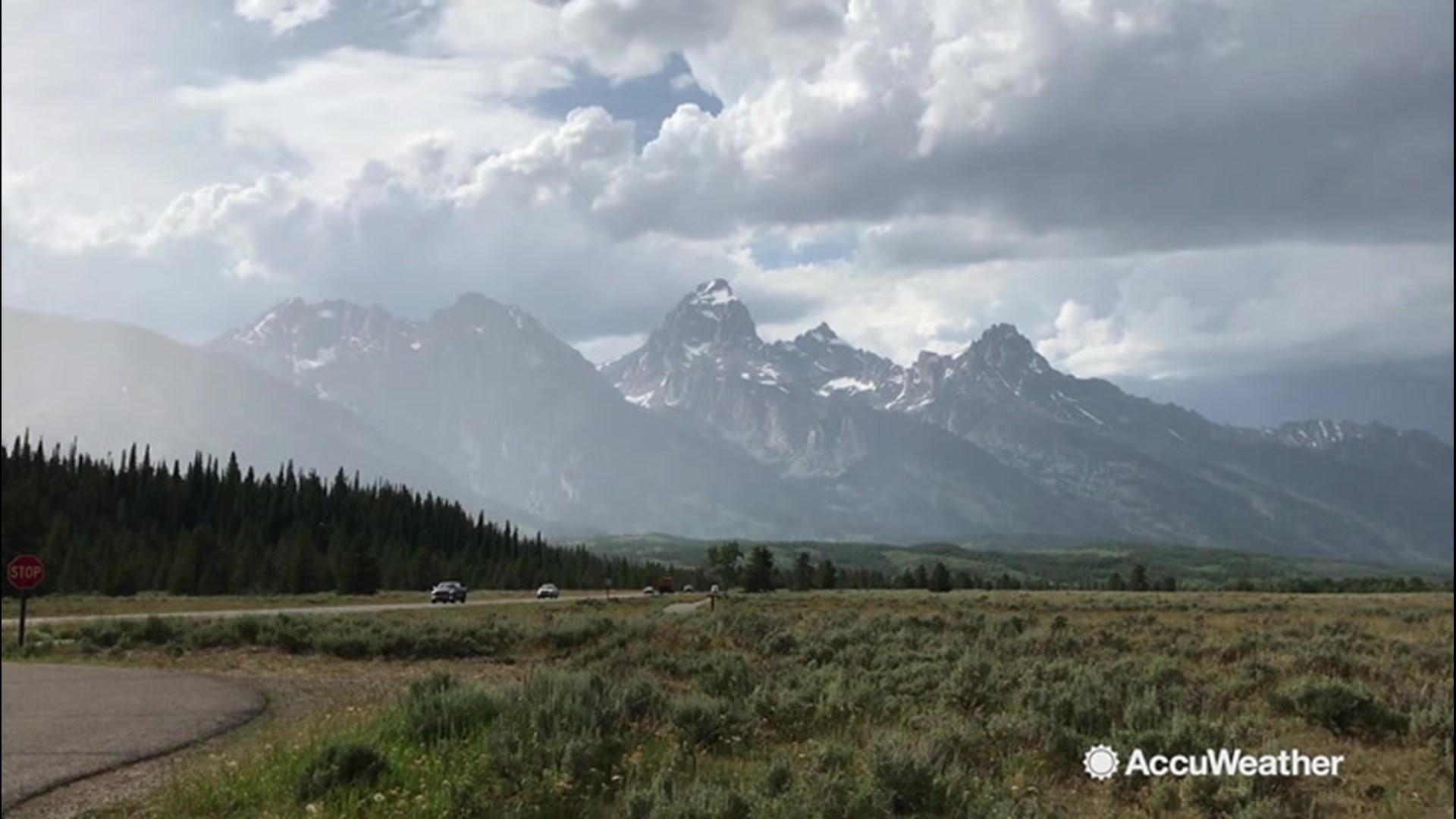 One of the oldest grizzly bears living outside of a zoo recently emerged from hibernation "miraculously" with four cubs trailing closely behind her. The popular bear, known as 399, was born in 1996 and has since captured the hearts of Grand Teton National Park visitors and animal lovers alike.

Those who have followed her journey for more than two decades were starting to wonder if the famous grizzly was unable to survive the harsh winter months in hibernation given her old age. A sigh of relief followed when people saw a photographer shared a photo he snapped showing that the famous bear not only had made it through hibernation, but also had given birth to four cubs.

According to a report in The Guardian, 339's four cubs were born over the snowy the winter in the mama bear's den, nestled deep in Wyoming's unforgiving wilderness. Grand Teton National Park is a 310,000-acre park located in northwestern Wyoming -- famous for the towering peaks of the Teton Range, which sprawls across a 40-mile stretch of the park. The rugged park is located just 10 miles south of Yellowstone National Park and faces harsh conditions during the wintertime.

"Grand Teton park received nearly 11 feet of snow this past winter. There were many nights over the winter when temperatures dropped below zero, even as low as 15 to 25 below zero during some of the colder nights," AccuWeather Senior Meteorologist Carl Erickson said. "Daytime temperatures often remained below freezing, generally in the 20s to lower 30s."

The park's website features a "safety in bear country" information guide, but the wildlife draws in visitors and photographers each year.

Photographer Thomas Mangelsen described the bear emerging this spring with four cubs as "a truly remarkable event for this 24-year-old bear!" in a post on Facebook.

"We have documented females producing cubs well into their early to mid-20s, but a litter of four at that age is definitely unique,"  Frank van Manen, a senior research biologist who oversees the Yellowstone region's Grizzly Bear Study Team, told The Guardian.

During her 24-year-old lifespan, the 350-pound bear has helped change the negative perception of the grizzly bear species thanks to her demeanor and calm presence. She is a true matriarch, with at least 22 descendants -- including the cubs she's given birth to and the cubs her offspring have grown up and birthed. She's the equivalent of a grandmother and it's possible she could become a great grandmother while still having more offspring of her own. The oldest grizzly in the region known to have cubs was 27 years old.

"Grizzly 399 stands to get a better look at the growing crowd of bear watchers. Her cubs are growing quickly, as they are noticeably bigger than when they first emerged a couple of weeks ago," Mangelsen said in another Facebook post.

The nature photographer, who lives near the national park, has been documenting 399 for nearly 15 years. Once Mangelsen saw 399 was alive, he sent a message to one of 399's most prominent admirers, British Primatologist Dr. Jane Goodall, to share the encouraging news.

After the grizzly population plummeted to fewer than 150 in the region, the Endangered Species Act in 1975 was put in place to protect the dwindling species. Grizzly bears made a comeback thanks to crackdowns on poaching, hunting and habitat protection.

Today, at least 700 grizzlies inhabit the region, however, while the rebound of the bear population has been positive, they still face many threats.

About half of those in 399's bloodline have died, according to The Guardian. One was shot by a hunter, another was killed for preying upon cattle and a few have been hit by cars.

Greg Balvin, a Wyoming-based wildlife photographer also captured still images and video of 399 and her quadruplets. He posted a video on YouTube, saying, "Grizzly bear 399 comes out of the den with four beautiful cubs," just a few days after the family emerged. His footage shows the cubs cautiously following their mama through a stream and getting acclimated to spring life in Wyoming. Watch it below: