'New Orleans was in the cone' | Why forecasts of Sally & Laura changed?

“Meteorology is not an exact science. There are still some things that we cannot model." 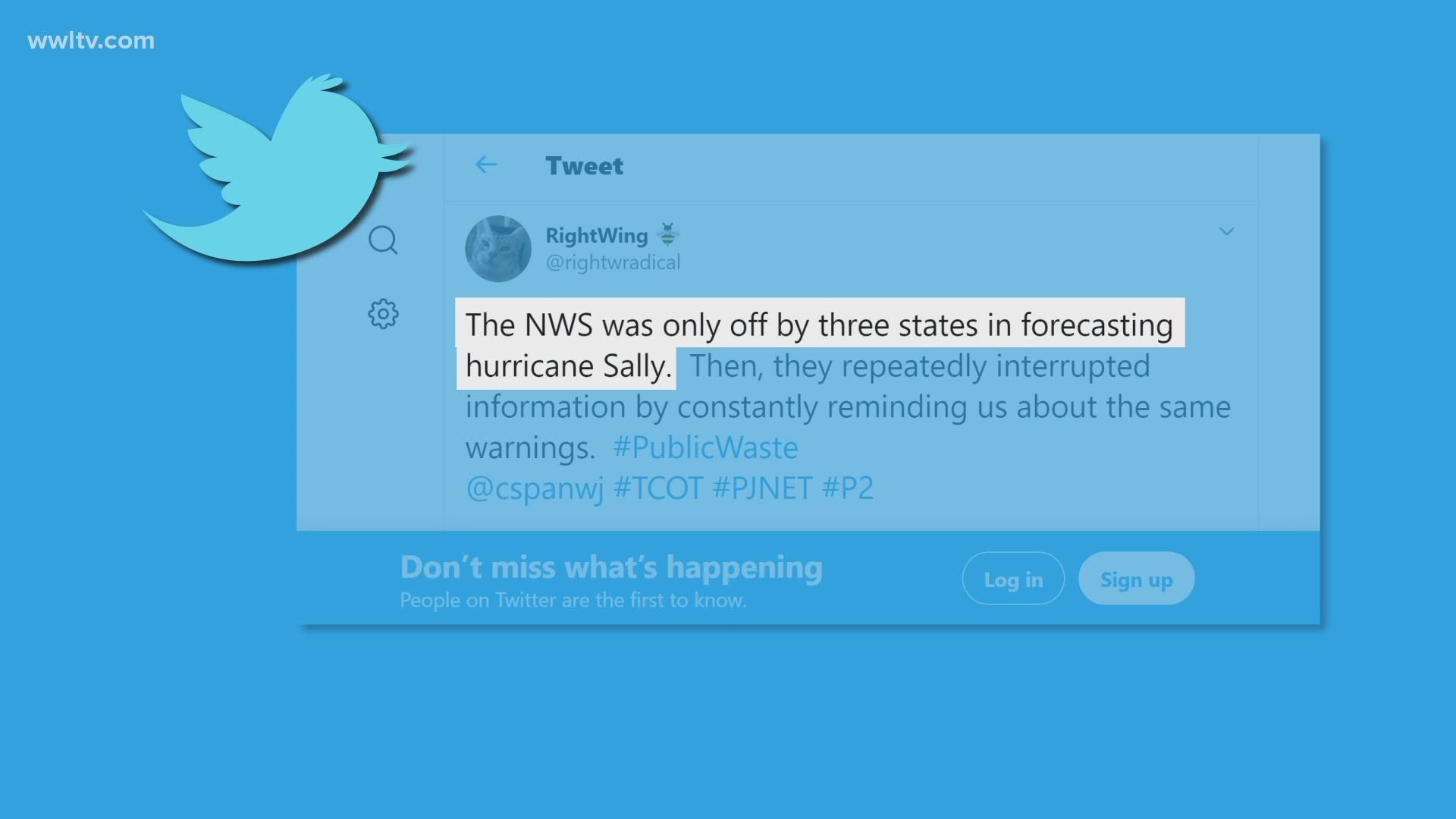 Southeast Louisiana began bracing for scenes like those you're now seeing in Alabama because of predictions from the National Hurricane Center. Roughly three days later, a storm once projected to go up the mouth of the Mississippi River, basically hit three states over. If you think forecasters got it wrong, Benjamin Schott disagrees.

“If you go back three or four days, New Orleans was in the cone, so also was Mobile and Pensacola at the time frame. They’re the ones that are feeling significant impacts from it,” said Schott.

He is the meteorologist in charge of the National Weather Service in New Orleans. He says, he hears the critics like “rightwing”, who posted on Twitter: “The NWS was only off by three states in forecasting Hurricane Sally.”  A Twitter user named Mason Hall asked, “Why was the forecasting for Sally so much worse than Laura?”

Schott pointed out the two storms were very different. Sally started off sloppy, which made it harder to pinpoint landfall.

“It was a very messy tropical storm, it had multiple centers all the way until it got deep into the northern Gulf,” Schott said. Advanced mapping, satellites and other equipment don’t guarantee complete accuracy.

“Meteorology is not an exact science. There are still some things that we cannot model. Computer models aren’t going to be perfect because we cannot model every piece of the atmosphere,” said Schott. So much is at stake with these storm predictions: people’s lives, their property, state and federal disaster money. We may criticize the imperfect nature of forecasting, but we may also have to ask, do we have a better option?

“I had everything packed up. I had my kids packed up, we were ready to go if we had to,” said Chris Hocott. We met Chris Hocott who was fishing on Wednesday. He understands the inconvenience of preparing for a storm that hits elsewhere. He’s a meteorologist with the Navy.

“It exhausts us sometimes when we get the forecast wrong, when it goes the other direction, but you got to think would you rather be safe than sorry?” said Hocott.

Given this region’s hurricane history, you don’t need fancy technology to predict the answer.