There is now an Excessive Heat Warning for the Northshore to Baton Rouge until 8 PM. Heat Index will be over 113°F. 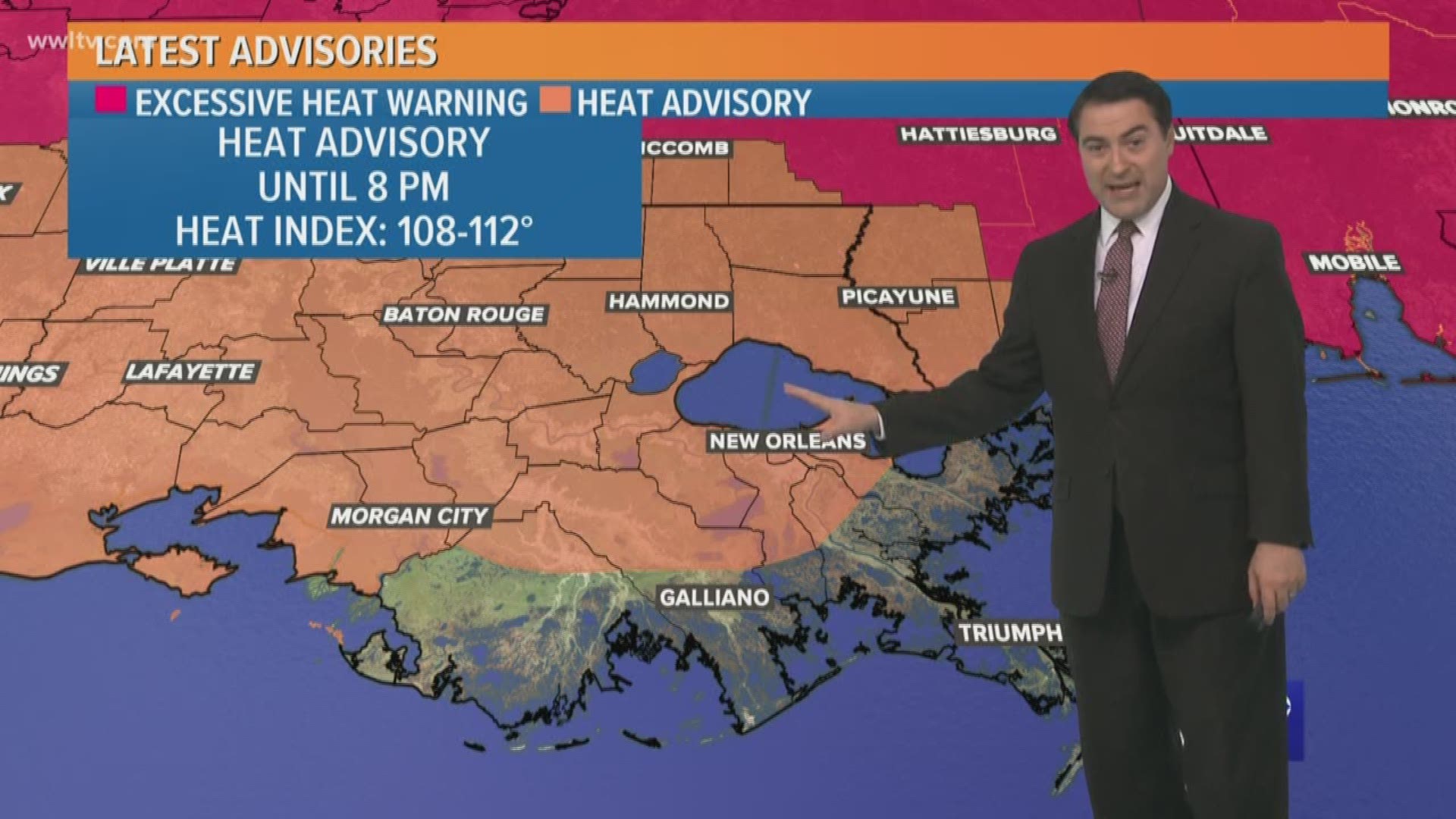 As of 10:20 a.m. Tuesday, an "excessive heat warning" is now in effect for the following parishes in the New Orleans metro area until 8 p.m. Tuesday: St. Tammany, Tangipahoa, Washington parishes.

Government forecasters say high temperatures in those parishes will be in the mid-90s with heat indexes above 113°F possible.

Coastal areas in Lafourche, Jefferson, Plaquemines, St. Bernard and Terrebonne Parishes are not under a heat advisory.

The NWS says temperatures in areas under a heat advisory will be in the low to mid-90s with heat index values between 108-112°F.

Take extra precautions. The combination of hot temperatures and high humidity will combine to create a situation in which heat illnesses are possible. Know the signs and symptoms of heat exhaustion and heatstroke. Heatstroke is an emergency, so call 911 if you detect the symptoms. 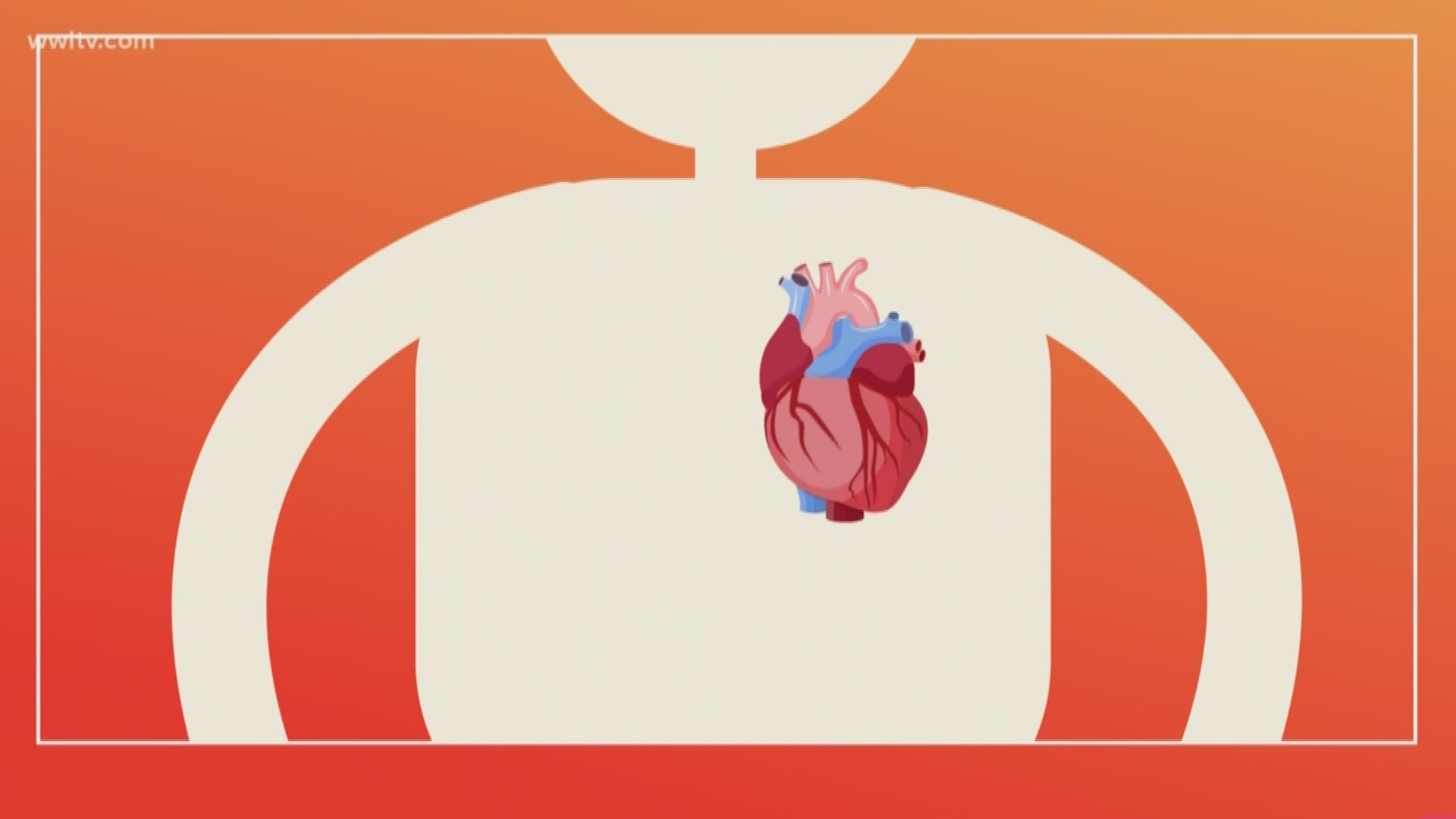 Heat exhaustion or stroke may set in if individuals or pets are not adequately cooled or hydrated. Drink plenty of fluids, stay in an air-conditioned room, stay out of the sun and check up on relatives and neighbors. Take extra precautions if you work or spend time outside.

Wear lightweight and loose-fitting clothing when possible and drink plenty of water.

Forecasters are warning about days of scorching, dangerous heat gripping a wide swath of the U.S. South and Midwest, where the heat index on Monday eclipsed 120 degrees in one town and climbed nearly that high in others.

With temperatures around 100 degrees at midday and "feels like" temperatures soaring even higher, parts of 13 states were under heat advisories, from Texas, Louisiana and Florida in the South to Missouri and Illinois in the Midwest, the National Weather Service reported.

"It feels like hell is what it feels like," said Junae Brooks, who runs Junae's Grocery in Holly Bluff, Mississippi. Around her, many of her customers kept cool with wet rags around their necks or by wearing straw hats.

Some of the most oppressive conditions were in Louisiana, Arkansas, Mississippi and Oklahoma.

The heat index soared to 121 degrees by late afternoon in Clarksdale, Mississippi; and to 119 degrees in West Memphis, Arkansas, the weather service reported. Similar readings were expected in eastern Oklahoma.

In Alabama, the temperature hit 100 degrees with a heat index of 106 degrees by mid-afternoon in Birmingham, the state's largest city.

"You are more likely to develop a heat illness quicker in this type of weather, when it's really humid and hot," said Gary Chatelain, a National Weather Service meteorologist based in Shreveport, Louisiana, where a wet summer contributed to high humidity.

More of the same is in store for Tuesday, when heat and humidity will again make for dangerous heat indexes over a wide area. However, an approaching cool front should help ease the intense heat by Wednesday in some areas, Chatelain said.

"If you're going out in the summer, prepare for the worst," he said.

EYE ON TROPICS: All quiet in the Atlantic for now