'I was not expecting that', Claudette cleanup underway in Slidell

“I’m having to almost swim through my yard to get to my cars to then get out,” said Rosson. 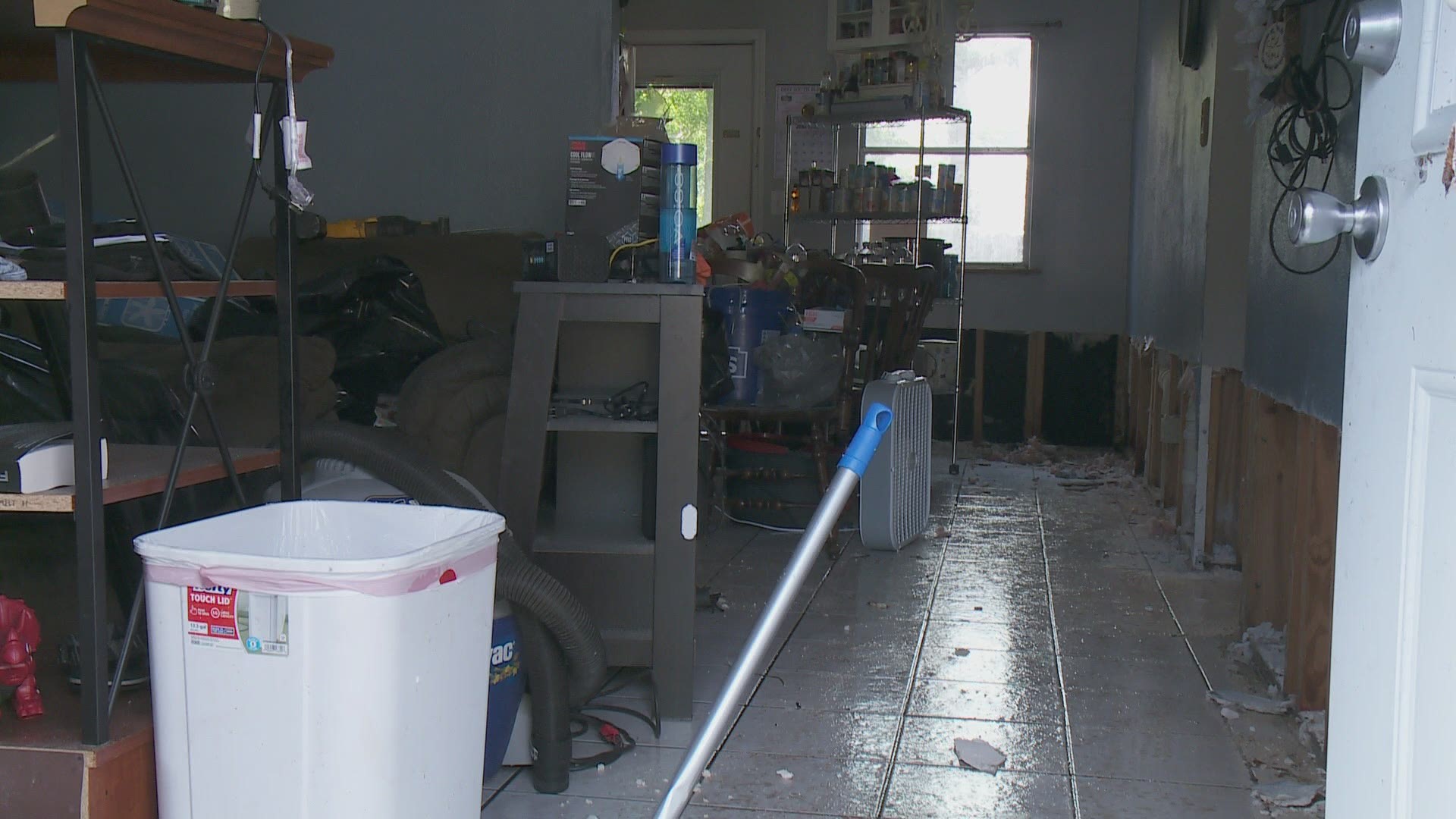 SLIDELL, La. — At the Rosson family home on Chinchas Creek Road in Slidell, work began around noon Saturday, gutting the inside, becoming a pile of debris outside.

Sounds of sawing sheetrock are part of cleanup thanks to Tropical Storm Claudette.

It’s a storm Amanda Rosson, like many others, thought would just be some rain when she went to bed Friday night.

“It turned into waking up at 12 o’clock that we’re flooding,” said Rosson.

By 1:30 a.m. Rosson said the water inside her house was up to her ankles.

“Outside it was around my calves,” said Rosson.

Having two small children she and her husband called 9-1-1, unsure they would be able to get out of their neighborhood.

“I’m having to almost swim through my yard to get to my cars to then get out,” said Rosson.

Down the street, Ethan Young spent part of Saturday trying to dry out his truck, which got flooded while visiting his daughter and son-in-law.

“I’d say it was probably that deep in the floorboards,” said Young held up his hands showing about 5 inches.

Young said they were all asleep during most of the storm and didn’t know how bad it got until they walked outside.

“I was not expecting any of that. We had water all the way up, you can see the water line on the house,” said Young’s son-in-law Matthew Pitre.

Thankfully the water didn’t get inside. If it did, they wouldn’t have been able to leave.

“It was completely flooded. We couldn’t get out. There was no way we could have gotten out. We saw somebody walking down the road and it was up to their waist at least,” said Christina Pitre.

Even through Hurricane Zeta last year, the Pitres said the water has never gotten that high in the three years they’ve lived here. That’s the same story back at the Rossons.

“The last hurricane season the worst we had was a tree fall in our backyard from Zeta and that was it but this is the first time that we’ve had flooding in our house, since we’ve had the house,” said Rosson.

The Rossons are staying with family while they get their home fixed. They don’t expect to be back inside their home for at least four to five days.

RELATED: How did Claudette get its name?