“The preparations are getting kind of like muscle memory after last year’s hurricane season obviously was so active,” said St. Charles Parish President Matthew Jewel 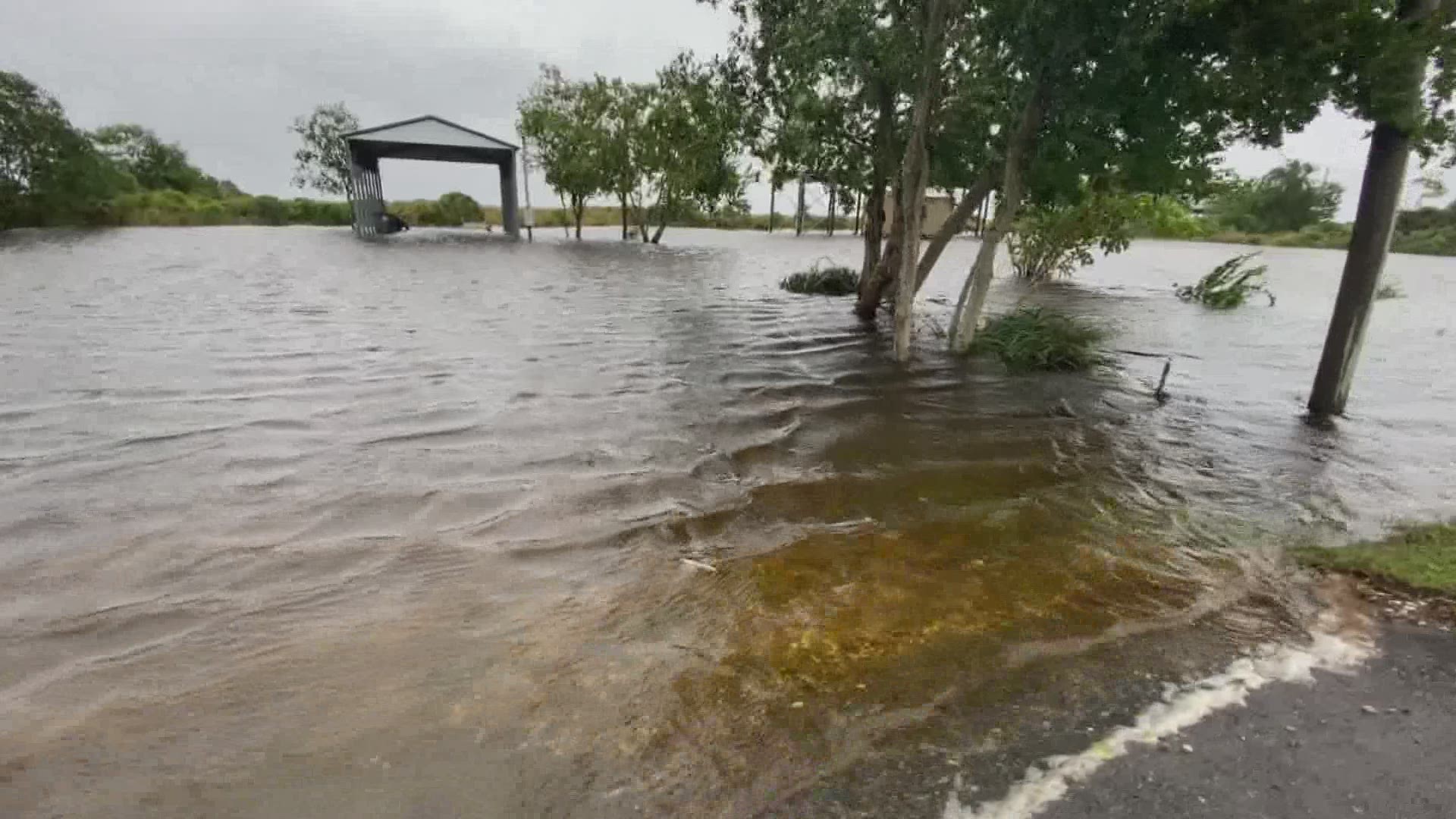 ST. CHARLES PARISH, La. — Elected officials in parishes across Southeast Louisiana are preparing for rain and possible flooding this weekend.

Thursday afternoon, crews from Jefferson Parish were cleaning catch basin after catch basin in River Ridge; cleaning up for the first unwelcome visitor of hurricane season.

“We’re preparing for something we don’t know exactly what’s going to happen. Although we do know that we’re gonna get rain. So, the only unknown is – where is it going to make landfall?” said Timmy Gautreaux of Jefferson Parish Emergency Management.

Outside the levee protection zone, in places like Grand Isle and Lafitte, eight temporary pumps are in place.

The pumps will likely stay in place throughout hurricane season. The last two went into place Thursday. They’ll mostly be tasked with clearing out vital roads, like Louisiana Highway 1.

In St. Charles Parish, neighbors are slinging sandbags, hoping to avoid a repeat of the flood events seen in 2020.

“The preparations are getting kind of like muscle memory after last year’s hurricane season obviously was so active,” said St. Charles Parish President Matthew Jewell.

Jewell says his parish has a 24-hour Emergency Operations Center that is staffed and ready to go. He says he’s feeling relieved by some of the major improvements done to the parish’s drainage system between last hurricane season and now.

“The good news is that we’ve been working really hard since last year to widen canals, address neglected maintenance on our canals, we’ve upgraded one of our pump stations as well with a bigger pump,” said Jewell.

St. Bernard is focused on pumps, too. Parish President Guy McInnis says if there’s too much rain too fast, there could be a big issue.

But because this storm will likely be more of a rain event, rather than a storm surge, the concern lies within the levee protection system.

“This is really more of an ‘inside the levee system’ problem. Because when it rains, we’ve gotta pump all the rainwater over our drainage ditch,” said McInnis.

On the North Shore, all eyes are on the rising rivers. Saint Tammany Parish is asking residents to take the storm seriously, especially those in flood-prone areas or those along the water.

On the north shore – Saint Tammany is asking residents in flood-prone areas to take the storm seriously.

“Stay vigilant about what’s going on with this event. We’re watching the rivers also. We know that they’re going to start coming up tomorrow midday and it’s probably gonna take them at least 24 to 48 hours until they begin to drop,” said Clarence Powe of St. Tammany Parish Homeland Security.