The Sewerage and Water Board Director said problems included too much rain in a short period of time and the loss of an important power-generating turbine. 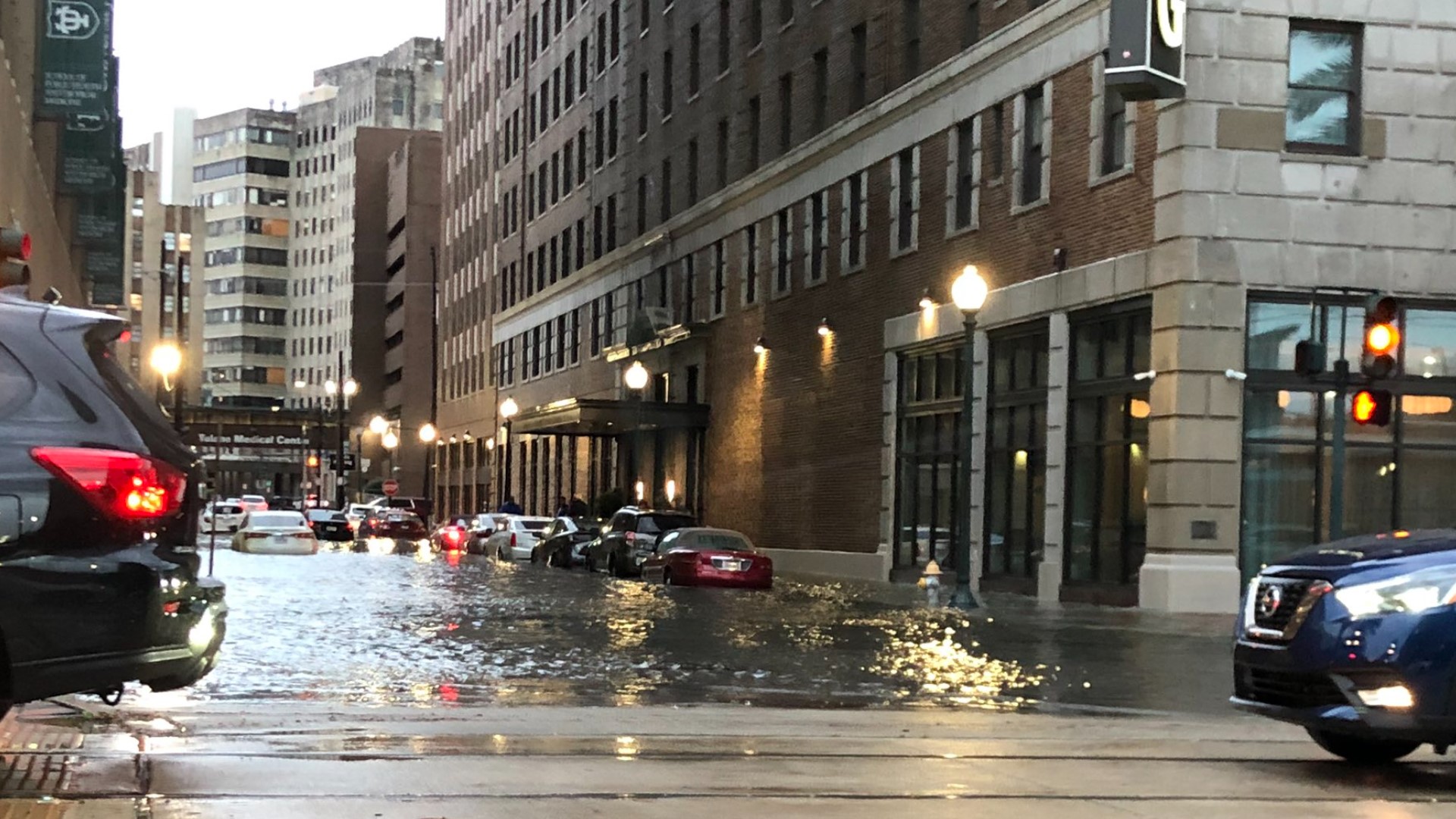 Already working without Turbine 5, the system lost Turbine 4 for nearly two hours as the streets filled with water.

S&WB Executive Director Ghassan Korban said that Turbine 4 tripped offline. He said as we head into the heart of hurricane season, the city's system is as weakened as it has been in some time.

Nearly five inches of rain in two hours in some parts of the city didn't help.

"It was more rain than our system could handle," admitted Korban. "Our pumps were operational, but at 8:52, T4 (turbine 4) tripped off line. The loss of T4 slowed our ability to drain the city, but the street flooding had already begun."

The National Weather Service issued a flash flood warning for parts of Orleans and Jefferson as heavy thunderstorms rolled over the area around 7 a.m.

In the span of about four hours, more than three inches of rain fell in some areas, including Downtown New Orleans. 3.38 inches of rain were recorded at the Lakefront Airport and 2.75 inches were reported at the New Orleans Airport (MSY)

According to Streetwise NOLA, which maps flooded streets reported around New Orleans, more than 100 streets were partially or completely covered with water by 9 a.m.

The rains came two days after Tropical Storm Cristobal soaked the grounds around Southeast Louisiana and caused tidal flooding near lakes and rivers.

Sewerage and Water Board of New Orleans officials said they responded to the rain and have all 99 drainage pumps available -- although they said earlier this week that residents had to prepare for flooding when dealing with the city's outdated drainage system.

As always, they said, the public will have to wait for the "after-action" report to see how exactly the utility performed.

A cold front will move through today with scattered showers and storms until the early afternoon. Some could be stTong with gusty winds and small hail. SPC has put the Mississippi coast and eastern Orleans and St. Tammany Parishes under a Marginal Risk (1 of 5) for severe weather today. Watch out for a few downpours too.  Once the cold front moves through, we will not cool down, but the humidity will start to drop with plenty of sunshine. It will be a hot day, but the lower humidity will make it feel more comfortable. High temperatures will be in the lower to mid 90s. Tonight will be clear, cooler and much more comfortable. Lows north in the 60s and south in the 70s.

An area of high pressure will build over the Arklatex on Thursday and Friday. We will have plenty of sunshine with less humid air. It will be hot with highs around 90. Enjoy this break in the humidity!

Weekend Outlook: The area of high pressure slowly moves east of Louisiana on Saturday. We will be partly cloudy and hot, but still less humid with highs in the 90s. Another weak cold front will move through on Sunday. This will just bring us a reinforcing shot of less humid air. We will be mostly sunny and hot with highs in the lower 90s. Make sure you get out and enjoy this less humid air! We know that it will be back soon and last into October. 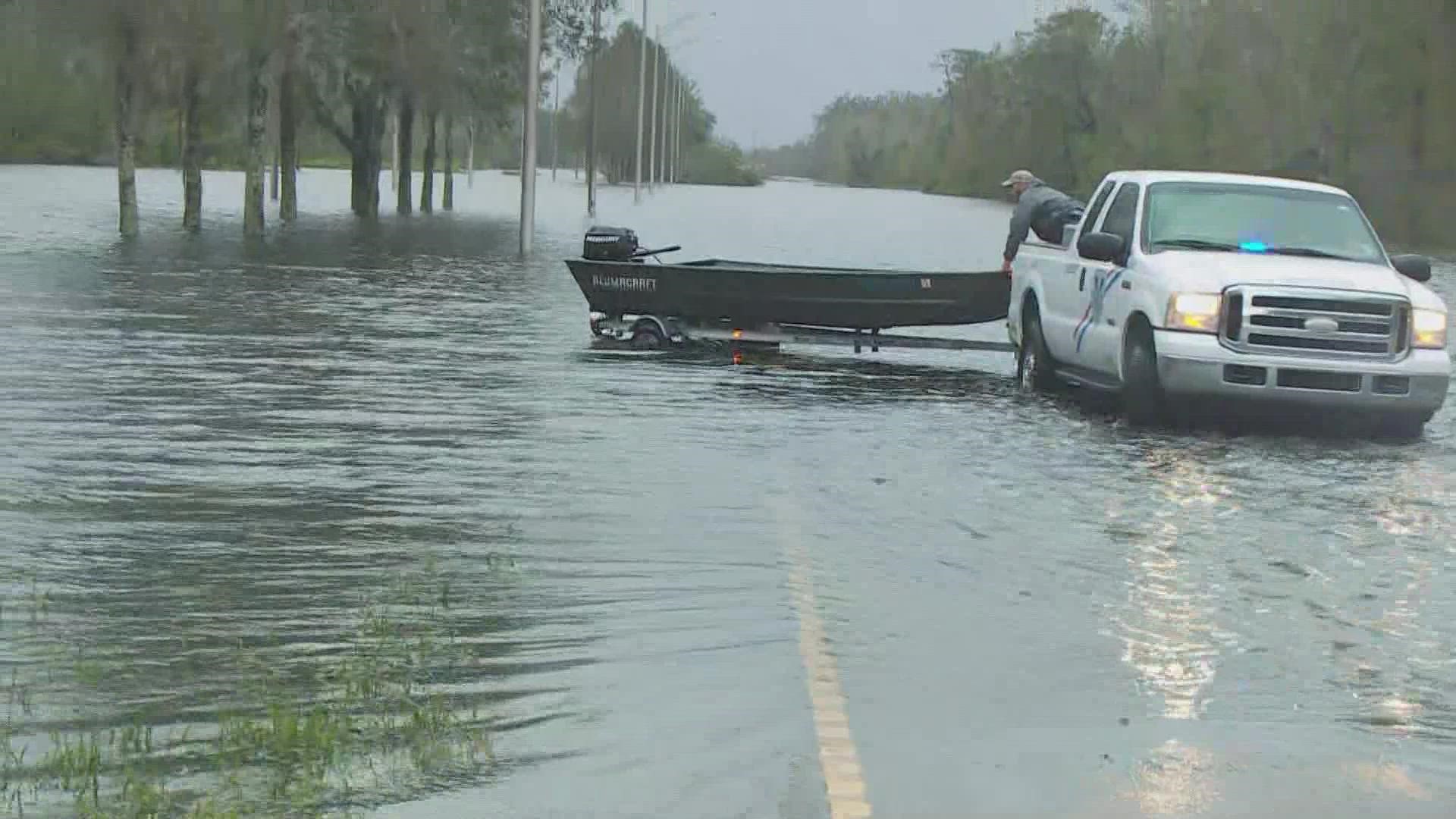