Three weeks after the historic flood inundated thousands of homes across the state, Fournet still has to ride a boat back to his house.

“The first day the river came up ... I figured ok, not too bad. I’ll go to bed and wake up tomorrow and I’ll really get moving,” Fournet said. “I woke up the next morning and it was a solid lake all the way around my house.”

The rain poured for four days straight, dropping nearly an inch-and-a-half of water on the property every hour. It’s draining painfully slow for Fournet, who can only take inventory and try to salvage a few small areas until the water recedes.

“It’s so daunting that it’s depressing,” Fournet said. “I started running around trying to get stuff out of the water … The task was so over whelming that I just gave up. There was no way I could do it.”

If you would like to help the Fournets recover, please visit their GoFundMe Page

Thankfully for Brian, the Fournets are a close family. Brian’s brother, Stephen Fournet, came out along with a few other family members to help save what they could while the water kept rising around them.

“That was the turning point for me,” Brian said. “At that point I had help. So I grabbed the floor jack and we just started jacking up cars, trucks, tractors, everything.”

Even with what they saved, Brian estimates that he lost over $300,000 worth of equipment in the flood.

Equipment that took 75 years of work to accumulate was gone in the blink of an eye.

“For me, equipment out here is everything,” Brian said. “The tractor is so important. All the pumps and stuff like that is so important because you need it to function on the farm.”

On top of that, it could be a year before the farm is ready to host the horses, cattle and crawfish that call it home.

“The property is being leased to a cattle rancher,” Stephen Fournet said. “He’s done a fantastic job of maintaining the property for hay production. But now with this water sitting on there, it’ll sit there for another week or two, the grass will be dead. We’ll be lucky if we don’t lose the tenant overall.”

1 / 25
<p>Brian Fournet looks out over his flooded farm from the front porch of his home. The water has receeded just enough to let him begin repairs on the home he hopes to return to soon.</p>

The crawfish may be a total loss this year according to the Fournet brothers. With brackish water standing in the crawfish ponds, cutting off their oxygen supply, Brian suspects there won’t be a single mud bug left to boil.

“With all those dead fish in the pasture that means I’ve got dead crawfish too,” Brian said. “I think the season is finished before it even started.”

“They first come out here and they’re kind of spooked, kind of jittery,” Brian said. “Then they have nice long lives out here because they live stress-free. My wife takes good care of them.”

Brian said Gay uses these horses as a therapeutic tool for local children, helping them build confidence in themselves.

“(These kids) have complicated pasts, problems in their lives, but she gets them on these horses and tells them ‘you are the boss, you have to tell them what to do’. All of the sudden that kid starts poking out his chest and is just ‘Hey! I’m large and in charge!’” Brian said. “It’s amazing to see.”

Those horses are now spread across Lafayette and St. Martin Parish thanks to the kindness of friends and strangers.

“We’ve already got people that are buying hay for us. (Former St. Martinville Mayor) Eric Martin and his family are boarding some of our horses right now,” Brian said. “They’re in these wonderful stalls and this nice little pasture for no charge. They’re just opening their doors for us, it’s very generous.” 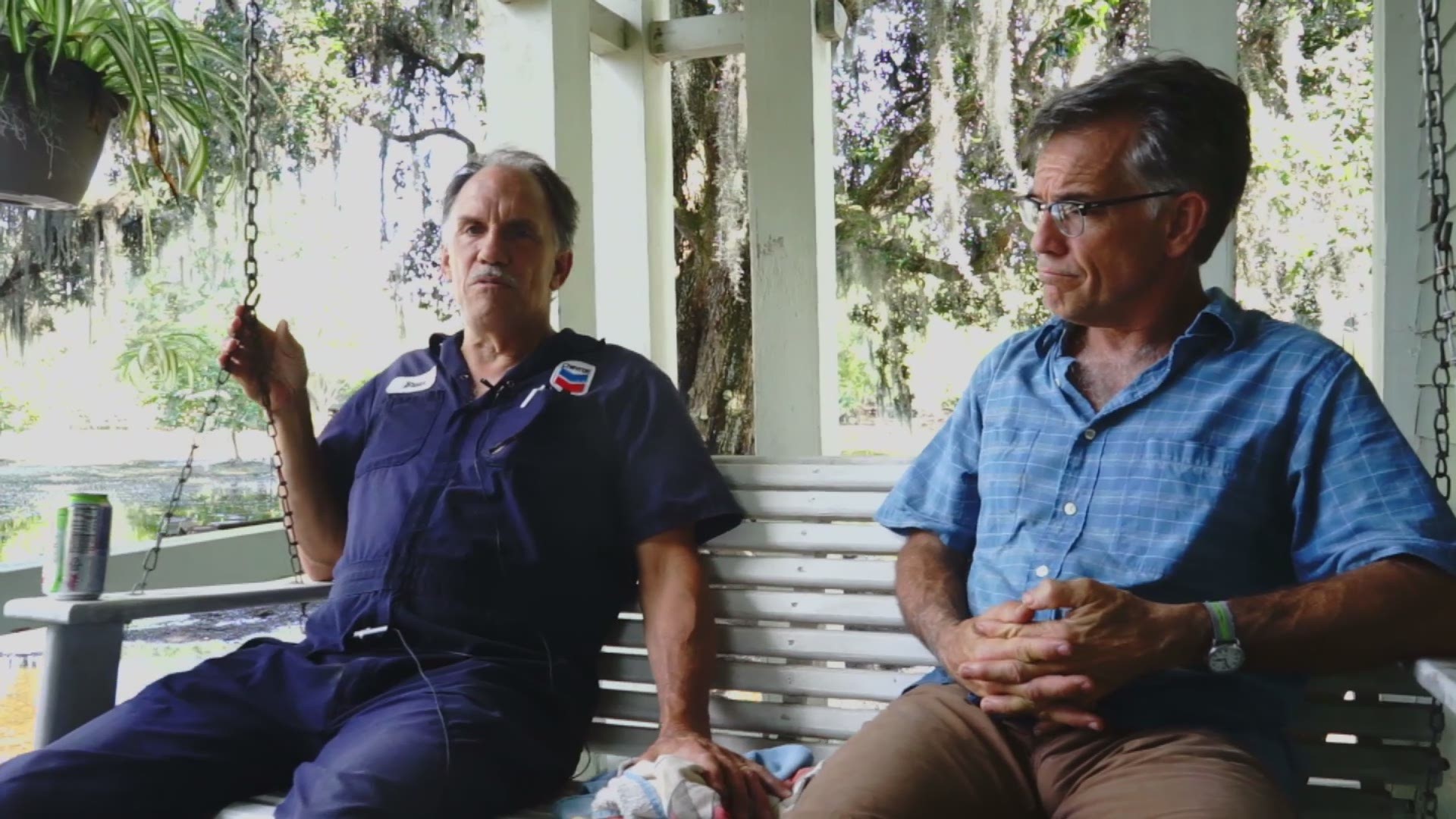 The same goes for a couple Brian and Gay hadn’t even met until the flood. They’re hosting seven of the Fournet's horses until the farm is ready for them again.

“The horses might not even want to come back,” Brian said. “I wouldn’t! It’s nice and high over there.”

For now, the Fournet family is focusing on rebuilding their home and salvaging what they can. A GoFundMe page has been set up by family members to get them started.

“It’s so daunting that it’s depressing,” Brian said. “What I’ve got is nothing compared to what’s happened to some other people out there. I’m just glad I’ve still got my wife and everybody I happy and healthy. With a good wife you can cross all the bridges, you know what I mean?”