The heaviest rain and surge will move in throughout Sunday. The heavy rain threat will continue into Monday 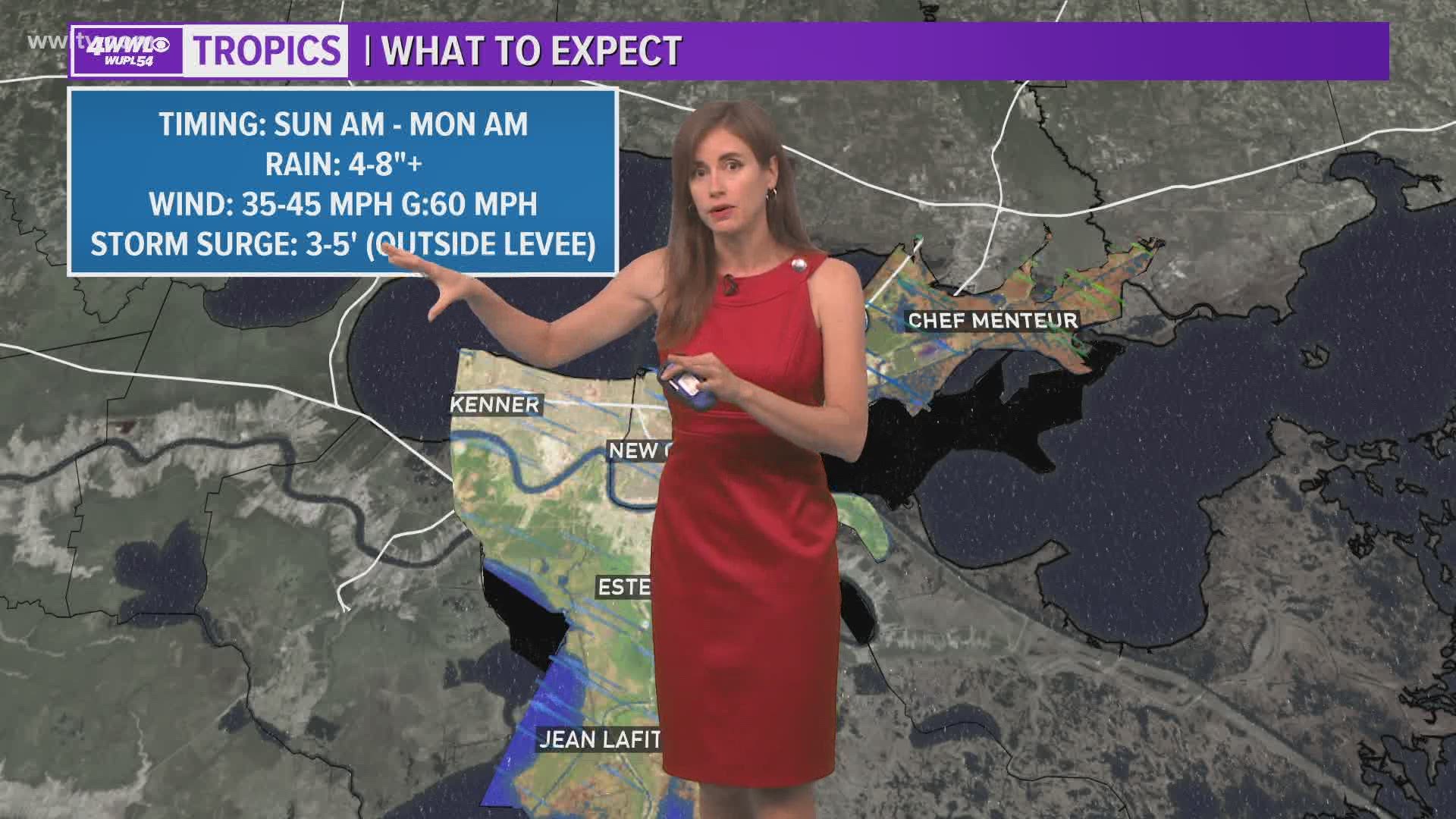 NEW ORLEANS — 4 PM Saturday update on #Cristobal: There are no big changes from earlier today... winds are still at 50 mph, movement is to the north at 12 mph. Not much strengthening is forecast due to dry air & some wind shear. It's expected to make landfall along the central/southeast Louisiana coast Sunday afternoon/evening.

Rainfall still appears to be our greatest threat, especially areas that fall under one of those bands. Widespread 4-8" are possible, with a potential for 10"+ in isolated areas. Rain totals should drop off as you head west of the New Orleans metro.

Storm Surge Warnings are in effect, where locations from the mouth of the river to Ocean Springs, MS could see 3-5' Areas from Grand Isle to the west could see 2-4'. We expect a rise of 1-3' in the lake.

Winds late Saturday through Sunday night could near 30-50 mph sustained with gusts over 60 mph especially along the coast. Some damage is possible from winds. Especially in spots that get lots of rain, uprooted trees could be a concern as well.

Cristobal will be far inland and weakening on Monday, but it could still pull heavy rain bands over parts of our area especially in the first part of the day. The heavy rain threat will still be with us until Monday night.

Only scattered rain is expected Tuesday and Wednesday. A little front will pass through with some slightly less humid air on Thursday. That will bring mainly sunny, dry and slightly less humid (but still hot) weather Friday and this upcoming weekend.

Tropical Update: Click here for the latest forecast on Cristobal.