How will Midwest flooding impact Mississippi River in Southeast Louisiana?

Not to worry: The Mississippi River in New Orleans is cresting now, just below flood stage, at 17 feet. Levees protect all the way up to 20 feet. 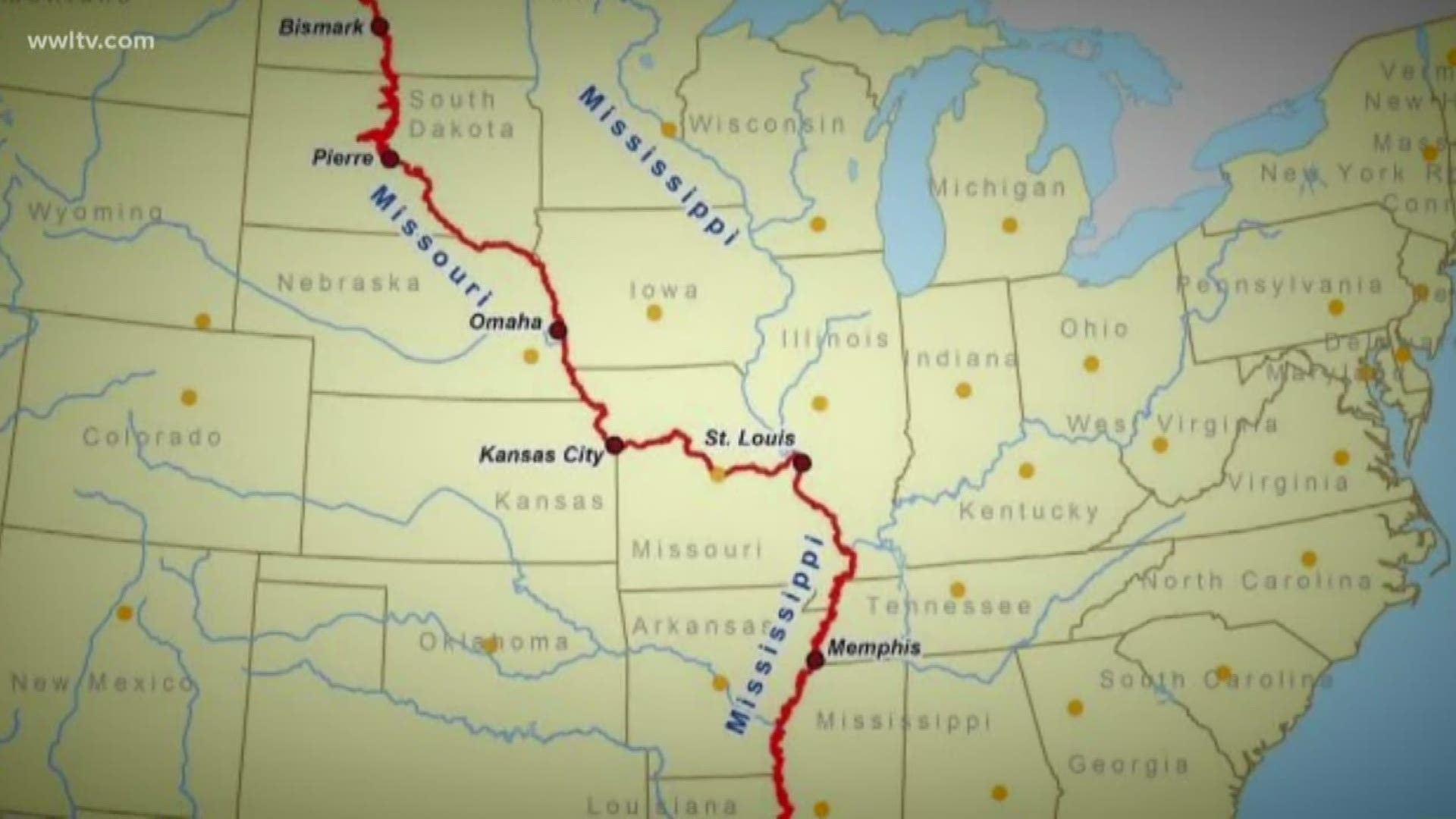 NEW ORLEANS — Incredible images of flooding along the Missouri River – fields and neighborhoods that now look like lakes in Iowa, National Guard helicopters dropping sandbags near Fremont, Nebraska – have caught the nation's attention.

The flooding is a result of a powerful low pressure system that intensified quickly, dumping inches of rain and snow late last week.

The Missouri River feeds into the Mississippi River at St. Louis, so, how will it affect those downriver in Louisiana?

Not to worry: The effect here will be much more subtle. The Mississippi River in New Orleans is cresting now, just below flood stage, at 17 feet. Levees protect all the way up to 20 feet.

National Weather Service hydrologist Pat Brown said it is forecast to gradually fall through the end of March.

A secondary rise due to upriver flooding is expected here in early April but it's not expected to be as high as the current crest.