“Mind you, all of this happened in the midst of the storm and it wasn't a normal day for anyone,” he said. 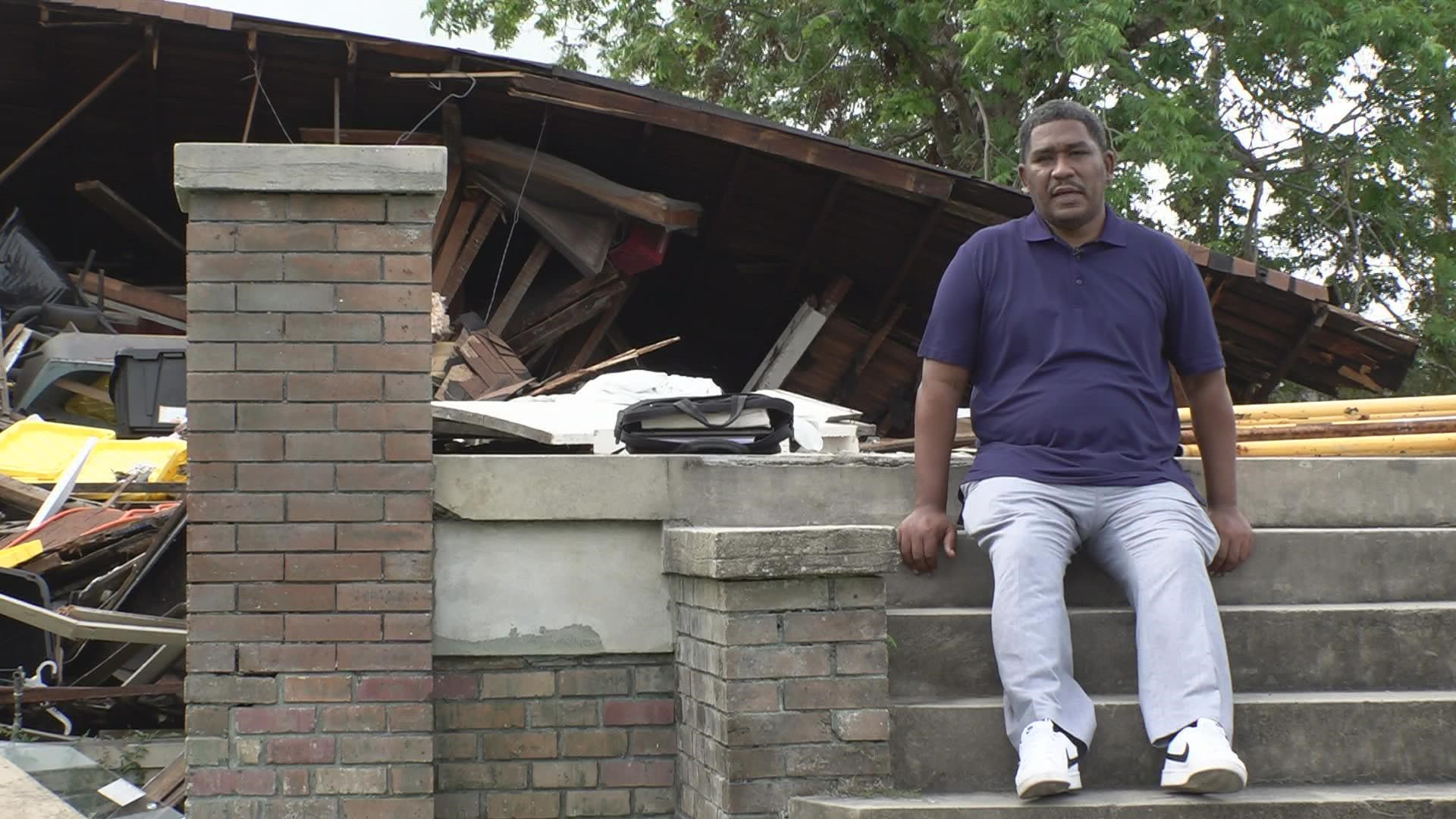 NEW ORLEANS — NEW ORLEANS – D'art Stovall worked with his own two hands to restore his family home in the Freret neighborhood after Hurricane Katrina damaged it back in 2005.

But all that work was for naught.

On the 16 anniversary of that storm, Hurricane Ida left the house partially collapsed.

Stovall rode out Ida in the home, which has been in his family since 1978 and knew about the damage.

He didn’t know the city would swoop in and tear down what was left.

“(I) came back a few days later, and pretty much what you see now,” he said Thursday while sitting on his front steps, which lead up to a lot full of debris that was, until recently, his home.

The house is basically nothing more than a memory to Stovall.

What little was left to salvage, looters made off with.

“It's almost like being in a fight and this is another punch,” he said.

Stovall -- who works in the city's code enforcement department -- worked for years to transform the home from a post-Katrina eyesore to a home that meets city standards.

In an odd twist, it was his department that tore down his home with little warning.

He chalks it up to confusion in the aftermath of the storm.

“Mind you, all of this happened in the midst of the storm and it wasn't a normal day for anyone,” he said.

Stovall didn't have insurance on the house.

He said he’ll now have to clear the lot at his expense while hoping to start anew, but it won't be easy.

Stovall said he hasn’t been himself since the storm, but he does what he can to make it through each day.

“Sometimes you run on fumes and you do what you must. And in this case … it is here for me to deal with. I'll do what I must. I'll deal with it. That's all that I can (do).”

GoFundMe accounts have been set up for Stovall at the following links:

RELATED: NOPD: Photos of 6 wanted for looting during aftermath of Ida