Even the damage from Hurricane Ivan in 2004 doesn't compare. 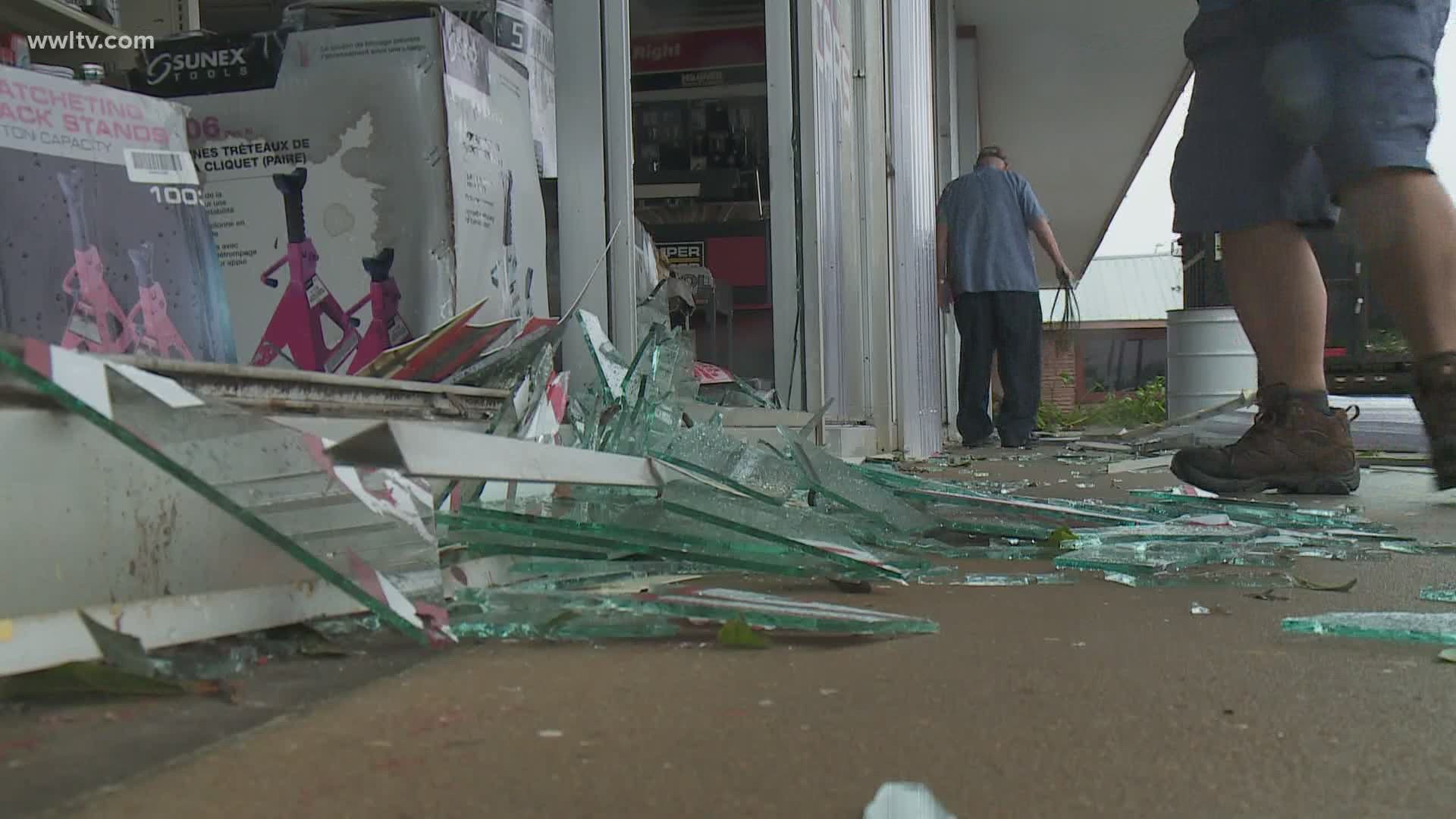 ROBERTSDALE, Ala. — The water that rushed through Gulf Shore neighborhoods has receded several feet since Hurricane Sally ripped through Alabama Wednesday morning.

Now, many people are focusing on cleaning up their homes and businesses.

David Middleton's auto part store lost its storefront. Pieces of it are shattered on the ground. He opened the shop 33 years ago, right along Highway 59 in Robertsdale.

Even the damage from Hurricane Ivan in 2004 doesn't compare.

"I started getting calls around 6 this morning from friends and customers saying the shop's bad, took the roof off," Middleton said. "We actually had to chain saw our way to get here."

On his way, he saw the path of destruction Sally left behind. Trees were uprooted, buildings torn apart and water flowed over roads.

"I can't comprehend the damage it's done," he said.

As Middleton picks up the pieces of his business, he plans to reopen to his community.

"We'll be open for business tomorrow," he promised.

Baldwin County issued a county-wide curfew from 7 p.m. to 6 a.m. until further notice.