You may remember Frogman told us all of his clothes were ruined. Joe brought Rebecca Baudoin, of Hilltop Cleaners and Restoration, to solve that problem. 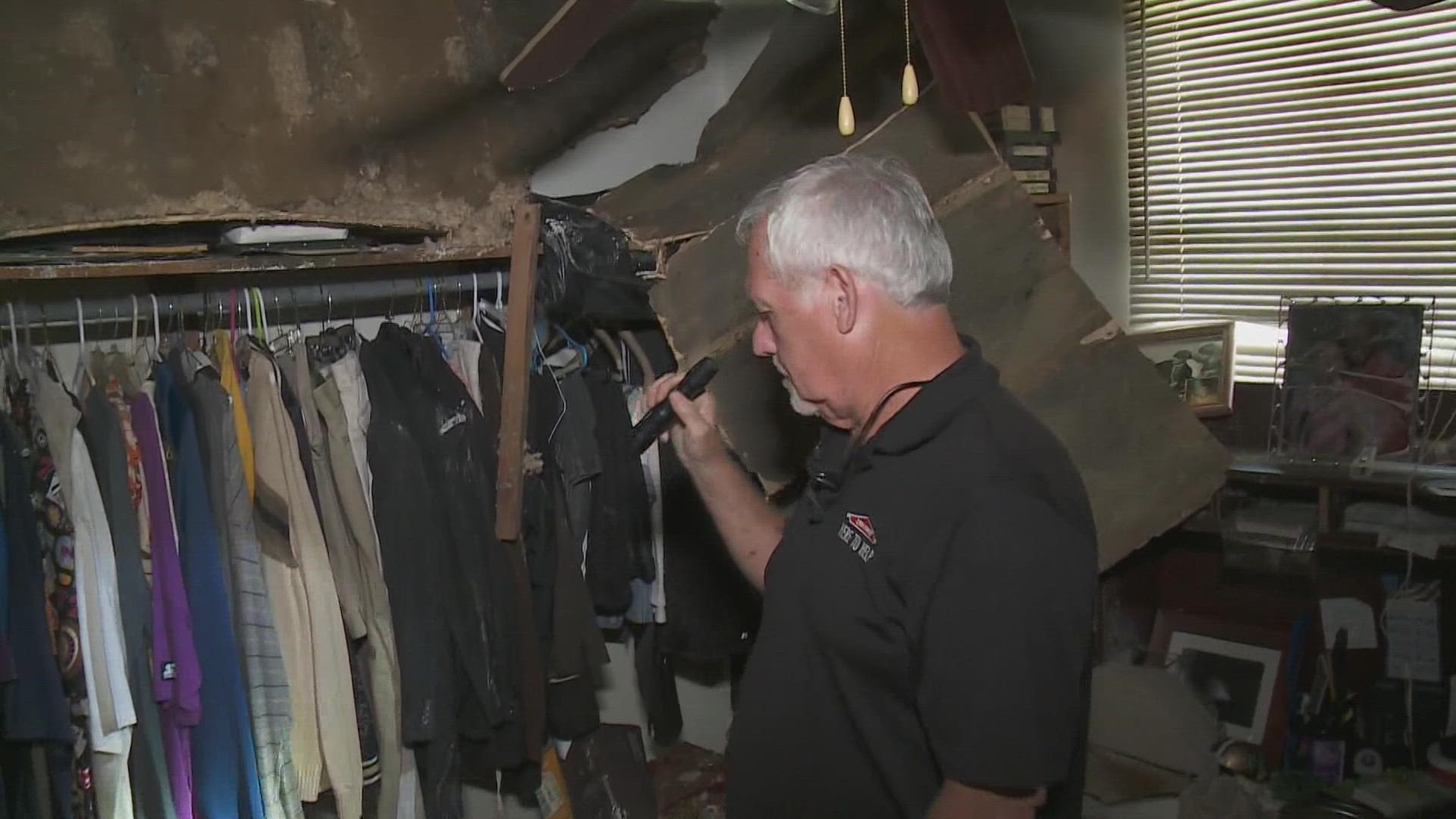 NEW ORLEANS — Yesterday Clarence “Frogman” Henry was living in his hurricane-damaged home. Today, after our story, he has new hope.

“I've been out there 60 years and now New Orleans and everybody from around the United States is even, out of the country, appreciating, you know and I thank you all for what you're doing for me,” said Clarence “Frogman” Henry.

New Orleans music icon was living in his home that Ida left damaged and moldy.

Well after our story aired, viewers stepped up as they always do here.

For six weeks Henry has been living in his Ida-damaged, Algiers home. Insurance adjusters had been out, but no claim settlement. The mold from the rain that poured in the shredded roof, was taking over. The 84-year-old didn't know what to do.

“It's a pleasure,” said Joe Scott, owner of Servpro Slidell and West Bank as he meets Henry.

But Joe Scott knew exactly what to do.

“I'm familiar with his music so that right there just sparked the want to do it” said Scott.

Joe owns Servpro of Slidell and the West Bank. His teams do it all, clean every personal item, the house and even stuffed frogs too. They will put up containment barriers, and air scrubbers to keep Frogman safe from mold.

Then they'll rebuild it back to pre-storm perfect. His employees are young. They’ve never heard of the Frogman, but Joe has. He's a baby boomer and after he saw our story on the damage, he contacted our newsroom.

“I've been doing this for 33 years, so whenever you run into something like this that you can donate back give back, I usually do,” said Scott.

You may remember Frogman told us all of his clothes were ruined. Joe brought Rebecca Baudoin, of Hilltop Cleaners and Restoration, to solve that problem.

“It's, it's pretty bad, but it's not anything that can't be salvaged. I'm sure there's an odor. We'll probably have to put it in an ozone chamber,” explained Baudoin, who said Hilltop Cleaners and Restoration specializes in flood and fire damage to clothes, bedding and other items like stuffed animals.

Already they uncovered his prized possession. A Saints jacket from his grandson. Baudoin says it can be cleaned.

“I love it. It's beautiful. I had a lot of compliments about it,” said Henry about his jacket.

Servpro will expedite Frogman's insurance claim, but then will donate his entire out-of-pocket deductible of $8,700.

“It makes me want to cry, you know, because I've always been nice to people, and God always returns it back to you, yeah,” said Henry with tears in his eyes.

For 60 years Frogman worked, performing for us. Now it's his turn to sit back and watch his fans do their work for him.

Other people from long ago in Frogman's past, like a doctor and an attorney also reached out after the story and asked how they could help.