Shelters open for homeless, but some won't leave encampments; 'that's home for them'

There are still beds available at traditional homeless shelters, but many living under the bridge don't want to go indoors. 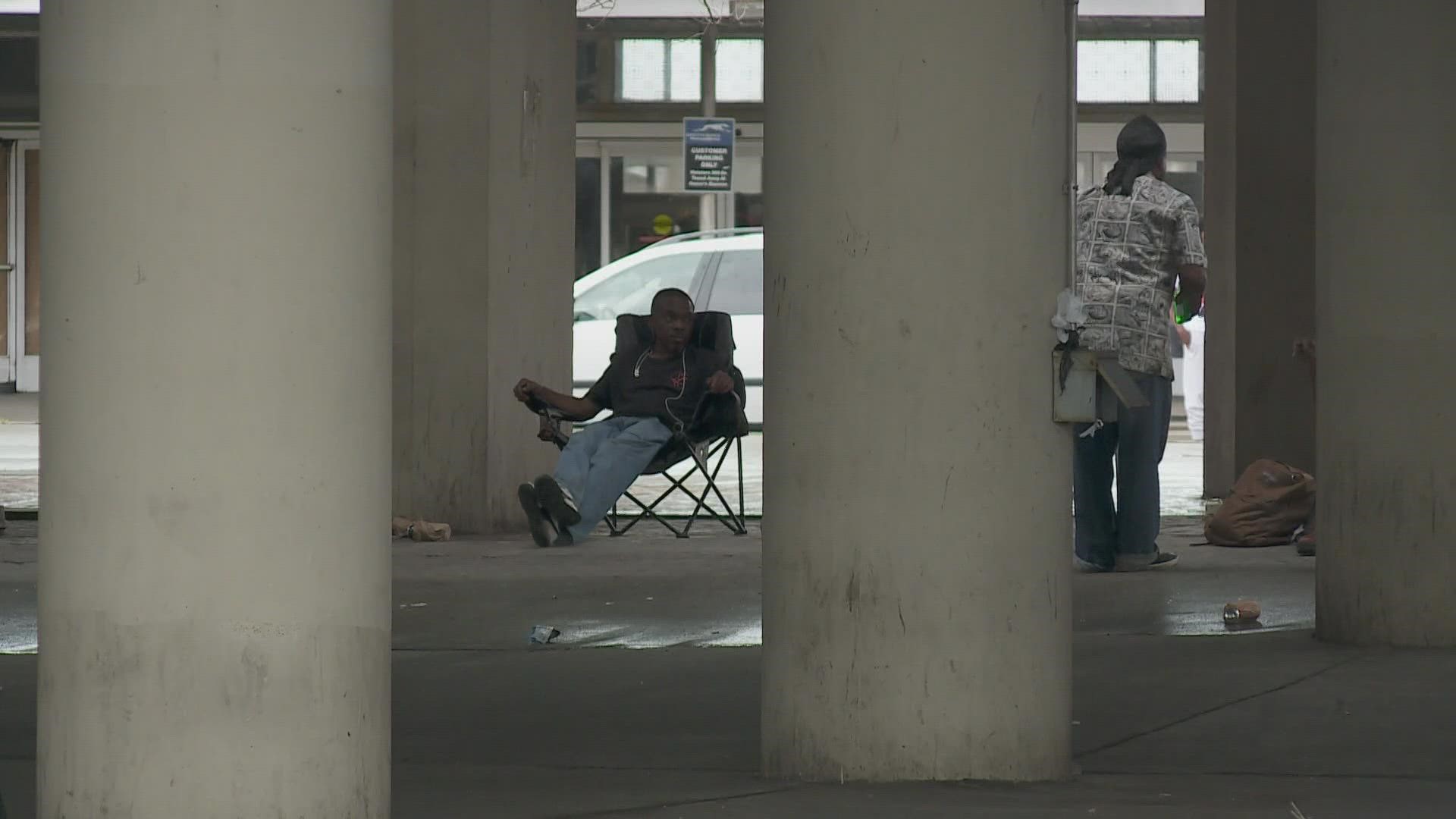 The encampments, particularly those under the highway overpasses along both Calliope Street and Claiborne Avenue, were still dotted with tents, chairs, bicycles and other belongings Saturday as night fell.

Bruce James, night manager at the Ozanam Inn in downtown New Orleans, said he still had about 20 beds available at 9 p.m., even as people stayed in about two dozen tents a few blocks away under the approach to the Crescent City Connection.

"We've had some vans drop people off from underneath the bridge, but that's home for them and people do not like to be pulled away from their homes," James said. "As soon as they bring them into the yard, the vans pull away and the people would literally go back to their bicycles, their tents, to what's home for them and comfortable for them."

After Cantrell was asked about the difficulty getting folks to leave the camps, she said it's hard to convince the people living in the camps that the conditions will be far worse when the storm arrives Sunday. She said outreach workers would be under the bridge until midnight trying to convince the people there to move inside.

Cantrell said earlier Saturday that city and state officials have been working with UNITY of Greater New Orleans, the lead agency providing homeless services, for more than a week to move people out of the camps and into hotels as a part of the city’s response to the coronavirus pandemic.

The hotel relocation program mirrored one set up in March 2020 at the start of the COVID-19 pandemic, Cantrell said. The city, state and UNITY crews were out on Calliope Street during the early afternoon trying to convince the people staying under the bridge to move into shelters. But at the 11:30 a.m. press conference, Cantrell added that there was no plan to open a shelter of last resort until after the storm passes.

Martha Kegel of UNITY said her agency's outreach crews worked with the city and state to move 91 people off the streets and into hotels this past week, but there was no more capacity at the contracted hotels as of Saturday.

Mayor says the city is planning to use Convention Center as a post-storm shelter, but she emphasizes “no one should show up at the convention center right now.” #HurricaneIda @WWLTV #BeOn4 https://t.co/e6iIg1KvwH