How did Hurricane Zeta strengthen so fast?

"Even little wiggles in the cone here could bring those hurricane-force winds to the metro area," Graham said. 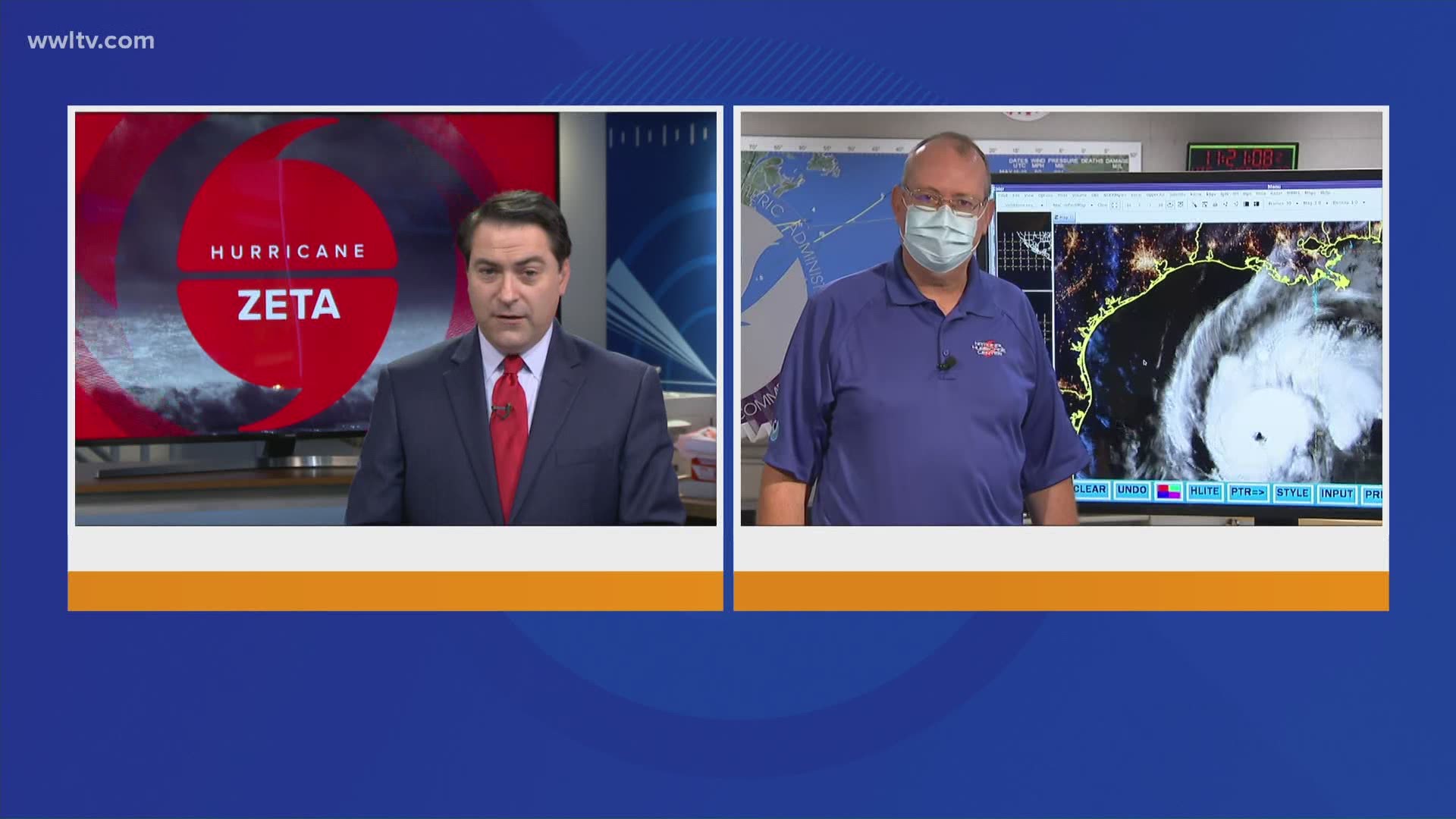 NEW ORLEANS — When Louisiana went to sleep last night, Zeta was expected to be a weak Category 1 Hurricane at landfall -- something officials warned people to take seriously, but not a major threat.

But by Wednesday morning, the storm was projected to be a Cat 2 at landfall, bringing life-threatening winds to Southeast Louisiana parishes.

We spent the night watching this strengthen," said Ken Graham, the director of the National Hurricane Center. "We knew it was going to become a hurricane, and ... the whole entire structure got better with time. The eye formed, became more circular, the whole structure became better; so definitely a strengthening system."

According to WWL-TV's meteorologists, the storm's 17 mph pace is too fast for a front over Texas to move in and weaken it, leaving Zeta free to continue strengthening. The National Hurricane Center is predicting it will speed up even more, racing north through the Gulf of Mexico at 20 mph by landfall.

"A strengthening storm, a lot of times over the years you'll see these things either maintain or keep on strengthening all the way in," Graham said. "That's something we'll be watching closely."

Even if the current projections hold, the storm will still bring strong, life-threatening winds.

And with that level of wind danger, even slight shifts to the storm's path could drastically change which areas take the brunt of the impact.

"Even little wiggles in the cone here could bring those hurricane-force winds to the metro area," Graham said.