Louisiana breathes a sigh of relief as Mississippi, Alabama brace for Hurricane Sally

Storm surge from Hurricane Sally is still a threat to some parts of Louisiana, but for the most part we've dodged a bullet. 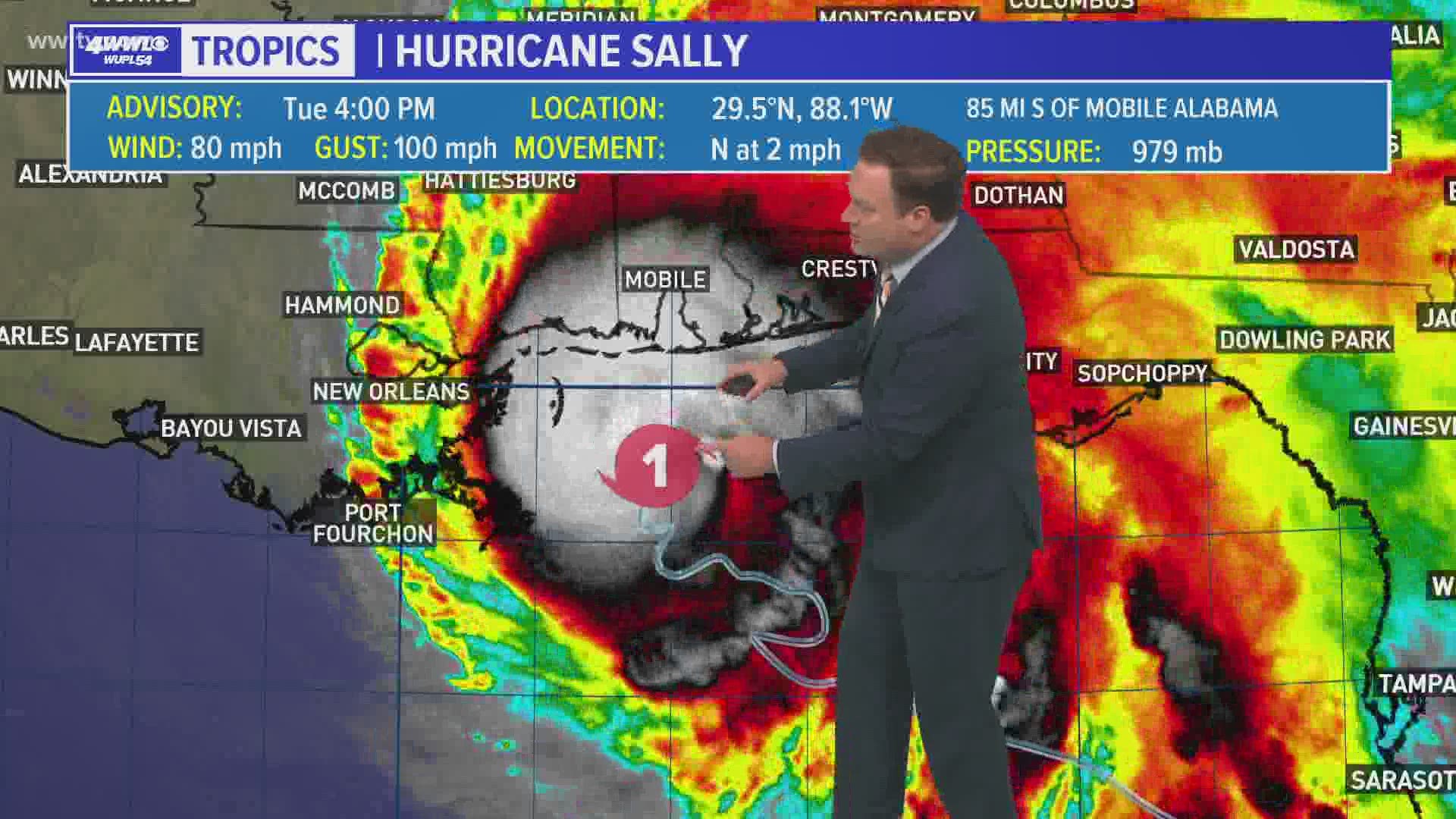 NEW ORLEANS — Louisiana has dodged a bullet, but residents along the Gulf Coast are still bracing for what Hurricane Sally could bring.

WWL-TV's reporters are reporting from all over the Gulf Coast, covering Sally's impact. Here's what they're seeing Tuesday:

A potentially dangerous situation in St. Bernard Parish Tuesday as water overtops a series of ring levees in the Woodlake-Delacroix area.

The west bank of Plaquemines Parish is no longer under a mandatory evacuation order as of Tuesday morning.

The east bank of Plaquemines Parish is still under a Mandatory Evacuation Order due to storm surge projections, but Parish President Kirk Lepine said he expects that order to be lifted as early as Tuesday night.

Rising water from Lake Pontchartrain are the main concern in St. Tammany Parish with some low-lying areas starting to flood this morning.

The water is still coming, but parish leaders say their concerns are minimal now that Hurricane Sally has moved east.

“We ask our citizens to remain vigilant in the event that there are some changes in the storm, but we’re simply hoping that the storm surge and water coming inland from Lake Ponchartrain doesn’t have the same effects as were originally projected,” Parish President Mike Cooper said. “We should be able to have a sense of relief going into this evening.”

Watching the Gulf is a way of life in Bay St. Louis.

Hurricane Sally is the latest threat that’s kept them on edge for days. But this afternoon, Gary and Angie Key and the rest of this coastal Mississippi town feel Sally spared them.

“I woke up this morning and when I saw that it turned even more… it’s just God’s grace, that pure and simple,” Key said.

Sally’s narrow miss means prime fishing opportunities in Bay St. Louis though. Fishermen are already crowding the docks to try their luck while other locals and tourists are downing a drink, knowing they got lucky this time.

Biloxi residents expected as much as 11 feet of storm surge from Hurricane Sally, but as the storm turned east that total dropped to a manageable six feet.

“We’re thankful and everyone needs to remain vigilant in taking precautions,” Mayor Andrew Gilich said. “Water will kill you and even small places will get you in trouble.”

High tide caused some roads and parking lots to flood Tuesday, but as the water went down residents were hopeful that they’ve already seen the worst of what Hurricane Sally will bring to their city.

Search and rescue officials are on standby and ready to assist if they’re needed. They are fully staffed and all fire engines, rescue boats and high-water vehicles are ready to go.

The fire department is reminding people not to go out during the storm and to always be aware, even after the storm has passed.