The National Hurricane Center says further examination of data shows that Zeta was a major hurricane at landfall. 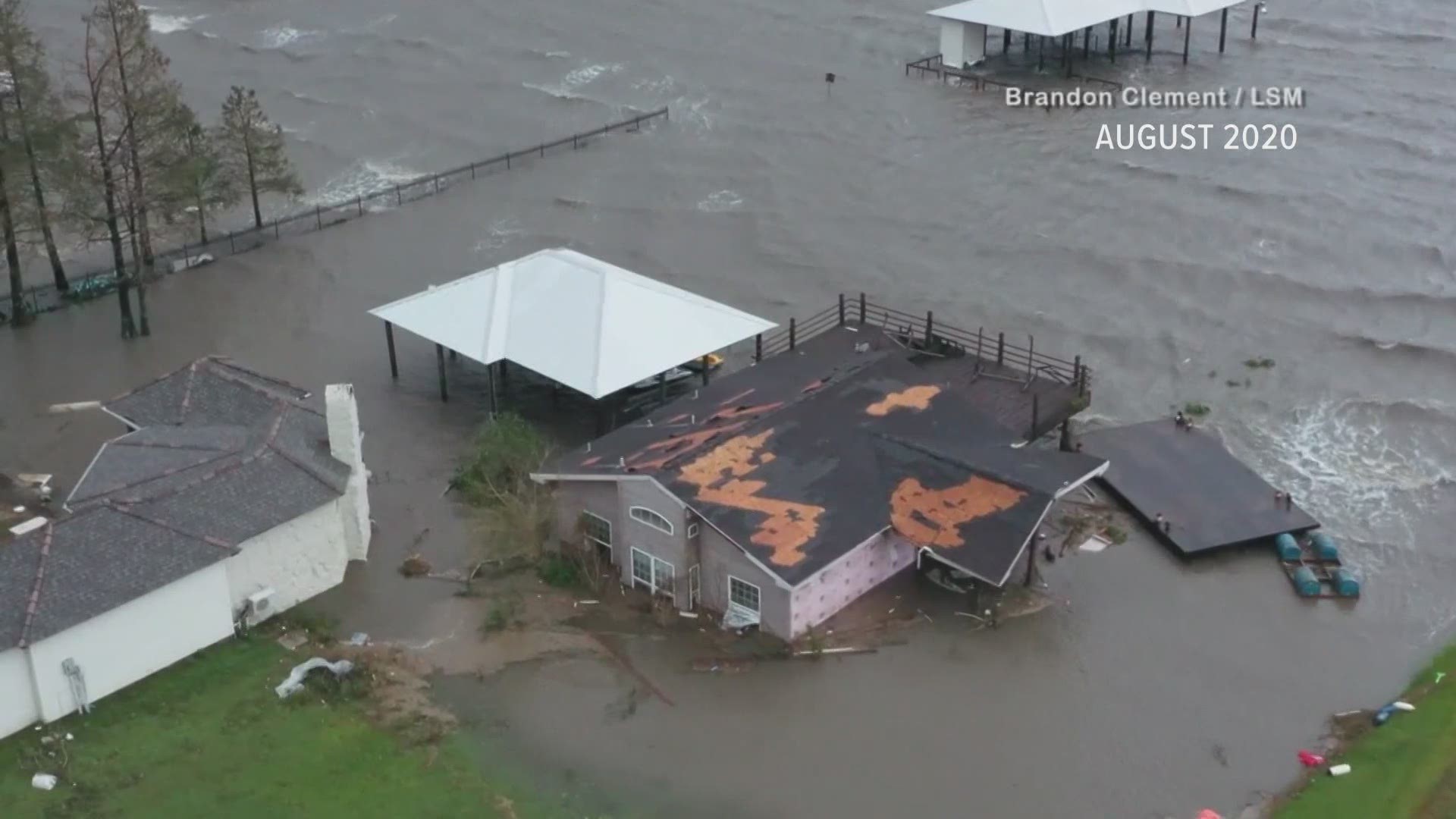 NEW ORLEANS — Upon further review, Hurricane Zeta, which landed in southeast Louisiana and caused several days of power outages in the New Orleans metro area last October, was in fact a major hurricane with winds of 115 miles per hour at landfall.

The National Hurricane Center has upgraded to a category-3 storm, making it the first major hurricane at landfall since Hurricane Katrina in 2005.

Zeta caused 5 direct fatalities and approximately $4.4 billion in damage in the United States.

In the United States, a general area of 4–6 inches of rain was observed from near Zeta’s landfall location in southeastern Louisiana through southeastern Mississippi and western Alabama, with peak totals up to about 8 inches.

According to the report:  Hurricane-force winds caused widespread damage across southeastern Louisiana near and east of the track of Zeta’s center. Significant wind damage was noted in many parishes south of Lake Pontchartrain, including Orleans, Jefferson, St. Bernard, Plaquemines, Terrebonne and Lafourche Parishes. Hundreds of homes in those parishes suffered significant wind damage, with numerous reports of lost or severely damaged roofs, and about 100 homes were destroyed.

Zeta was one of seven storms that at some point in the season had Louisiana in the cone of its track.