As evacuees left their hotel, The Louisiana Movement for Workers Councils led protestors outside ."People are being denied their human dignity," one protester said. 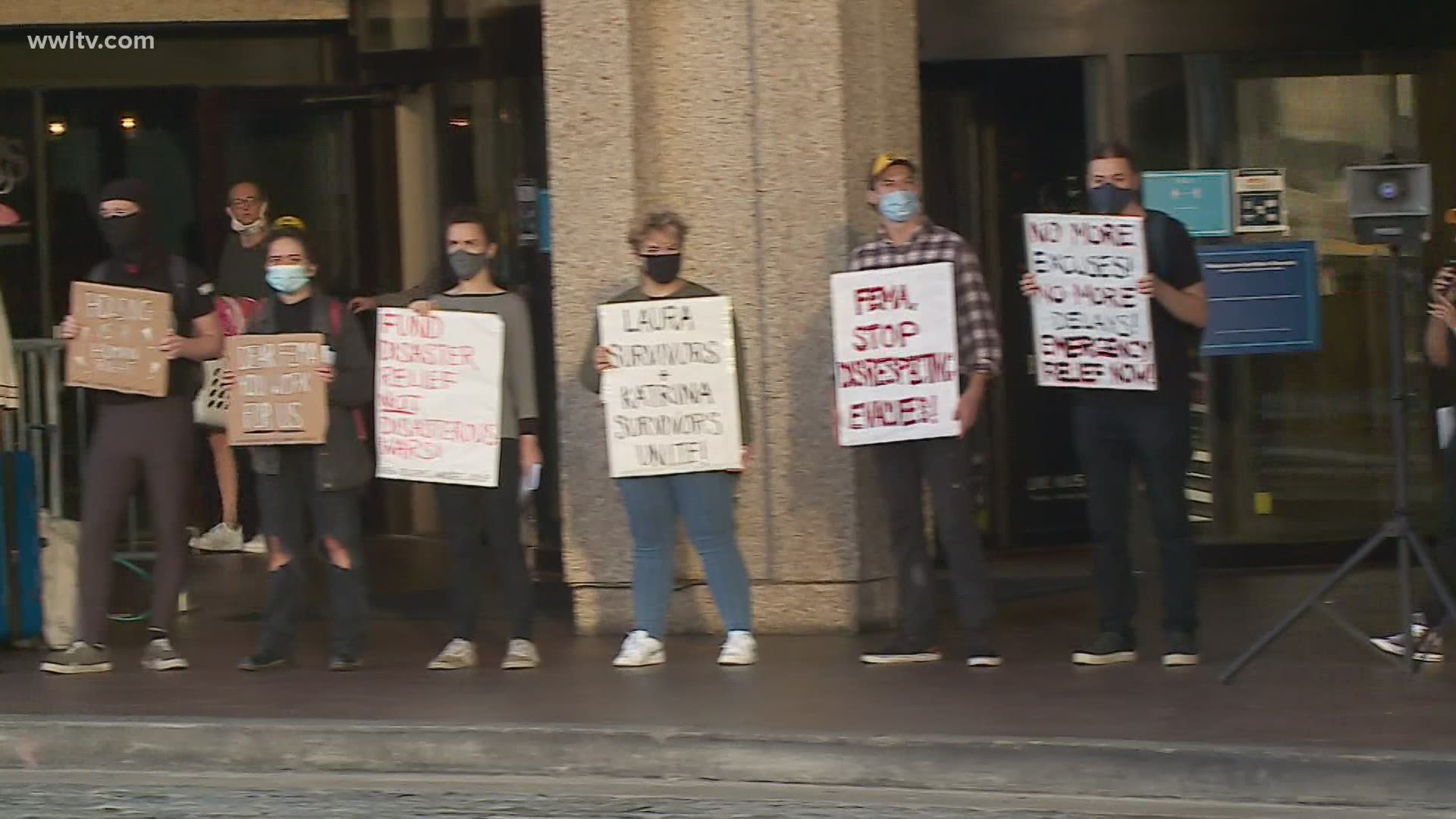 NEW ORLEANS — It's been almost two months since Hurricane Laura hit Southwest Louisiana and some people still don't have livable houses, but many are now heading home as their FEMA funded hotel stay expires.

Many packed into busses for the ride back, but Jerry LeBlanc packed up his car.

He and some close friends have been living in FEMA paid hotels in New Orleans for almost two months. He received a text Saturday saying it was time to return home. He doesn't know yet where he'll stay.

"A lot of the apartment complexes were destroyed or damaged and if they're not damaged, the landlords put us out so we have thousands of people, especially young adults, they're homeless right now," LeBlanc said.

As evacuees left their hotel, The Louisiana Movement for Workers Councils led protestors outside.

"People are being denied their human dignity," Ashlee Pintos, one of the protesters, said.

According to the Louisiana Department of Children and Family Services, several hotels have been consolidated as a considerable amount of infrastructure has been restored in impacted communities including power and water. For those facing severe damage at home, more resources are available.

"Trees are down on our homes," said Marlene Courville, an evacuee who was granted an extension to stay in her hotel. "My husband has surgery Thursday. I don't get all the answers, I just get little pieces."

Greyhound busses brought the majority of evacuees back to Lake Charles. They told us that once home, they're advised to call FEMA for an inspection. If their house doesn't pass the inspection, there are resources to help them with further housing.

"I'm going home to a destroyed apartment, nothing," Leblanc said, who still doesn't know what his next move will be as he returns home. "It's alright though. In times of adversity, you have to persevere."

FEMA shared an update on its Hurricane Laura response Tuesday. To date, more than $118 million has been used for housing assistance with more than $174 million dispersed to survivors and more than %55 million for other needs assistance. So far, FEMA has registered 212,867 households.

Hurricane survivors with home repair questions can contact FEMA mitigation outreach at 866-579-0820 or at fema-mitoutreach-4559@fema.dhs.gov  Monday - Saturday, 8 a.m. to 6 p.m.

Hurricane Laura and Delta survivors who need help with fallen trees, roof tarping, drywall or flooring removal can get help through FEMA's Voluntary Agency Liaisons (VALs). To receive these free services, call the Crisis Cleanup hotline is 844-965-1386.  As of Oct. 19, VALs have closed 3,519 cases. 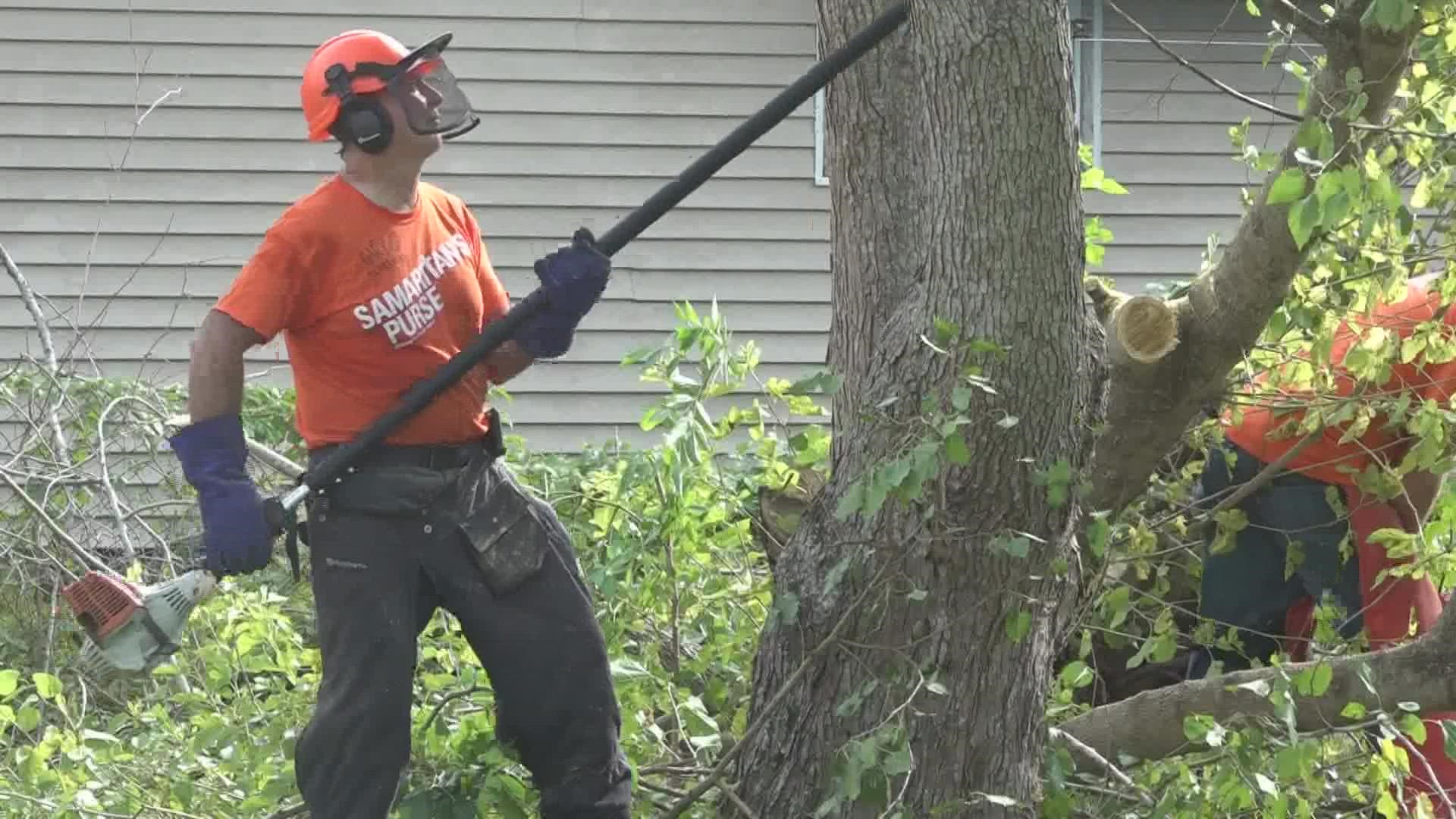