Lake Charles residents seek shelter from Hurricane Laura in church, survive 'by the grace of God'

"If it wasn’t for the good lord we don’t know what hurricane Laura would’ve done." 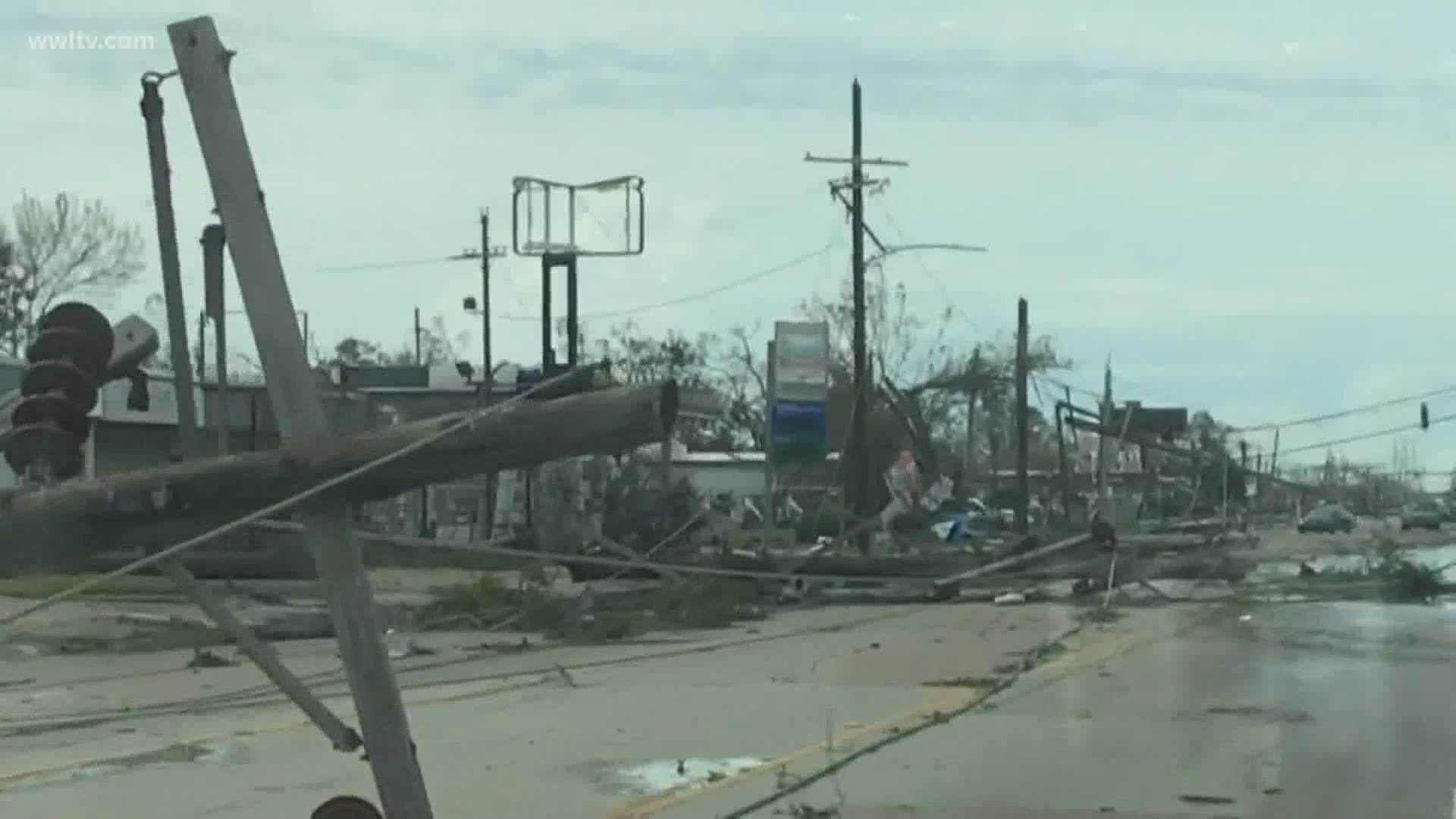 LAKE CHARLES, La. — For most of the day, a plume of smoke from a massive chemical fire rose above the landscape of damage and debris in Lake Charles.

“We have a lot of damage to our rooftops, all along here, everything just came off,” Lauren Poche said.

Poche and thirty other people rode out Hurricane Laura at their church. She thanks God for being alive and for her church to still be standing after the storm.

“I’m actually blessed that our church is still standing it’s by the grace of God, because if it wasn’t for the good lord we don’t know what hurricane Laura would’ve done,” she said.

Powerful winds crippled power lines and shredded glass on buildings. Those winds caused fear for Mark Milazzo who sheltered in his home during the storm.

“I just didn’t think that the wind and the strength of it would be that bad,” he said. “I’m a believer (now).”

His house is intact, but now begins the cleanup.

RELATED: 6 dead, several from falling trees during, after Laura

Milazzo said he rode out the storm at home because he had no place else to go, but after seeing the destruction Hurricane Laura caused around him, he said he won’t be riding it out next time.

The good news is that in less than 24 hours after landfall, you have crews on the ground now and work is already underway to restore power and clear debris.