Bookmark this page and check back often for the latest info. 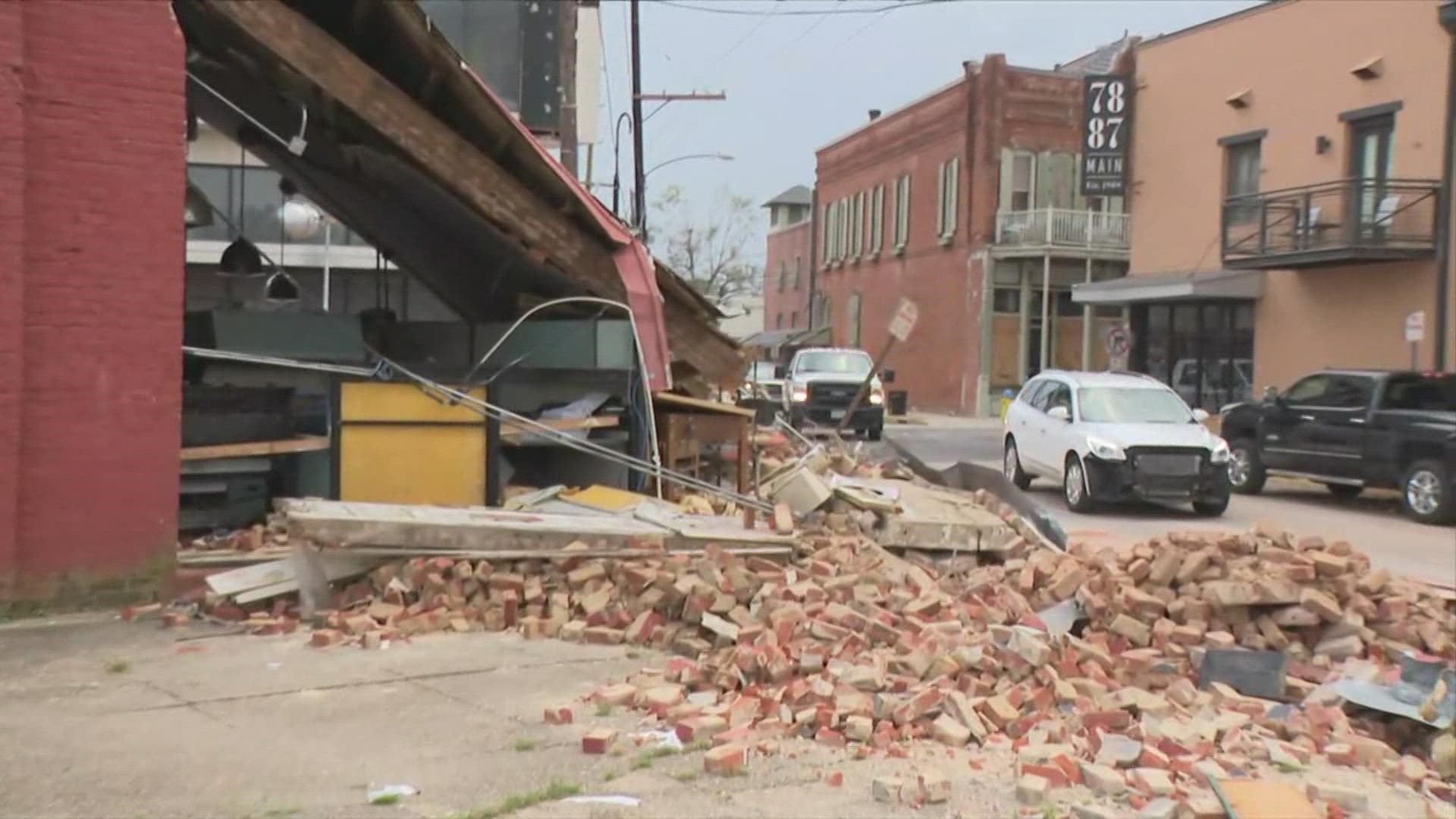 NEW ORLEANS — Ed. Note: We have moved our live coverage and updates to a new article to prevent loading issues. To get the latest updates and to watch our live coverage of Hurricane Ida's aftermath, click here:

We're going to be updating Hurricane Ida recovery information all day on WWL-TV. We have crews headed out to all areas affected by the storm. However, there is still limited ability to transmit live out of the hardest-hit areas due to a lack of cell towers. We will have information from all of those areas though.

Bookmark this page and check back often for the latest info.

9:50 PM Entergy released estimates for when the power will come back in Louisiana's hardest hit parishes. Get the full list here.

9:30 PM Cavan on magazine Street is closing for good. The staff was just informed that the building took substantial damage from Ida and the restaurant was already struggling due to COVID-19.

9:15 PM Crews detonated parts of a tower in Harahan to free the massive wires from it. Those wires have been blocking the Mississippi River since Hurricane Ida struck. They will now be able to clear the river.

8 PM Second Harvest Food Bank will do drive-thru food distribution at Lefreniere Park on Saturday, Sept. 4 at 8 AM until supplies run out.

7:45 PM Tonight's Jefferson Parish press conference ended when the power went our, but they continued on their facebook page.

7:20 PM Sheriff Joseph Lopinto says the biggest problem for police right now is the traffic on the road. He said it is "out of control" and that they need people to stay home so first responders and linemen can get around.

But she did not that every day has been better than the last and things will get better.

6:45 PM The death toll from Hurricane Ida has risen to 10 after a 59-year-old man in St. John the Baptist Parish died from carbon monoxide poisoning caused by a generator her was running.

6:25  PM  Man shot and killed after disagreement over spot in long gas line in Jefferson Parish. Here is the story

5:55 PM  There is no defined time for resumption of mail service. Only a very small area has had mail service return.

5:44 PM  Unfortunately, Second Harvest said they don't know of a way to get meals and water to people who can't leave their homes at this time.

5:25 PM  Sheriff Joe Lopinto fuming after someone apparently tried to cut into a gas line. Someone else got angry about of it and one of them was shot.

5:05 PM  Apparent shooting at a gas station in Jefferson Parish. Awaiting more information, but situation has been tense at some stations.

To apply for FEMA Aid:

4:30 PM  Cell service update -  The wireless carriers are operational, they are assessing outages and addressing them.  Verizon giving customers unlimited data through Sept 10. AT&T through Sept 14. COX not operational. They rely on power.  COX will complete damage assessment by Sunday.

4:22 PM  The city of New Orleans is opening additional cooling centers and can accommodate about 2,300 people per day.

4:15 PM  Residents who wish to leave their current conditions and go to a public shelter, can go to the locations where the city has meal distribution and cooling centers. They will be bussed to the Convention Center and from there get on another bus and be taken to a public shelter elsewhere in the state.

4:10 PM  Mayor LaToya Cantrell said she expects Entergy will meet its timeline for restoration and may actually beat its estimates in many cases.

3:54 PM  Parts of Jefferson Highway to close between Brookhollow Esplanade and Crislaur Avenue. River Road remains blocked at the same location due to roadway obstructions. State Police emergency services will be doing a demolition of a damaged electrical structure.

President Biden: Restoring power is "dangerous work." He says two workers lost their lives trying to get power back on.

The New Orleans Police Department is reminding people to treat intersections like four-way stops when the red lights are out.

"This is the time to be extra considerate as the city continues to bring all the traffic lights back online," the police department said in a tweet.

Water, Diapers, Baby Formula, Food and non-perishable items are being distributed now - Johnny Jacobs Playground, 5851 5th Street, Marrero. It was originally set for 3 p.m., but it started earlier due to the heat.

Senator Cassidy says he has talked to the president about putting power lines underground in vulnerable areas as part of the infrastructure bill.

Met the president at the tarmac. We spoke about the need for resiliency. We agreed putting power lines beneath the ground would have avoided all of this. The infrastructure bill has billions for grid resiliency.

Video: Cedric Richmond talks to Eric Paulsen about the federal response to Hurricane Ida on the Eyewitness Morning News 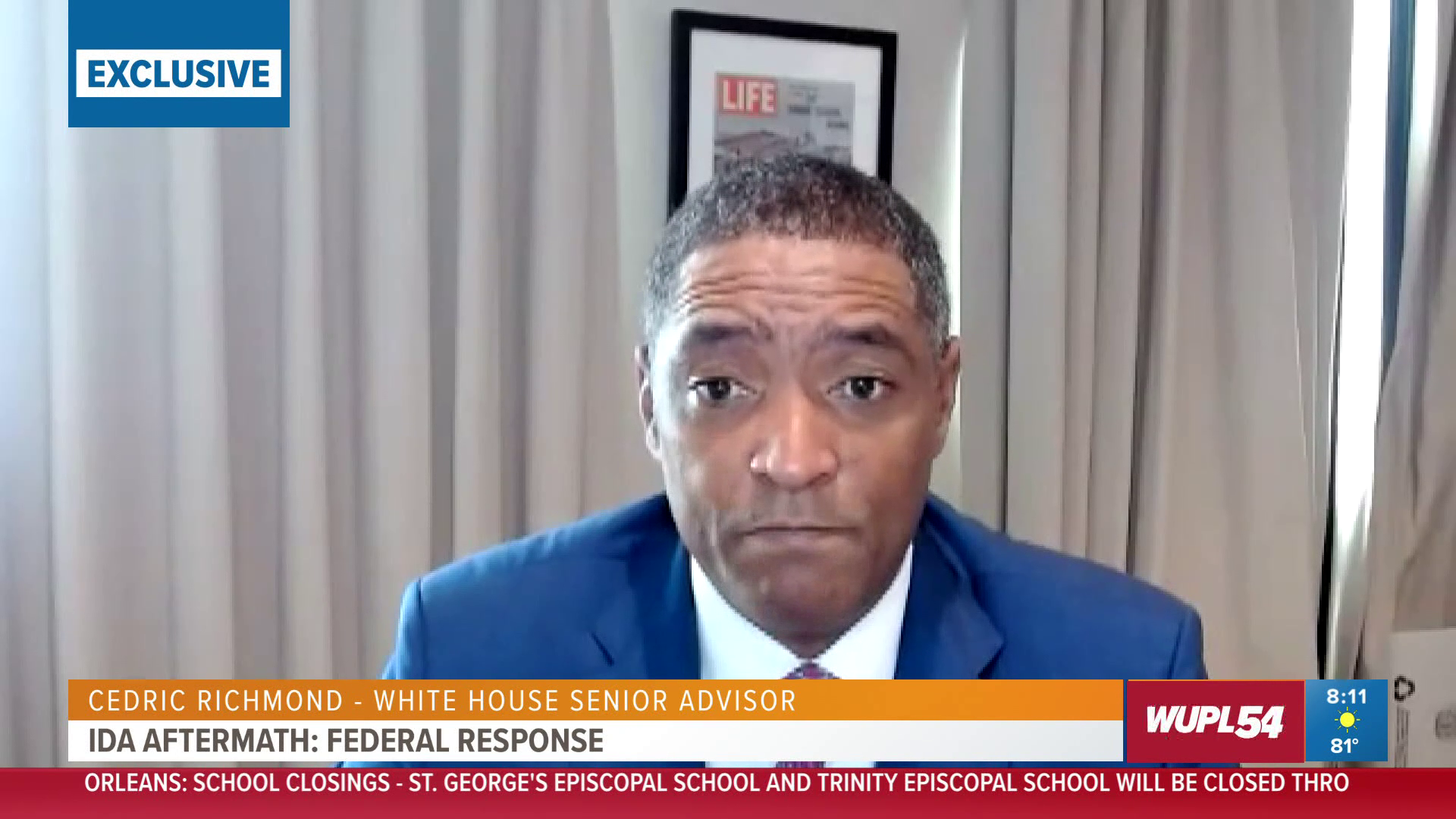 Credit: Derek Waldrip
A cul de sac in a Laplace neighborhood shows the extent of the damage.

There is minimal damage to school facilities and some of the parish is starting to get power back, but because there is still uncertainty in restoration times, school officials say they will postpone until they get more concrete information.

The pastor of the First Baptist Church Slidell says that three rolls of blue tarp were stolen from the church overnight.

He says whoever stole them may have tarped their house, but in doing so deprived 29 others of the tarps they need to secure their living spaces.

The pastor encouraged the thief to return the tarps, no questions asked, and said they would be forgiven.

Delgado Community College will remain closed through Sept. 10 at least. School officials made the decision because of continued power outages and storm damage caused by Hurricane Ida.

Two people were injured in a two-alarm fire reportedly caused by a generator in New Orleans Thursday night.

The fire broke out in a detached garage, where the generator was being kept, and spread to the house.

Two adults were injured, burned on their arms and legs.

We are keeping a running list of places offering food and other resources in the wake of Hurricane Ida. Anybody looking to add a business to the list can use the hashtag #OpenNOLA.

For our latest on what's open in Southeast Louisiana, click here:

Here are the estimated power restoration times Entergy has released for Southeast Louisiana.

Bayou and coastal parishes, as well as some of the harder-hit areas in the metro parishes, do not have restoration times yet because Entergy has not completed damage assessments for those areas.

The secret service has put a no-drone restriction over New Orleans ahead of President Biden's visit to tour Hurricane Ida damage in Southeast Louisiana.

Terrebonne Parish officials say that in the bayou communities of the parish, an estimated 60% of homes are uninhabitable after Hurricane Ida.

All hospitals in the parish have also closed, complicating the ability to return evacuees to their property because there is nowhere nearby to treat trauma.

SUNO has announced a tentative reopening date for the school's New Orleans campus: Sept. 7. By then, school officials say, they hope to have the campus restored enough for in-person learning.

It's unclear if the school — or the students who attend — will actually have electricity by that point.

The city of New Orleans says that some red light cameras appear to be active in the wake of Hurricane Ida because they are solar-powered.

The city says any tickets generated after Ida hit will be voided, and "no one should receive citations."

At 9 a.m., I-10 will be closed in both directions just west of La. Highway 30. The closure is to allow linemen to repair a main power line over the interstate.

Anybody traveling in the area should expect delays while they work.

Cedric Richmond, former Louisiana Rep. for New Orleans and now an advisor to President Biden, says the federal government is doing whatever it can to move generators to Louisiana, but says the number pre-positioned ahead of the storm are barely enough for critical infrastructure such as EOC centers and cell towers.

President Joe Biden is expected to arrive in Louisiana around noon today before meeting with parish-level and state leaders, touring some of the worst-hit areas such as Grand Isle and Lafourche Parish, and addressing the Louisiana residents impacted by the storm.

The president has been reassured by Gov. John Bel Edwards that his tour of the damaged areas will not impact recovery efforts in those parts of the state.

WWL-TV will cover his visit live as the situation develops.

A few more lights have come on in Orleans and Jefferson. Still very limited. Click for the Entergy map

"We're gonna die in his hurricane" - homeless couple in Houma rides out the storm. Click for story

For a look back at our coverage from yesterday, click here: 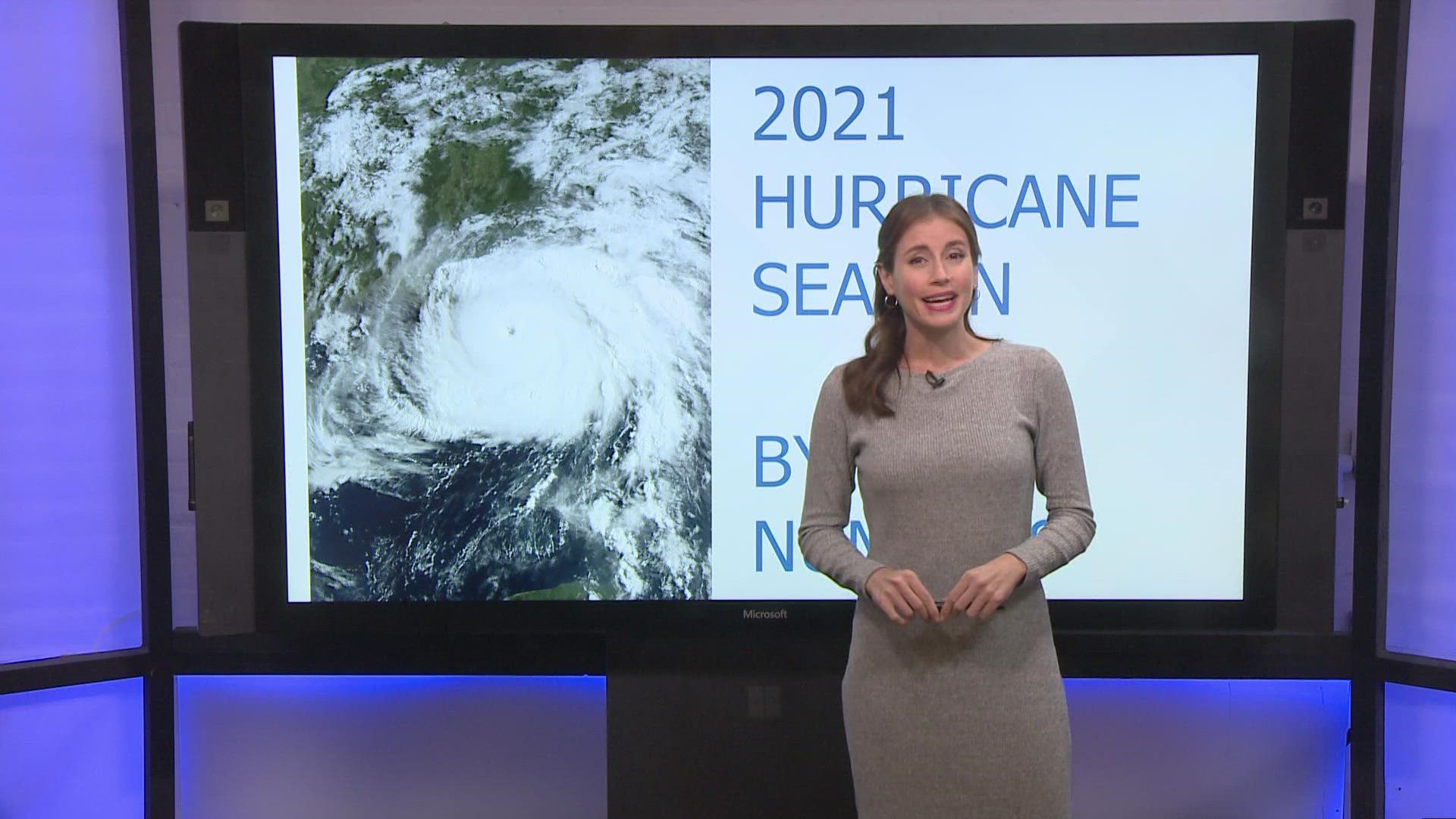