Mandatory evacuation ordered for Grand Isle ahead of Cristobal

People on the island are required to evacuate starting at 6 a.m. Saturday. The storm is expected to bring 10+ inches of rain on Sunday. 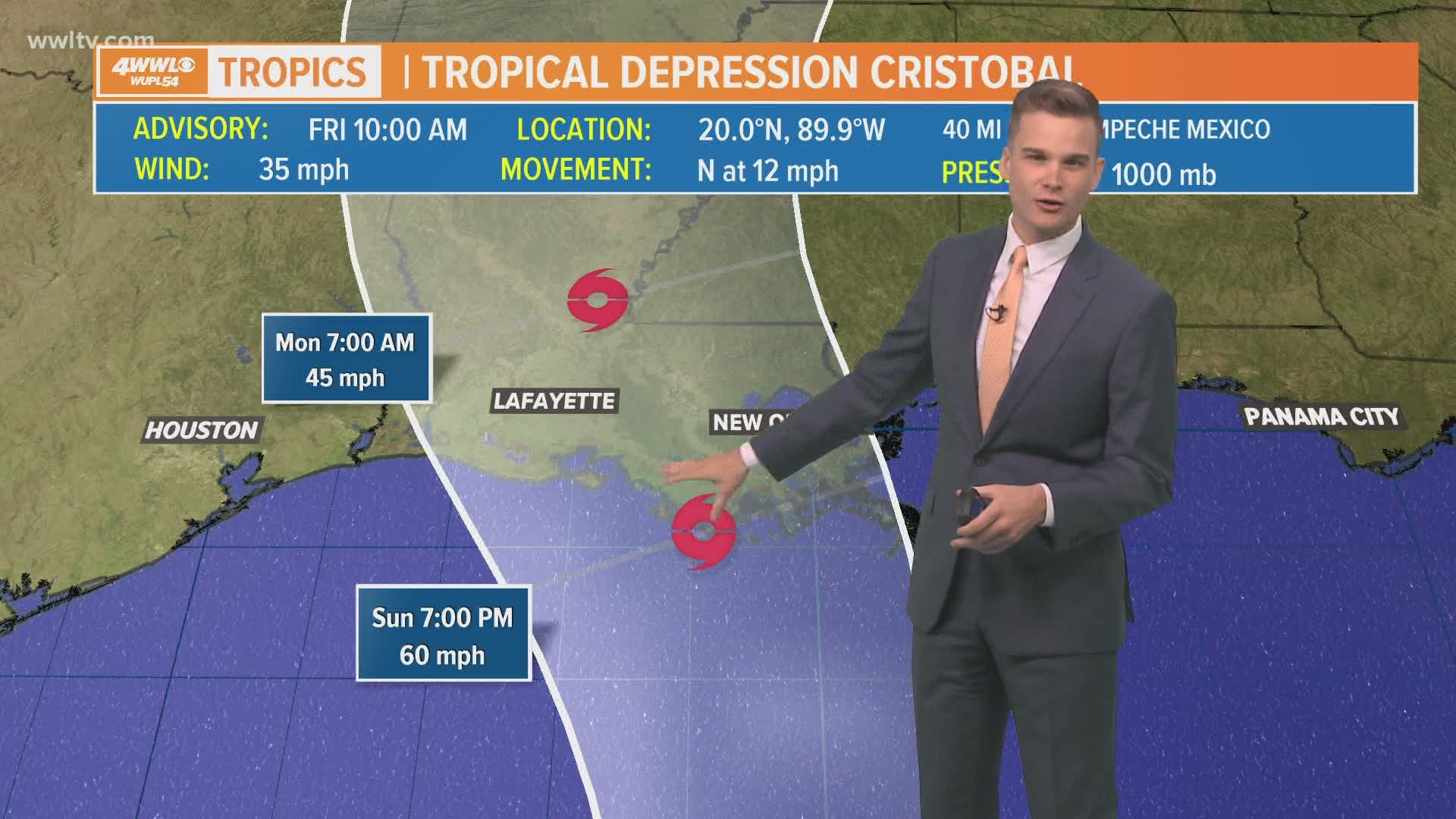 NEW ORLEANS — The Mayor of Grand Isle has ordered a mandatory evacuation for all residents ahead of Tropical Storm Cristobal, which is expected to dump rain on Louisiana Sunday.

Mayor David Camardelle ordered the mandatory evacuation Friday, first starting with all campers and boaters at noon, and then ordering everyone off the island starting at 6 a.m. Saturday.

Residents are also encouraged to evacuate voluntarily before Saturday, but are not required to do so until then.

Cristobal is expected to dump more than 10 inches of rain on parts of Southeast Louisiana as it re-enters the Gulf from Mexico and arrives late Sunday night.

RELATED: 'Do not get distracted:' Cantrell warns of heavy rains, flooding from incoming Cristobal

Camardelle said Grand Isle is also anticipating a storm surge of up to 2-4 feet.

A Tropical Storm watch is in effect for the entire area.

The beach will be closed during evacuation and the Grand Isle Police Department will be patrolling the area, Camardelle said.

Cristobal is expected to slowly strengthen as it moves across the Gulf on Saturday, but  is battling a lot of dry air to the west and south of the low, so significant intensity change isn't currently expected.

RELATED: What you need to know about Cristobal