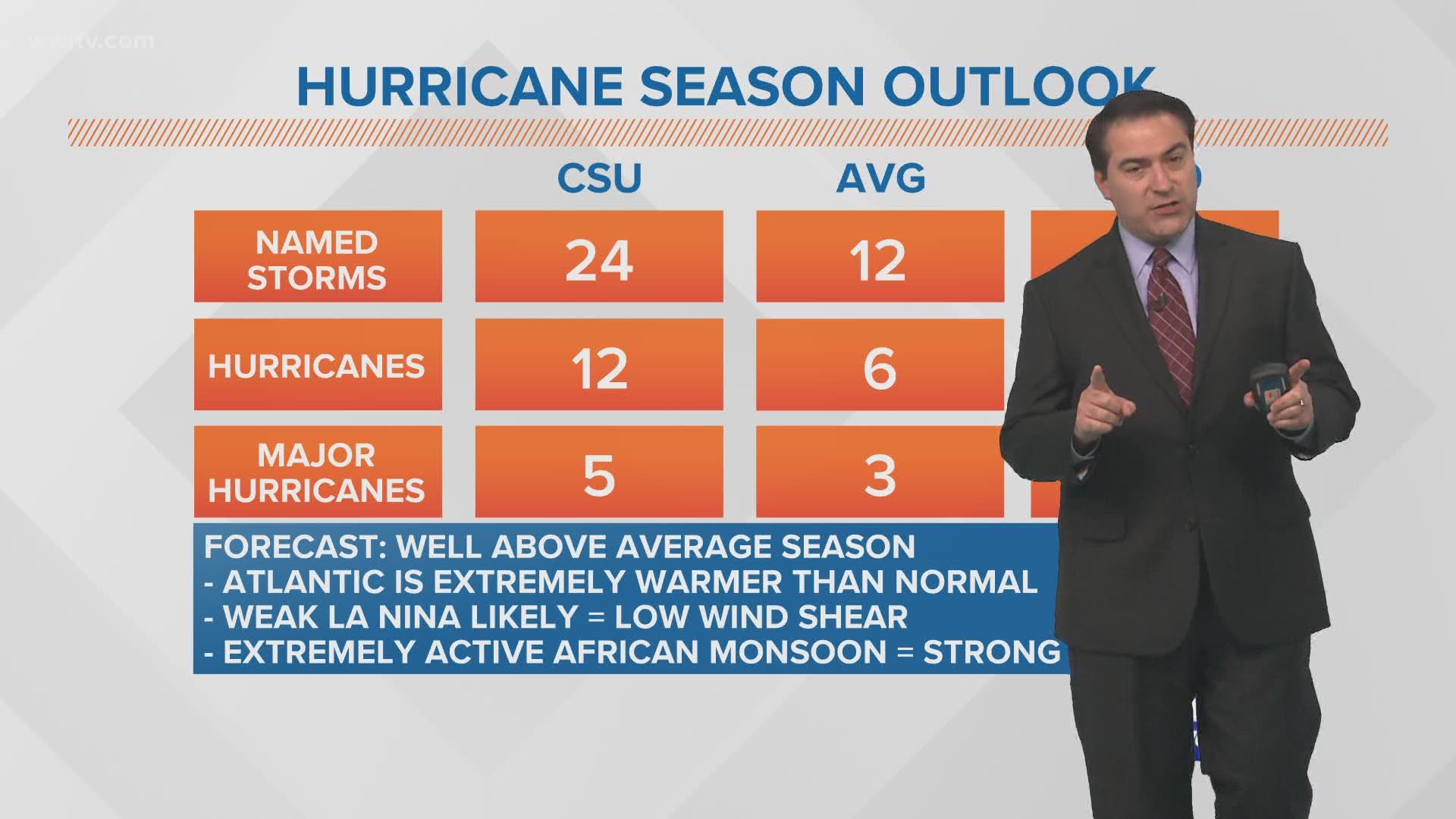 The updated forecast calls for 19-25 named storms, 7-11 hurricanes and 3-6 major hurricanes. Those numbers already include the nine named storms and two hurricanes that have already developed in 2020.

Forecasters say the possibility for an extremely active season is due to warmer normal sea surface temperatures in the Atlantic and Caribbean, an enhanced West Africa Monsoon season, a possible La Nina forming and reduced wind shear over the Atlantic Basin

U.S. Secretary of Commerce Wilbur Ross urged all Americans to do their part by getting prepared, remaining vigilant, and being ready to take action when necessary.

"This is one of the most active seasonal forecasts that NOAA has produced in its 22-year history of hurricane outlooks," Ross said.

Should there be 24 named storms, the National Hurricane Center would have to use the Greek alphabet to name storms, as they did in 2005.

The factors that are leading to an increased number of storms stem from the extremely warmer than the normal Atlantic Ocean. Right now, the Atlantic is the 4th warmest on record. Warmer water means more fuel for the storms to develop.

There is also a very active African monsoon (rainy season). This leads to more strong tropical waves that are expected to move off Africa into the Atlantic and develop into tropical systems.

Lastly, a weak La Nina is expected to develop across the Pacific Ocean. This cooling of the Pacific waters leads to less wind shear and allows storms to develop more easily.