Only 1 name left to use on the 2020 Atlantic hurricane list. What's next?

Wilfred is all that's left on the list. What happens once all 21 names are scratched off? 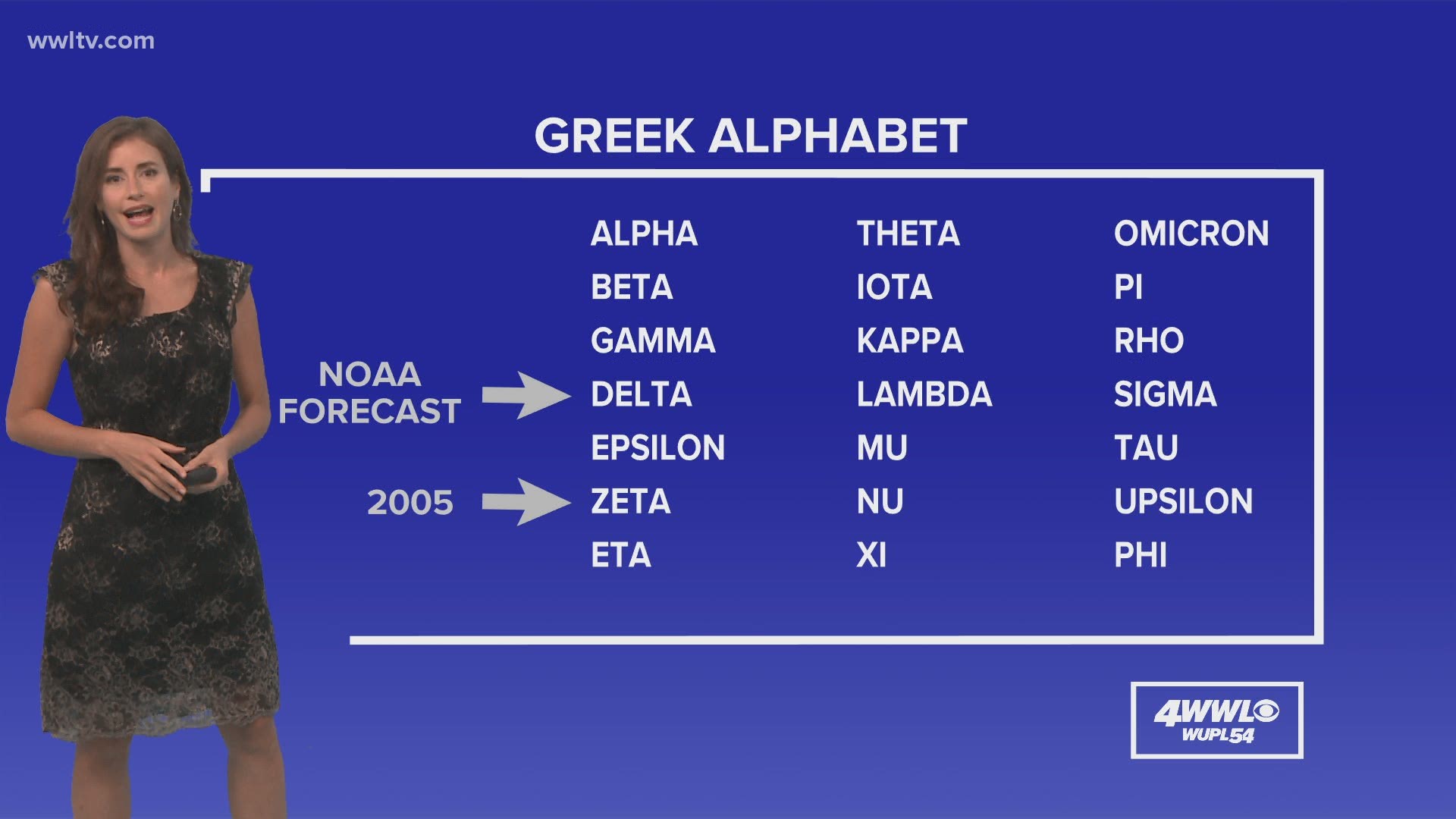 NEW ORLEANS — September tends to be the peak of hurricane season, and forecasters weren't joking when they said 2020 was going to be a very active Atlantic Hurricane Season.

Just on Monday, Tropical Storms Teddy and Vicky formed, making five-named systems churning in the Atlantic at once -- the first time since September 1971, according to the National Hurricane Center.

Now, there's only one name left on the list: Wilfred, which meteorologists at WWLTV expect will be making its debut soon.

So what happens once all 21 hurricane names are scratched off the list?

Turns out, meteorologists will start using the Greek alphabet (alpha, beta, gamma, delta, etc) when there are no hurricane names left.

The last time the Greek alphabet was used was in 2005, a year that witnessed a total of 27 named storms, including devastating ones like Hurricane Katrina.

In total, six Greek alphabet names were used that year, but it didn't start until mid-October... and it's only the middle of September!

This year, the National Oceanic and Atmospheric Administration expect 25 named storms this season, with it ending at Delta.

The average number of named storms tend to be 12 during the entire season, which officially runs from June 1 through Nov. 30, according to the NHC. This season, we have seen 20 named storms so far.