Pumps off - street flooding in Algiers

The water in the drainage canal between General De Gaulle Drive's eastbound and westbound lanes has reached the roadway. 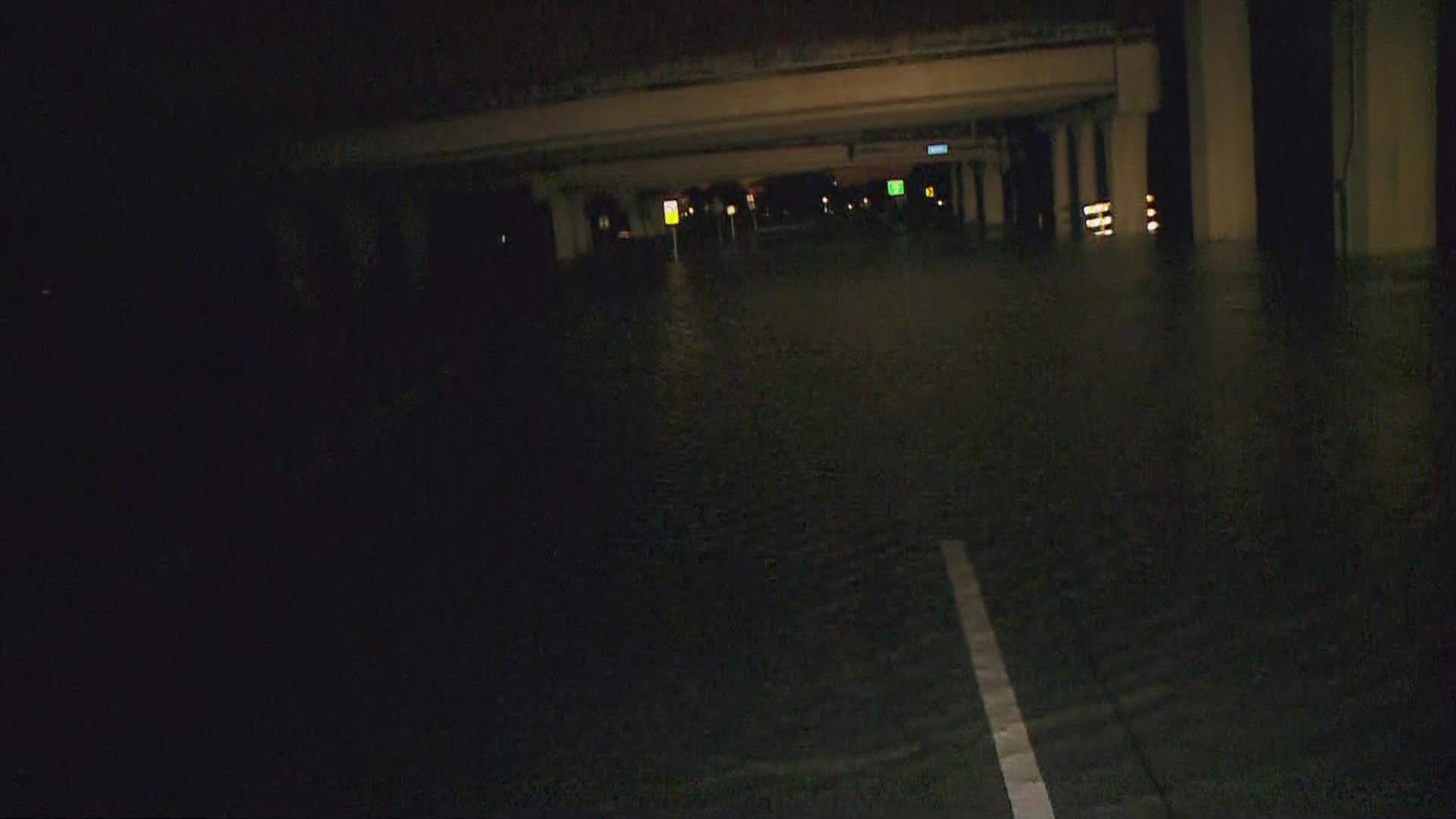 NEW ORLEANS — A power outage has the drainage pumps off in Algiers and that has led to street flooding and concern about water approaching homes in some neighborhoods.

Drivers trying to reach Algiers after Hurricane Ida were seeing floodwaters blocking major roadways, limiting access to most of the area.

Floodwaters on General De Gaulle Drive begin at Shirley Drive and at the underpass at the West Bank Expressway. Floodwaters aren't receding because drainage pumps in Algiers are not pumping, perhaps due to lack of power.

The water in the drainage canal between General De Gaulle Drive's eastbound and westbound lanes has reached the roadway, and there is no indication that it will recede before power is restored to drainage pumps in the area.

Roadways are littered with debris, downed powerlines, and tree branches.

Elsewhere in the West Bank, Terry Parkway is partially blocked by downed trees and floodwaters less than a mile south of Oakwood Mall.

Manhattan Boulevard is blocked south of the Magnolia Trace Drive by a tree and downed powerlines on the southbound side.