For 10 days, huge trees that toppled over during the storm, sat on Hall’s roof, shed, carport, and just about everywhere else. 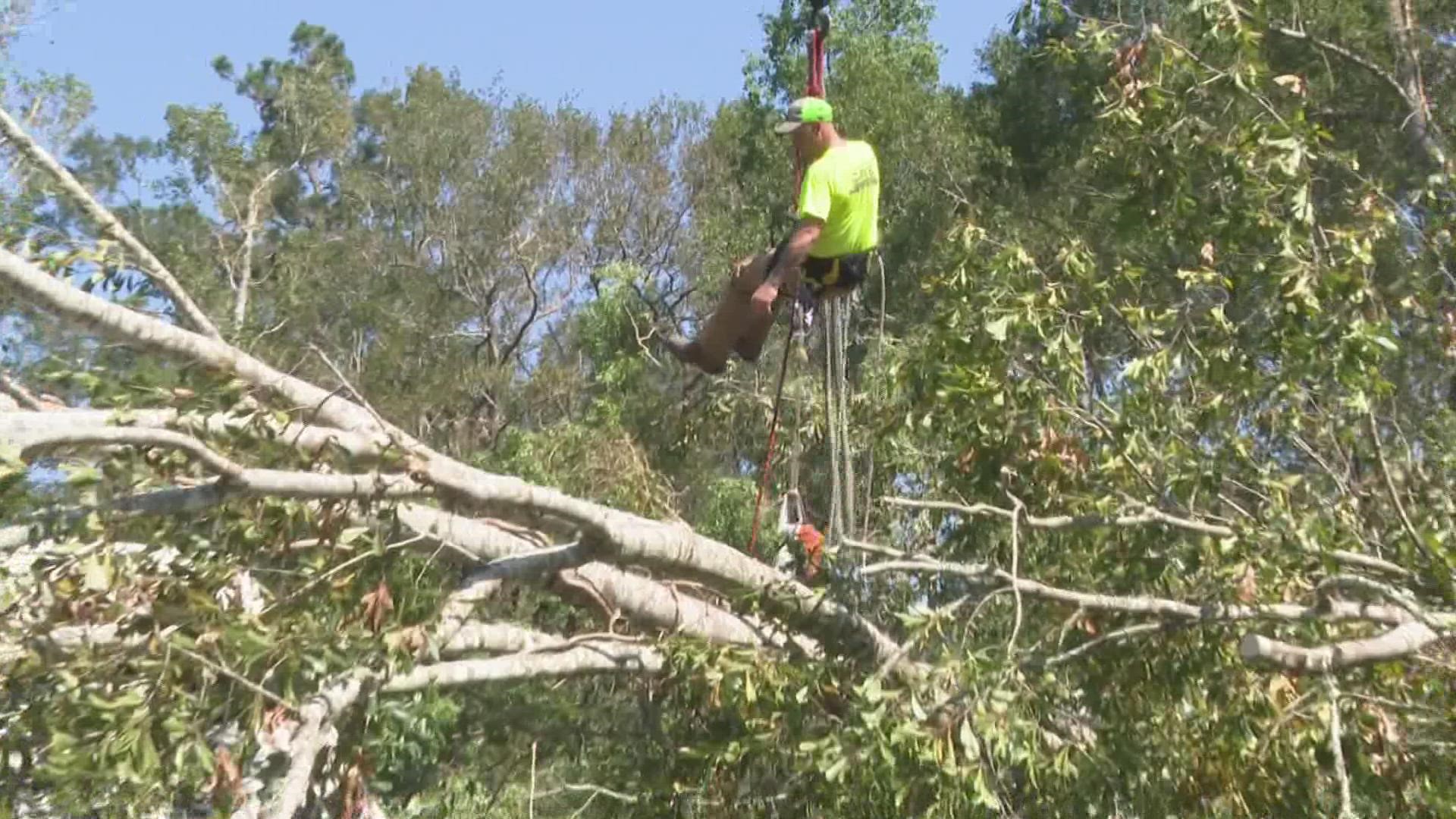 PONCHATOULA, La. — After every storm, the community always reminds us what Louisiana is made of.

On Wednesday, WWL brought you the story of a Ponchatoula woman whose house got buried under trees.

When a call for help goes out, neighbors in Louisiana waste no time getting to work. Tree removal crews showed up at Sarah Hall’s house Thursday, ready to clean up Ida’s mess.

For 10 days, huge trees that toppled over during the storm, sat on Hall’s roof, shed, carport, and just about everywhere else.

On day 11, Hall’s fallen forest is starting to look like home again.

“The lady told me, she said we will be there at 7 in the morning and they were here,” Hall said.

“I’ve been watching out of the windows to stay out of their way,” Hall said. “Other than to give them a gallon of tea earlier, because they needed it.”

During the stress of cleaning Hall found peace behind her stove.

“The kitchen is my domain, ya know,” Hall said.

The peace comes from knowing her neighbors aren’t going hungry.

Wednesday Hall cooked a pot of jambalaya for her neighbors, on Thursday ham sandwiches.

“They know if they need something and I can do it, I am here,” Hall said.

Hall said she’d do it for anyone and said the trees crews are keeping that neighborly spirit flowing through Ponchatoula.

The tree crew even put a tarp on Hall’s roof to cover the hole from a tree. The crews spent almost eight hours cleaning up.

RELATED: 'We gotta come back,' despite damage done Houma residents are determined to rebuild

RELATED: 'It was either going to be a very good omen, or a very bad omen': Living on Ida Street after Hurricane Ida