Invest 91 in the Gulf, Invest 90 near Bermuda

If one of these could become a named storm, first up is Ana. 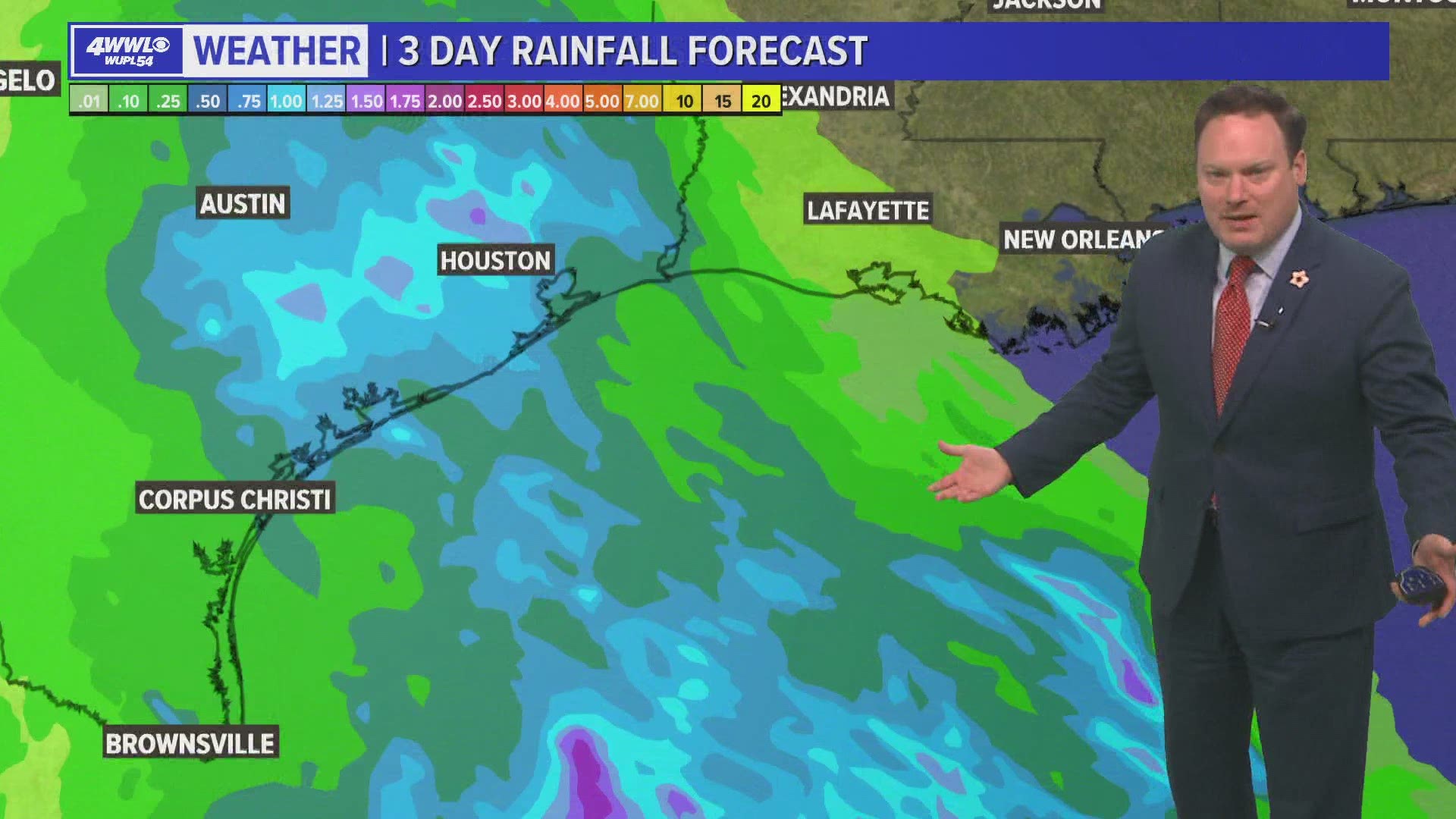 NEW ORLEANS — A  low pressure system has formed east of Bermuda. The low is forecast to move over warmer water on Friday and could become a subtropical storm before lifting back out to sea Saturday and Sunday. The first name on the list is Ana.

Of more interest is an area of low pressure, designated Invest 91L in the western Gulf. It has a small window to better organize and become a depression before reaching the TX coast early Saturday morning. Through there is clearly a circulation at the surface, there are currently no storms around the center.

If the system can become a named storm this would make it the 7th year in a row a named storm has formed before June 1st, the official start of the Atlantic hurricane Season.

After a record-breaking 2020 hurricane season, we now know the Greek alphabet will no longer be used to name storms.

The World Meteorological Organization announced the Greek alphabet will not be used in the future because it "creates a distraction from the communication of hazard and storm warnings and is potentially confusing."

There has been only one other season that used the extra set of names, and that was in 2005. The World Meteorological Organization released a new set of supplemental names that will be used if the season exhausts the standard list.

Hurricanes Eta and Iota were also retired after impacting Central America in November. Iota was the latest category 5 hurricane on record in the Atlantic Basin. Hurricane season 2021 begins June 1.