It looks bad, but this freakish weather phenomenon seen Monday is no big deal

It might look ominous, but there's nothing to worry about. 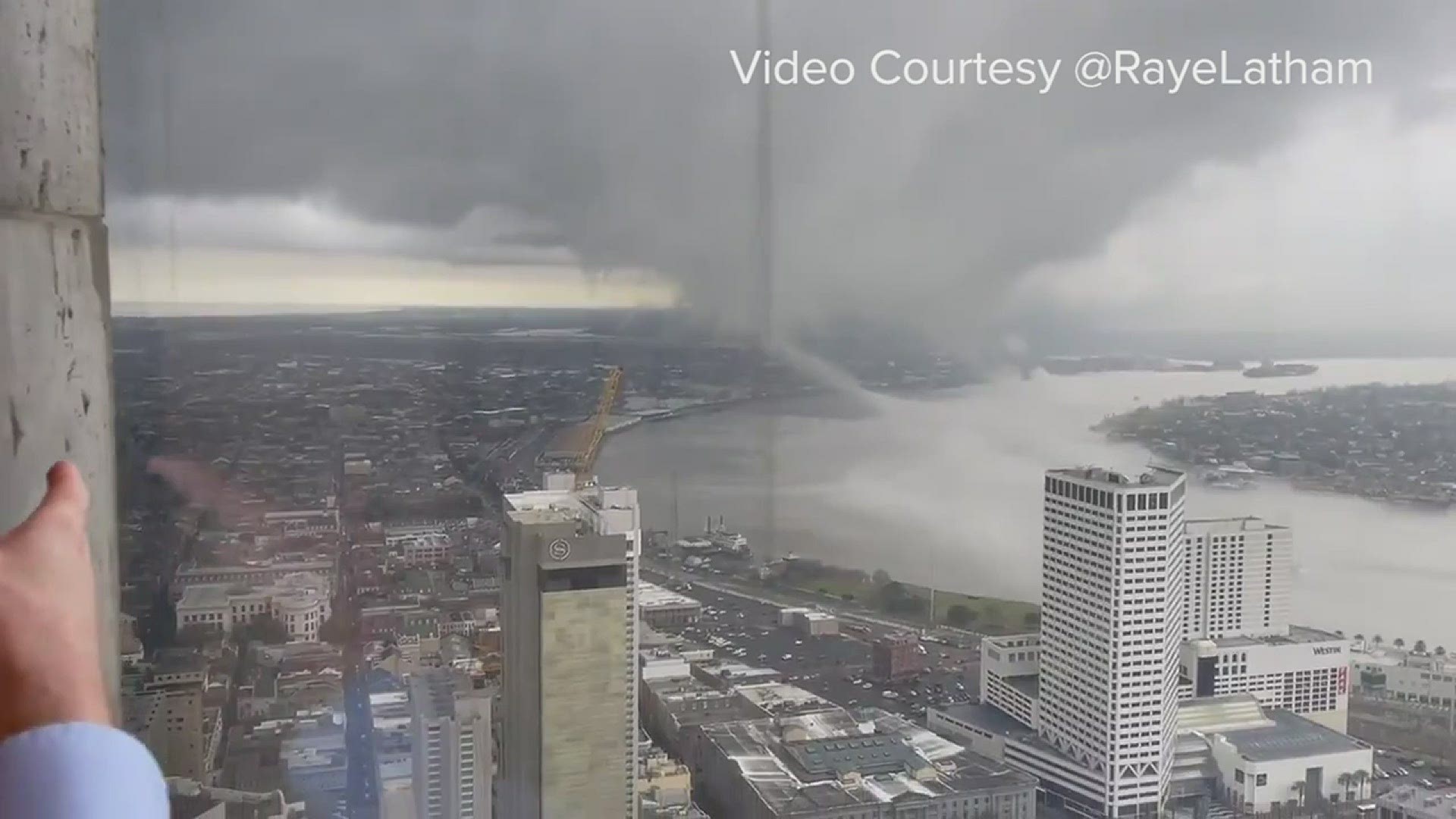 NEW ORLEANS — Is it a water funnel forming? Smoke coming off the water?

It might look ominous, but there's nothing to worry about.

"What looks threatening and ominous appears to be low clouds/scud off the base of low cumulus and moisture (visible as fog) being drawn up into the clouds…not a danger at all!" Chief Meteorologist Christ Franklin said.

Fog was being pulled off the cool Mississippi River by the warm, humid air on top. That fog was being drawn into the low clouds above it.

How cool is this!? Fog on the River being drawn up into low-based clouds. Looks threatening, but isn't...expect to river traffic with regards to visibility! #BeOn4 https://t.co/AlcDgvkxKA

After a warm and humid Monday, a cold front is coming through tonight. The front will bring some showers and thunderstorms with the possibility of heavy rain.

Temperatures will drop into the 60s this evening and into the 50s on Tuesday.

It will be a cool and rainy Tuesday with showers ending by evening.