Emergency crews in St. John Parish desperately want to help their community. But they're at the mercy of Hurricane Ida and can't respond until conditions improve. 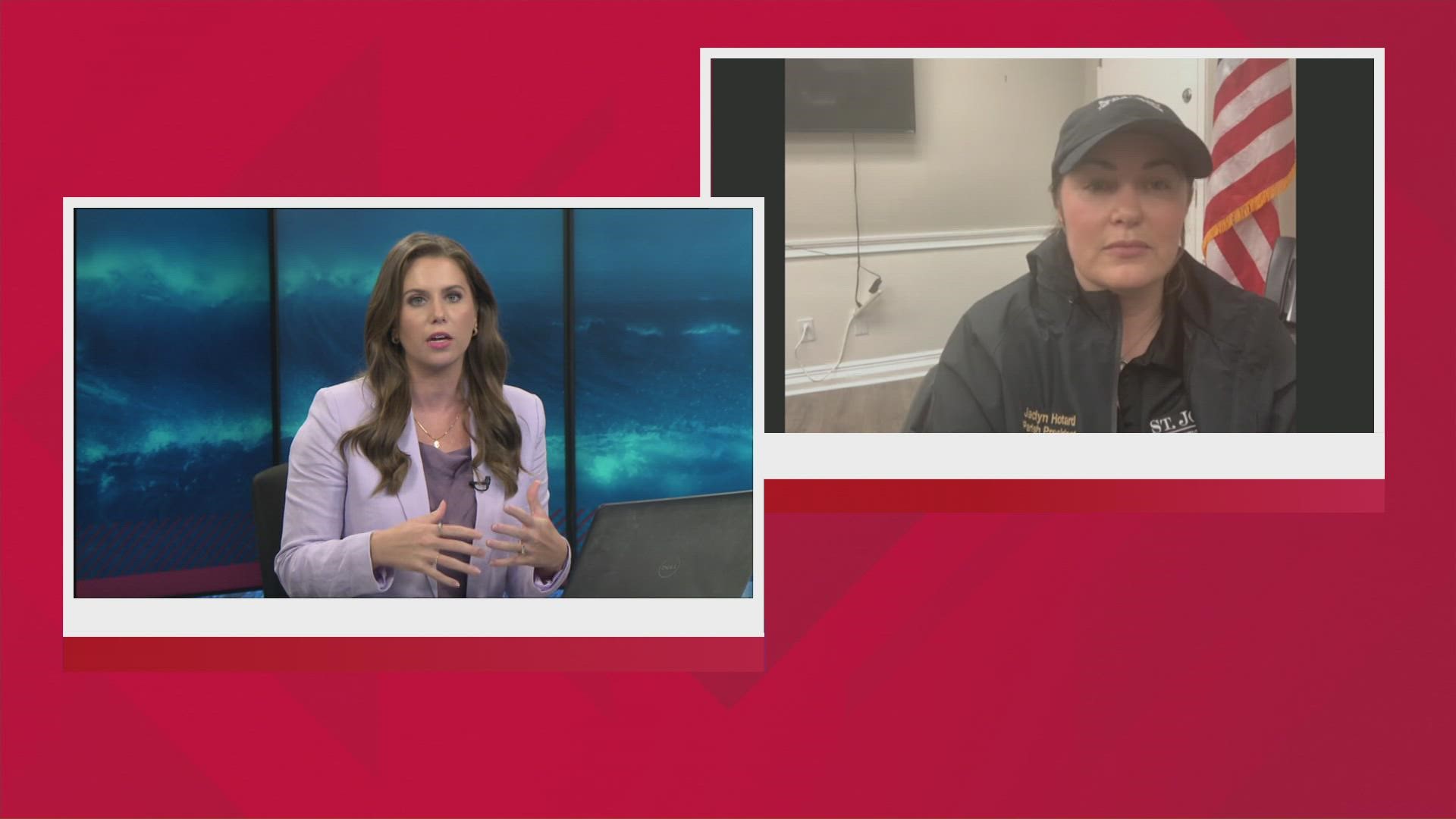 LAPLACE, La. — It's reminiscent of Katrina. Families – trapped in flooded homes – call 911, begging someone to rescue them.

Dispatchers are answering. But, it's not yet safe for emergency crews to be on the roads. Hurricane Ida is still lashing Louisiana.

St. John Parish President Jaclyn Hotard hears their pleas. She wants to help as soon as conditions improve enough to reach these families.

"Right now, it's just not safe to be out there in the elements," Hotard explained.

Meanwhile, the cries for help are pouring in on social media. One person mentioned having a family with a toddler in an attic as floodwaters rose in their LaPlace home.

Hotard confirmed she was aware of at least one 911 caller trapped in an attic but acknowledged there may be more. For now, she's asking anyone needing a rescue to call 911, report it, and remain calm until help can arrive.

The parts of St. John Parish with the most calls for help are the sections off Woodland Drive and Cambridge Drive in LaPlace. It's the low-lying places, near I-10 and closer to the lake, that are most affected by the flooding.

As Hotard explains, that's because the drainage system is a gravity feed one. And, it's actually working as it should, draining water into Lake Pontchartrain.

The problem? There's too much rain and storm surge. So, there's not enough capacity in the lake for all the water that's coming in. That, in turn, leads to flooding.

Still, Hotard remains hopeful that winds will shift in the Parish's favor overnight, and emergency crews can begin the challenging task of rescuing their fellow community members. 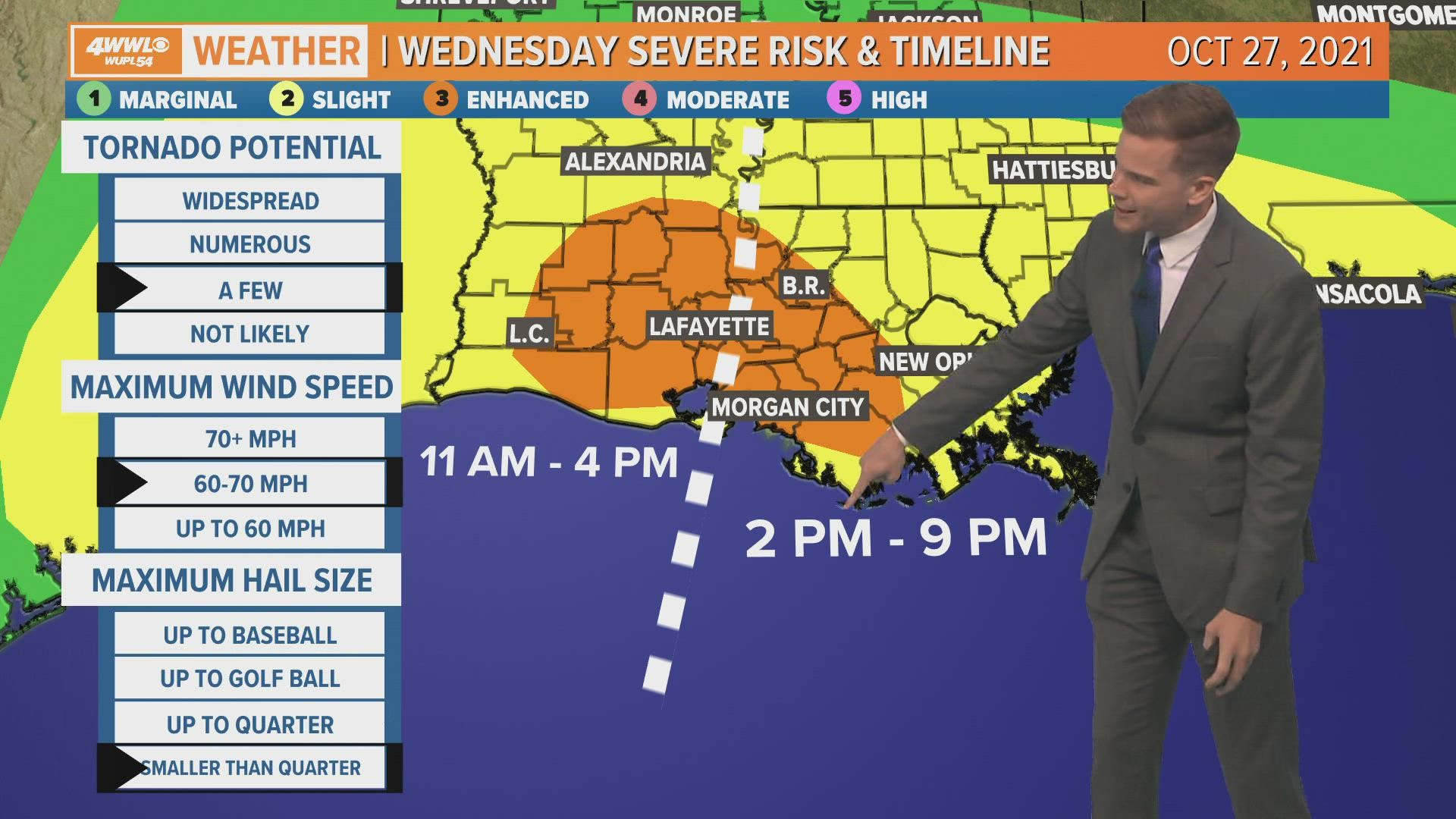 Severe weather threat Wednesday ahead of a big cool-down