"If you don't have to get out, there's no point to get out" | Memphis drivers deal with slick, snowy conditions

The potentially largest snowstorm in decades in Memphis is more than a match for the limited number of city snow plows, salt and brine trucks. 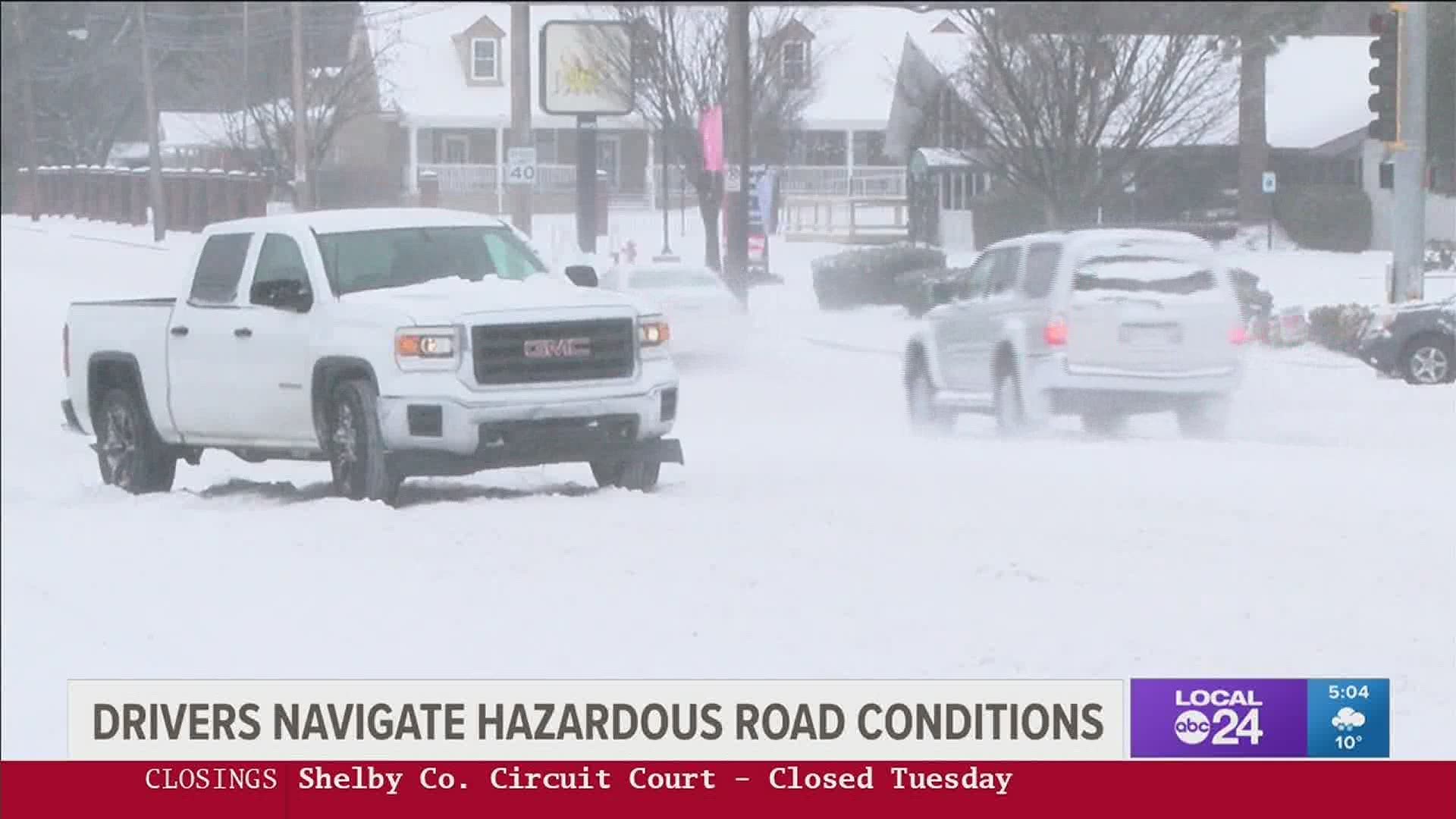 MEMPHIS, Tennessee — Monday's steady snowfall created dangerous and dicey conditions for the few drivers who attempted to get out.

Cars slipped and slid as the limited number of city of Memphis snow plows and salt trucks were overmatched during the peak precipitation on the Bluff City's busiest roads.

The heavier snow picked up Monday morning in east Memphis and didn't let up, and the road conditions - as a result - continued to deteriorate.

"This is no joke. This snow is no joke," Rodney Myers said.

Myers learned that lesson the hard way, with his truck temporarily stuck in the snow, as winter weather blasted the greater Memphis area.

"I didn't think it was going to do like this - snow like this out, this ice, but, you never know," Myers said.

The steady sleet and/or snowfall throughout the Bluff City Monday created slippery side streets and made busier thoroughfares more treacherous, including Park Avenue and Mount Moriah Road.

"I see people getting stuck and they are reversing themselves and trying to get out of the snow," one driver said.

Beyond the snowy, slick spots, poor visibility also didn't help the few drivers traveling out and about.

"You can only see a quarter of the mile down the street. Some guys are moving around. Front wheel drive helps," Jason Wade said. 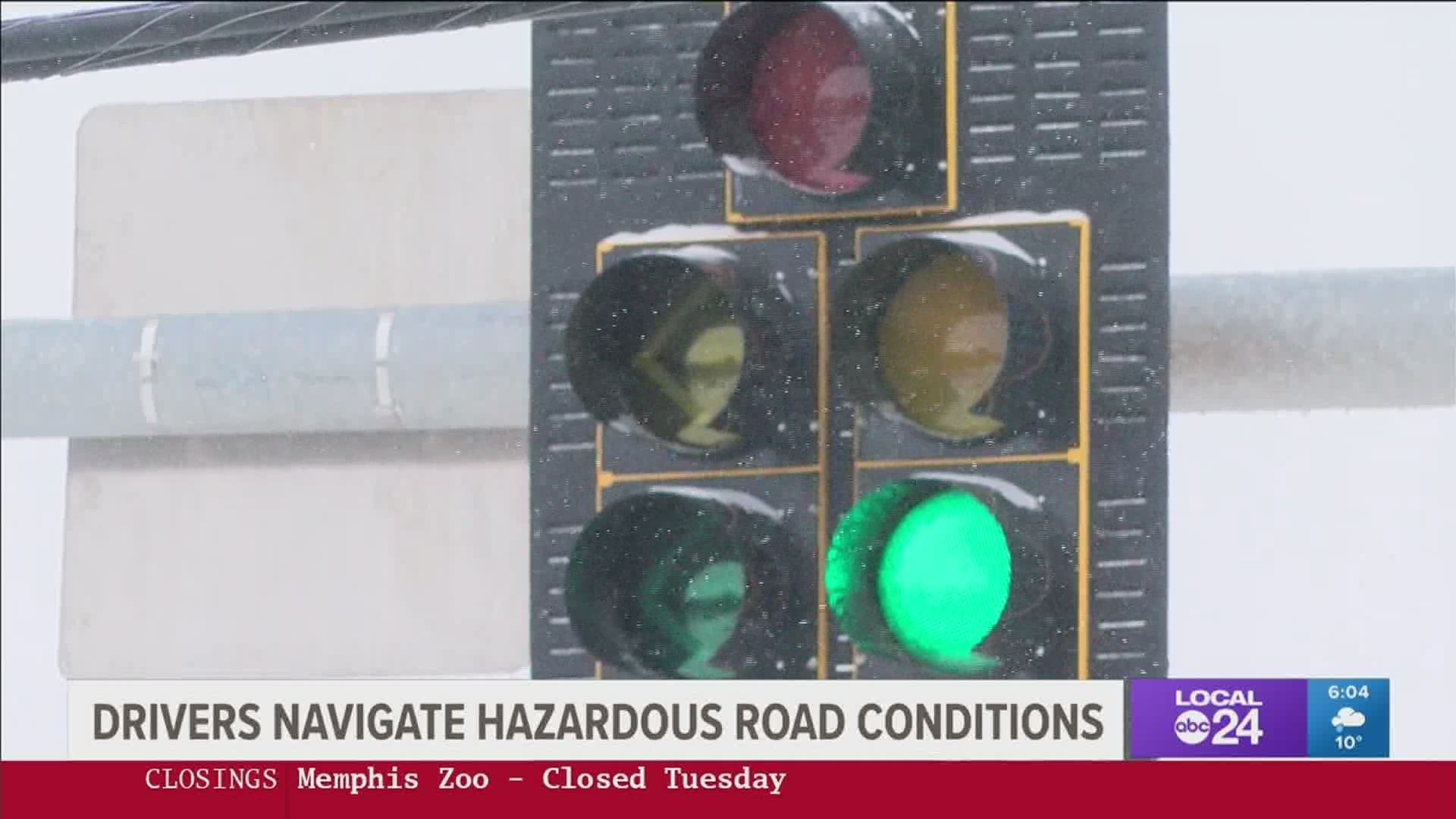 In a city of Memphis release, a combined 30 brine, salt and sand, and snow plow trucks will focus on the busiest city streets Monday and into Tuesday. They'll also assist TDOT on typically busy state roads such as Union Avenue, Sam Cooper Boulevard, Poplar Avenue, and Lamar Avenue.

Throughout Monday, the pace of snow far outpaced the limited ability to treat so many city streets. That's why drivers offered this message.

"If you haven't lived through here, and know we don't have the infrastructure to take of everything like other cities that regularly get snow this time of year, stay in if you can - and be careful if you can't," Charlie Burch said.

Even with the Sunday and Monday snowfall, Memphis drivers won't be out of the woods yet with sub freezing temperatures and additional winter precipitation forecasted in the days ahead.