The line of storms started moving in just before 2 a.m. and started with a Flash Flood Warning regarding the already-saturated grounds. 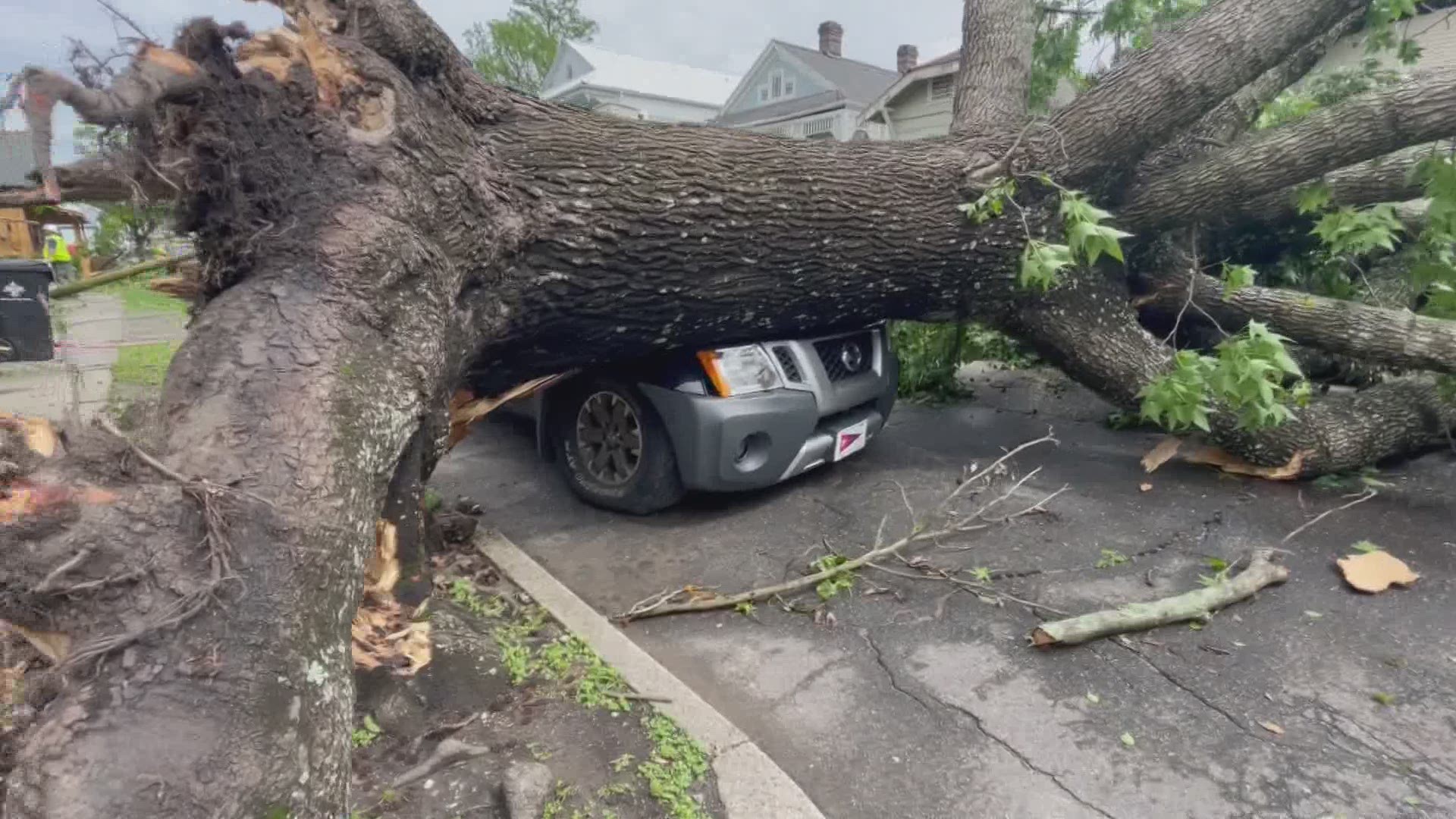 NEW ORLEANS — A brief but strong set of storms that set off two tornado warnings in the New Orleans metro area, and undoubtedly woke several people with emergency alerts, knocked out power to almost 15,000 homes.

Power has mostly been restored as of 4 p.m. Saturday, with Entergy estimating full restoration in the Carrollton area by 9 p.m. and Algiers by 6 p.m.

Meteorologist Payton Malone said a possible tornado may have hopscotched from Uptown over to Algiers Point.

The National Weather Service was out midday Wednesday looking at the damage and debris in an attempt to determine if the damage was, in fact, caused by a tornado.

A large oak tree fell near Pine and Cohn Streets during the overnight storms that hit New Orleans. The National Weather Service has teams in the field to survey the damage and determine whether a tornado touched down or if the damage is from straight line winds. ⁦@WWLTV⁩ pic.twitter.com/sRiBMdL7cN

There are several reports on social media from Broadway near Cohn and from areas in Algiers Point - trees reported down and damage to some homes.

An Eyewitness News crew talked to a family who said the roof was ripped off of their Pine Street home during the storms. They said they heard the rain starting to get inside of the home and are thankful they weren't injured.

The Entergy website that detailed the outages did not have an immediate estimate of restoration time for the outages as of 3 a.m.

The line of storms started moving in just before 2 a.m. and there was a Flash Flood Warning regarding the already-saturated grounds that have seen - in some cases - up to 7 to 8 inches of rain since Monday. There was also a severe thunderstorm warning, followed by two tornado warnings as areas of rotation popped up in the Uptown/Broadmoor area and trekked over to the west bank and another popped up closer to the middle of the city and went over downtown and over toward Algiers Point.

The roof was ripped off one home on Pine Street. The family of 5 says they heard the rain start coming into their home. They’re thankful they weren’t hurt. pic.twitter.com/hYy95z8I7E

A Flash Flood Watch remains in effect for the metro New Orleans area until 6 p.m. Wednesday.

The power outages seemed to follow the paths of the rotation.

Social media was abuzz with people talking about heavy winds, lightning and rain, but there was no immediate word of any official tornadic damage.

The 3 days of heavy rains and severe storms is forecast to be ending with nicer weather for the upcoming weekend.

RELATED: No early tropical development in the Atlantic for now