Flash Flood Watch has been extended through Friday evening 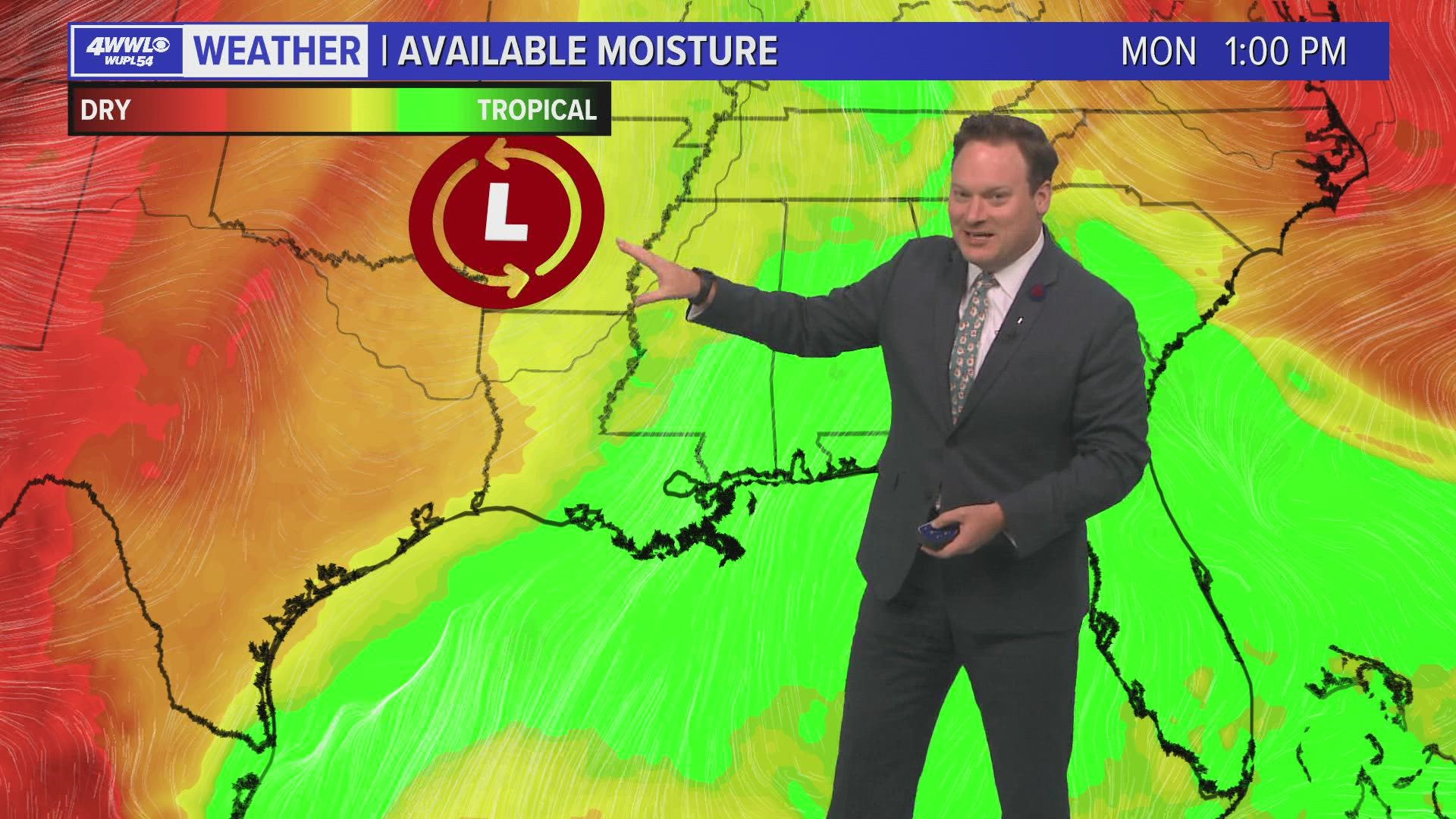 NEW ORLEANS — The circulation around Nicholas continues to bring moisture-rich rainfall across parts of the area. While most of the heavier rains have shifted farther east, thanks to the dry air from the west, there remains ample tropical moisture to trigger some downpours. With the ground saturated and Ida debris still blocking catch basins, a flash Flood Watch has been extended until Friday evening for the entire viewing area. Coverage does look to be a bit less than the last few days, around 50-60% through Friday. An upper low out west will likely keep the train of moisture over the region, keeping rain chances at 50% through the weekend and early next week. Not to get too ahead of ourselves, but the models have been hinting at a cold front *perhaps* toward the end of next week. We'll see!

Eye on the Tropics:

The circulation associated with Nicholas will likely continue to bring periods rain, sometimes heavy, across the northern Gulf coast for the next few days.

3 other tropical waves being monitored by the NHC all look to remain away from the Gulf of Mexico. Invest 96 looks to parallel, but not reach, the East coast...although it could come close to the Canadian Maritimes. Invest 95 remains far in the eastern Atlantic, but long-range models indicate it will remain in the Atlantic. Some impact to the Caribbean islands is possible. And another wave coming off of Africa is also forecast to remain over open water.