Manager Josh Frederick said bushes were covered in ice when he arrived at work. He had to call 5 plumbers just to find a company with an immediate opening. 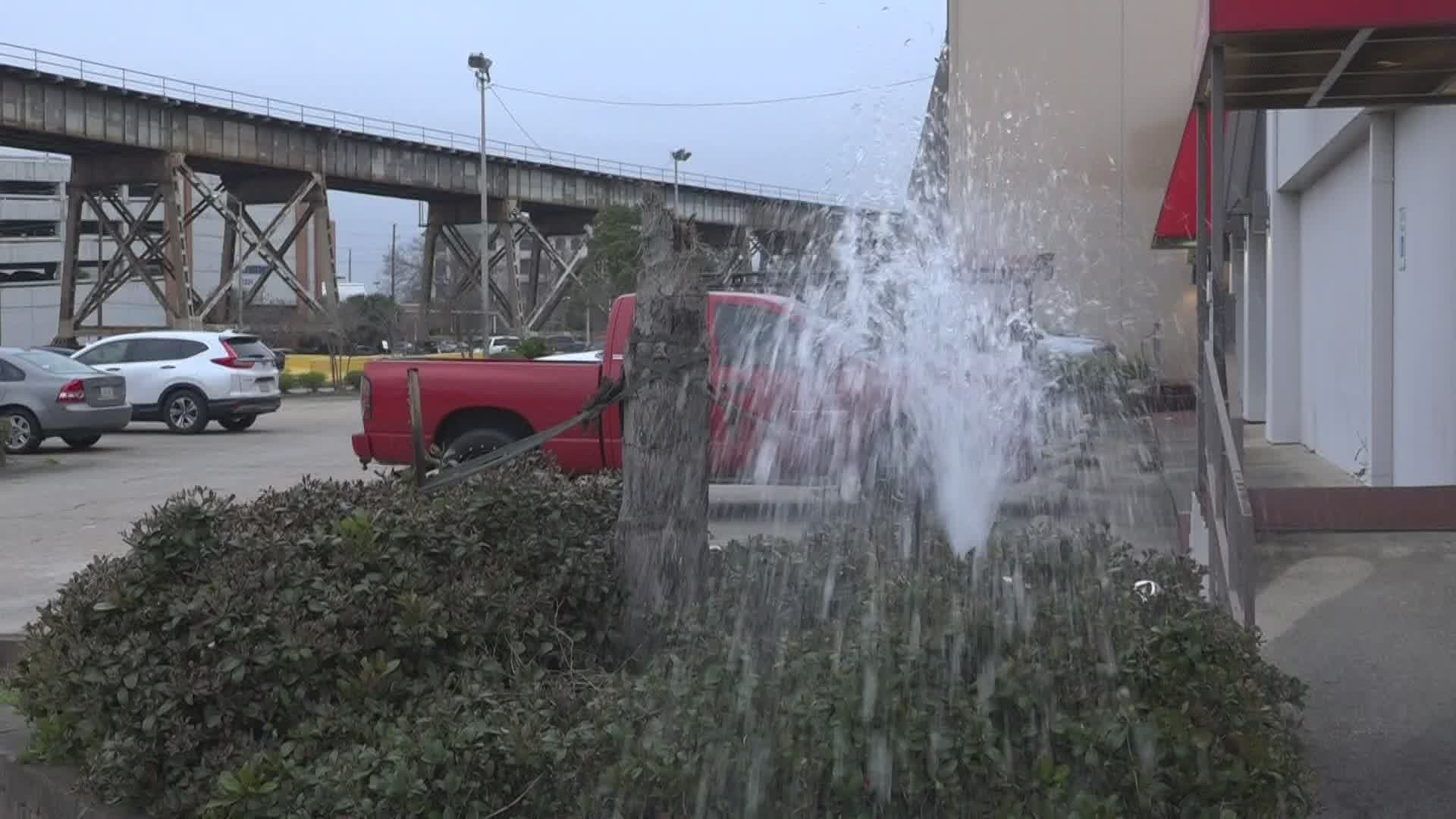 NEW ORLEANS — Plumbers across the greater New Orleans area are busy this week, struggling to keep up with the number of pipe repairs thanks to the cold weather.

At Cort Furniture Rental in Jefferson Wednesday, a valve failure caused water to spray all over the sidewalk and landscaping.

District Manager Josh Frederick said the bushes were covered in ice when he arrived at work. He had to call five plumbers, he said, just to find a company with an immediate opening.

“We’re not built for this. Old pipes, old valves, they’re not made for this,” Frederick said.

William Hohensee from MudBug Plumbing arrived a few hours later to fix the issue. He spent the morning crawling under homes to make repairs from broken pipes. There are dozens and dozens of breaks all over the New Orleans area.

“Usually we can get by, but when it gets cold like this and stays cold, that’s is when you get the problems,” said Hohensee.

“You have your normal workload, and then you know you have the people calling in and it’s just not enough plumbing companies to get to all the people, you know?”

RELATED: How to thaw pipes, or what to do if it already burst

He says most homeowners with breaks weren’t following the old advice of running a thin stream of water through the faucet furthest from the street.

“You don’t want to run too much water because then you’re gonna have a big high water bill. It just has to be a little bit to keep it moving, and it definitely has to be the furthest away, which normally would be a faucet outside, a hose faucet outside. And you want to disconnect all your hoses,” said Hohensee.

Other companies we spoke with said they’re busy fixing similar issues, both residential and commercial, all over the city.

But it can get expensive to get the water flowing properly again. Cort Furniture only needed one part.

If your water is out, you should shut off the water to your home and call a plumber.