How much rain, wind and storm surge will you get from Tropical Storm Barry

Here's what you can expect in terms of rain, wind and the storm surge as the tropical storm approaches landfall. 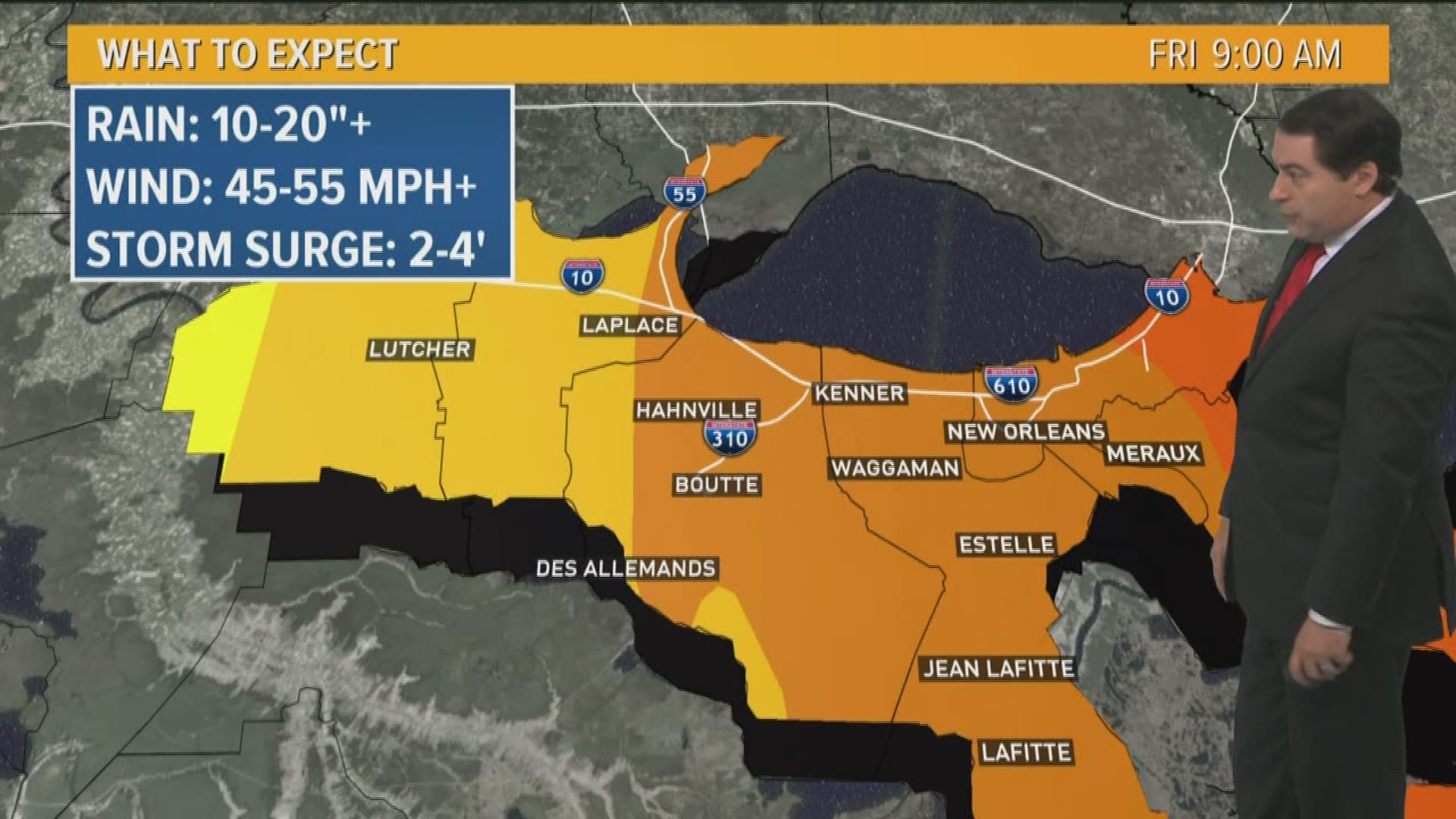 WWL-TV is watching Tropical Storm Barry as it approaches the Louisiana coast. Here are the latest estimates of what you can expect from the storm over the weekend.