More than 2 feet of water sloshed into parked cars just blocks from the S&WB's Drainage Pump Station No. 1 as crews tried to get the pumps working again. 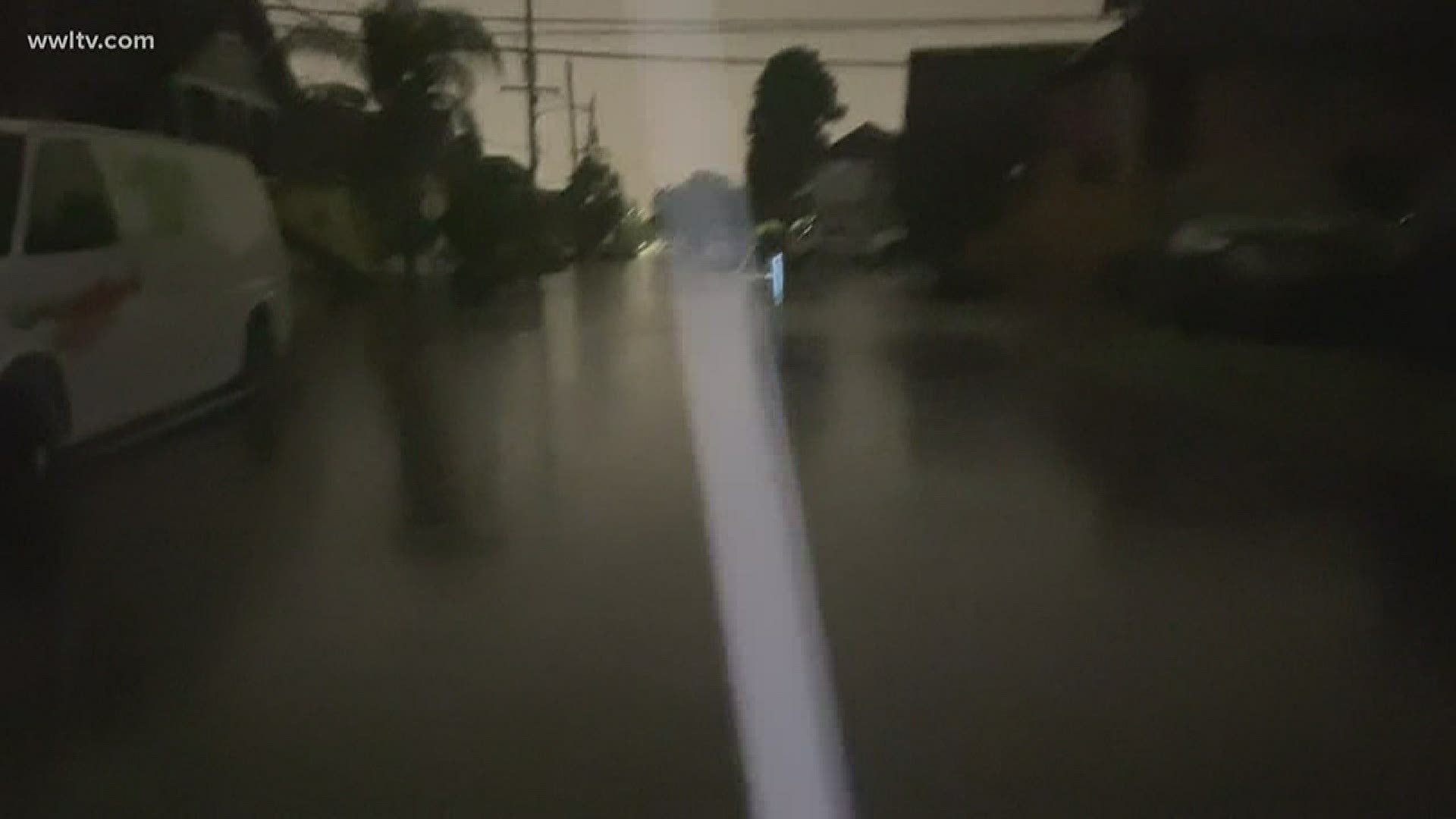 More than 2 feet of water sloshed into parked cars just blocks from the Sewerage and Water Board’s Drainage Pump Station No. 1 as crews inside the large brick building scrambled to get the pumps back on.

That left residents frustrated by the lack of drainage progress. They know the S&WB poured more than $100 million into emergency repairs after the pumps failed in 2017 and finished a half-billion-dollar drainage “superhighway” network of underground box culverts in 2019 – including one SELA culvert that passes within a block of Friday’s flooding.

At 2 a.m., a passing vehicle helped WWL-TV photojournalist Steve Wolfram move his daughter’s flooded-out car onto the Broad Street neutral ground so it could be towed away. A few minutes later, Artie Dennis was shining a flashlight and expressing his frustration as the only working catch basin on the street bubbled up and pushed water out the wrong way, back onto the street.

“The power outage came and then the streets just started flooding!” Dennis said the next morning, adding that the S&WB “have the engineers to figure it out. (So) figure it out.”

And Willie Jefferson, a former auto shop owner who still fixes neighbors’ cars outside his house, woke up Friday to find several gallons of water in one of the sedans.

“I'd like for them to keep the pumps on because that seems to be the problem,” Jefferson said. “Seems like as soon as the pump comes on, it sucks it right out.”

S&WB spokeswoman Courtney Barnes said lightning caused two of the pumps to lose direct power from Entergy, the utility that feeds the city’s drainage system using regular overhead distribution lines. Barnes said “lightning also knocked out power to an electrical feeder connected to one of our frequency changers, turning off a third pump at that station.”

A frequency changer is a large piece of equipment the S&WB uses to convert Entergy’s modern 60-cycle form of electricity into a century-old 25-cycle power that powers many of the city’s older drainage pumps but is barely used anywhere else in America.

In addition to using susceptible overhead distribution lines from Entergy, the S&WB also uses its own overhead lines to send converted power from its frequency changers on Peoples Avenue near the Industrial Canal.

The Sewerage & Water Board and Entergy have been fighting for years over how to pay for a dedicated substation at the S&WB’s power plant. But the board may finally be moving forward with $7 million from state Capital Outlay Funds to start the first preparatory phase of the substation construction project.

Barnes said the S&WB continues to be limited in its ability to produce the old-fashioned 25-cycle power after Turbine 5 at its Carrollton plant was damaged in December.

“We are also working diligently to replace the 20 megawatts of self-generated, 25 hertz power lost when Turbine 5 exploded in December while fortifying our remaining 25 hertz and 60 hertz power supply,” Barnes said. “This is a top priority as we approach the 2020 Hurricane Season with significantly diminished redundancy in our power generation capacity.”