3 killed by storm in northern Louisiana

At least one instance of fallen trees trapping people in homes and multiple injuries have been reported throughout the area. 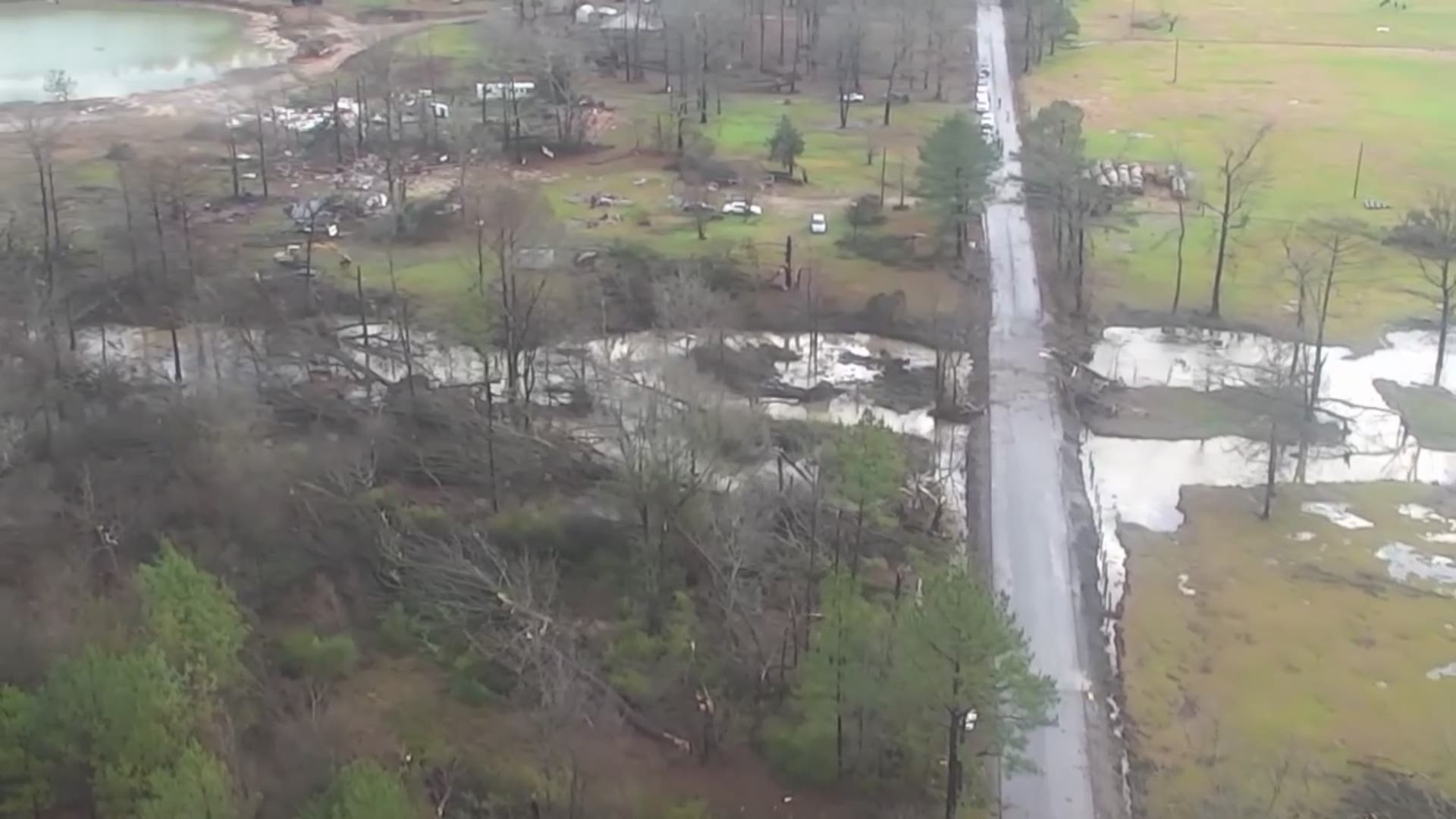 NEW ORLEANS — At least three people have been killed in a storm system that moved across northwest Louisiana Friday night and Saturday morning, the Associated Press reported.

An elderly couple in Benton, Louisiana, was killed when their trailer was destroyed, a spokesperson with the Bossier Parish Sheriff's Office said.

In a social media post, the sheriff's office said what was left of the couple's home was 200 feet from the home's foundations. Three dogs were still missing.

Using a drone to asses the damage, the sheriff's office said the tornado traveled "east/northeast," hopping from and back to the ground.

Benton Middle School was also damaged during the storm, its roof peeled back by the wind, a BPSO social media post said. 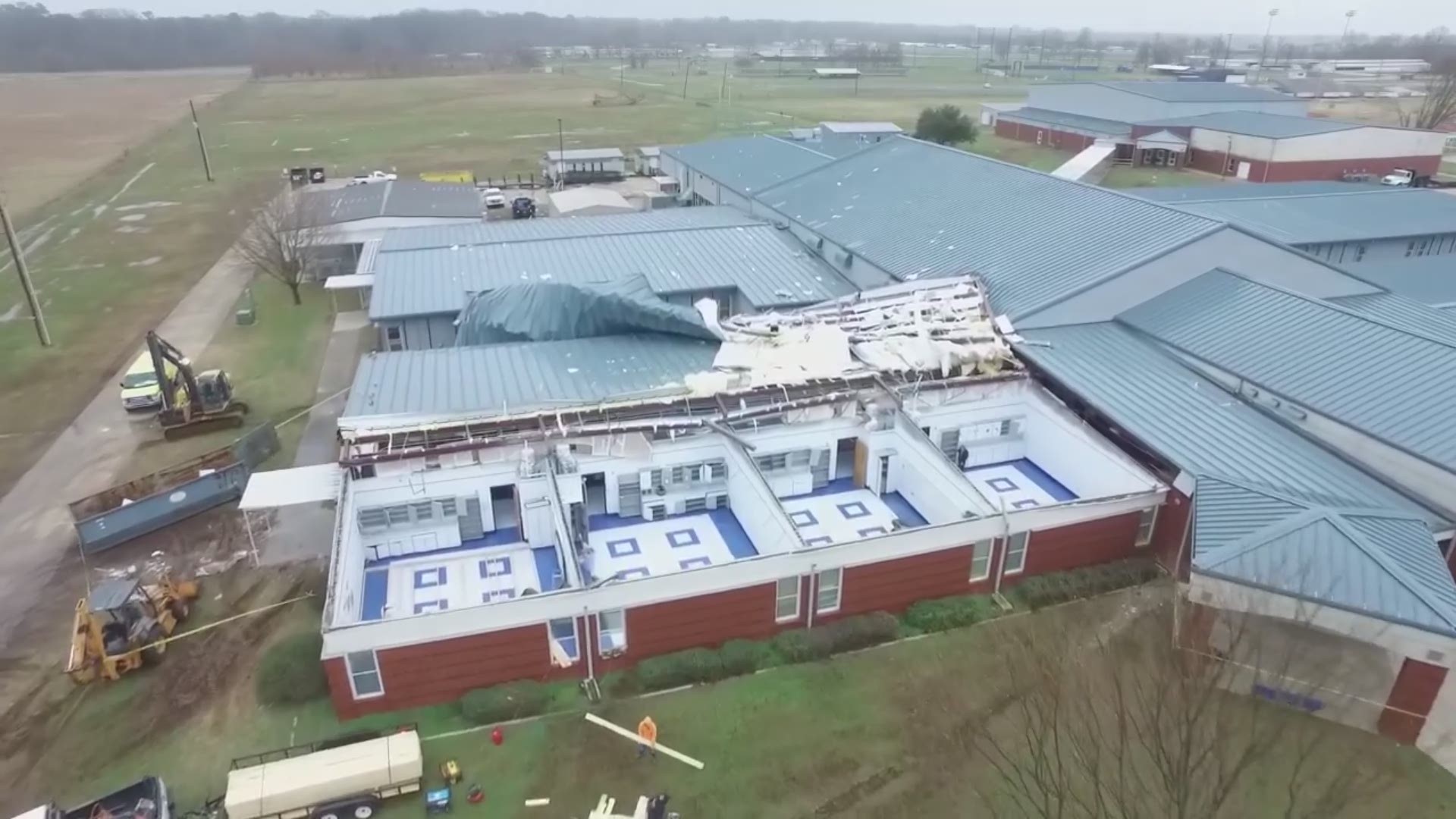 Another person, described as an elderly man, was reportedly killed when a tree fell on his house around 1 a.m. Saturday in Caddo Parish.

His wife, who was with him at the time, was unhurt, KSLA reported.

Storm damage has prompted the closure of part of Interstate 20 in Webster Parish.

The storm is part of a line of storms making their way across Louisiana over the weekend. Wind gusts of up to 70 mph are expected in the New Orleans area Saturday morning.