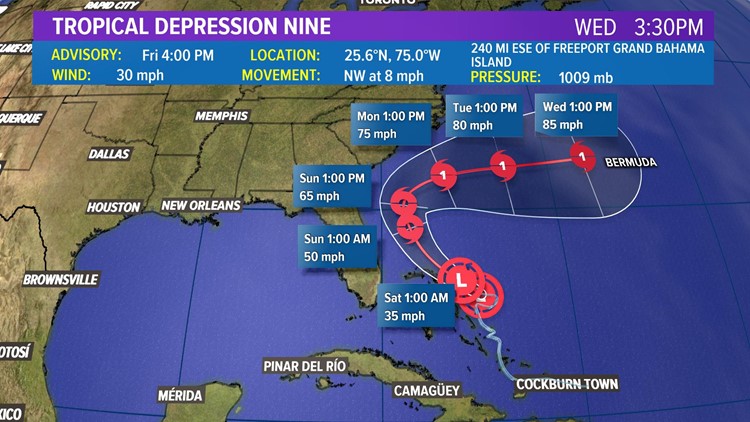 National Hurricane Center: TD 9 to become tropical storm within the next 24 hours

WWL-TV Meteorologist Alexandra Cranford tweeted that the storm isn't a threat to Louisiana.

The system is likely to bring tropical storm force winds and heavy rainfall to parts of the northwestern Bahamas late Friday, the message said.