Is Every Snowflake Truly Unique?

You've probably heard it since you were a kid, that no two snowflakes are alike. Is this true though? Meteorologist Michael Behrens explains. 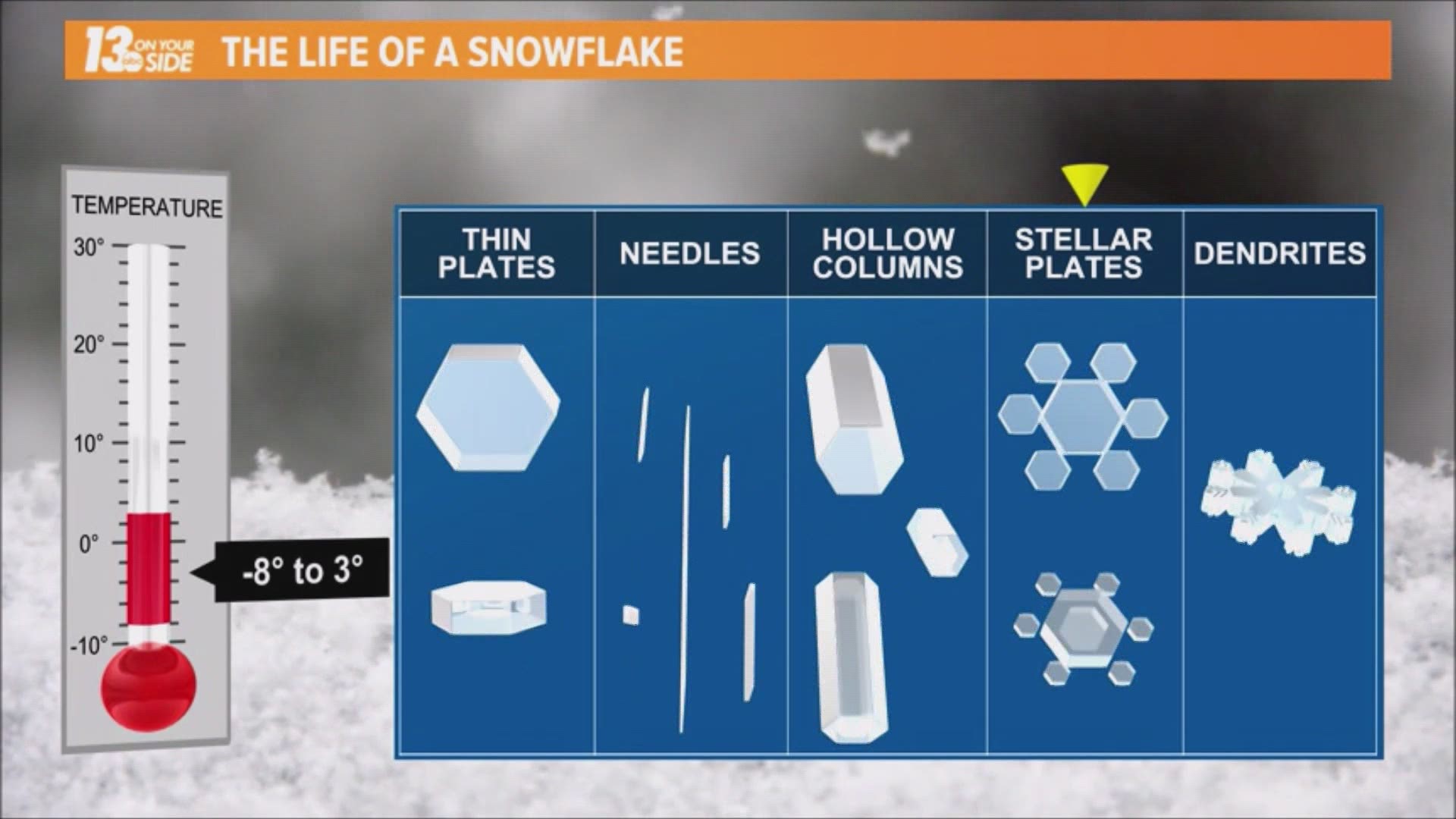 GRAND RAPIDS, Mich. — It's a statement almost as common in winter as "if it wasn't for the wind it wouldn't be so bad outside." That saying, no two snowflakes are alike.

The question is then, is this statement true?

The answer is effectively YES!

While there is no realistic reason that two identical snowflakes cannot form, the likelihood of such an occurrence is incredibly low thanks to the chaotic and unpredictable path each snowflake has in its formation.

From this initial crystal structure the next part of snowflake formation gets very chaotic. As these flakes are very light they are carried by wind currents up and down and all over the cloud, experiencing different temperatures as they grow and form. This creates a unique path and a unique growth pattern for each snowflake as it experiences the different temperatures throughout the cloud.

Below is a chart of the different base elements of a snowflake.

Credit: Michael Behrens
These are the 5 base components of every snowflake.

The chaotic path each of these flakes takes through the cloud and through the various temperature regions in the cloud means each flake will build different base components, for different durations, on top of whatever component was previously forming in each individual snowflake.

As as result of this process, and the nearly infinite number of paths a snowflake can take before it reaches the ground, we get the saying no two snowflakes are ever the same. While this may not be 100% true, as there is no reason two snowflakes could not follow the same path and form in exactly the same way, the odds of this happening are astronomically small.

So as for my take, I say go ahead and say it! No two snowflakes are exactly the same.