Tornado sends tree into child's bedroom; He woke up early only by chance

ASCENSION PARISH, La. — As she loaded her dog into the car Thursday morning, a tornado warning alert sounded on Cassie Harper's phone.

"It happens all the time, but a tornado never actually comes," Harper said.

But this time was different.

A possible tornado touched down in Harper's neighborhood, sending trees flying and blowing her front door off its frame.

"I couldn't see (my key) to even put it in the lock," Harper said. " Then, the door just busted open. I came in and when I got in, the whole roof fell. It happened so quick." 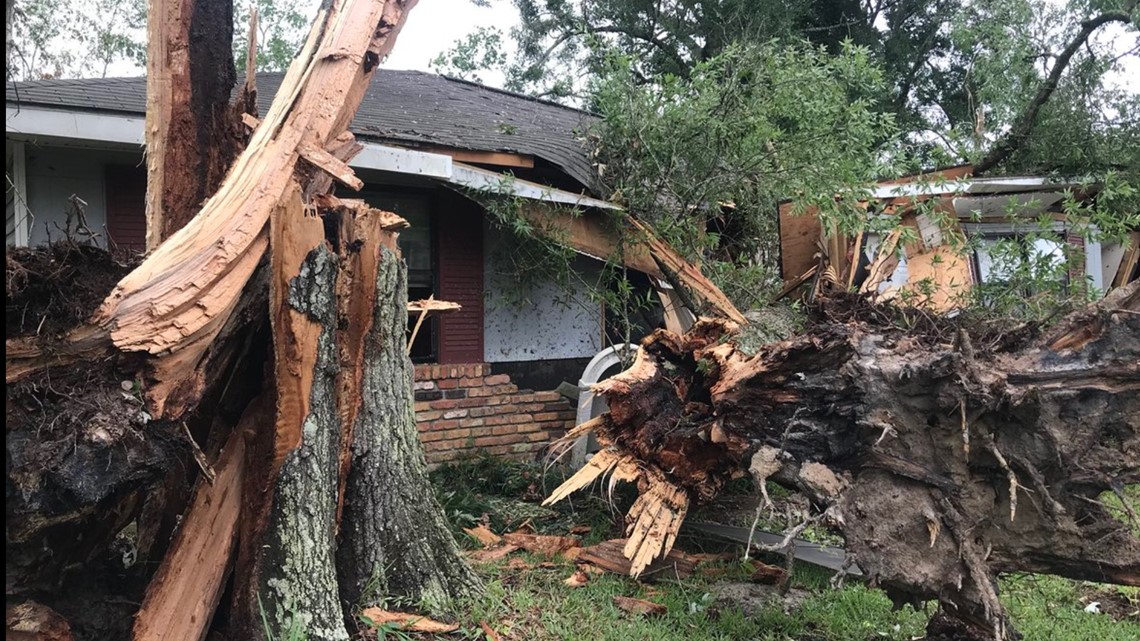 Harper says the whole storm lasted just three minutes, but the damage it did in that short time period was devastating. Multiple trees broke through her roof and walls, entire door frames were blown off and pushed into other rooms and broken glass litters the floor.

Most shockingly, a whole tree crushed what was her son's bed.

"He had a field trip this morning, so I woke him up early," Harper said. "It would have landed right on him."

Harper called her children's daycare from a safe room in her house. Thankfully, they were safe and the severe weather did not reach them.

Her home wasn't the only one with damage. When it was safe, Haper and her husband joined neighbors going door-to-door to make sure everyone got somewhere safe until the storm passed.

The Harpers will be staying with family for a while. They tell Eyewitness News that they have an insurance adjuster already on their way to assess the damage, but nothing can be done until the trees are removed from their home.