Tornado Watch for northshore until 10 pm

A tornado watch has been issued for the north shore of Lake Pontchartrain until 10 pm. 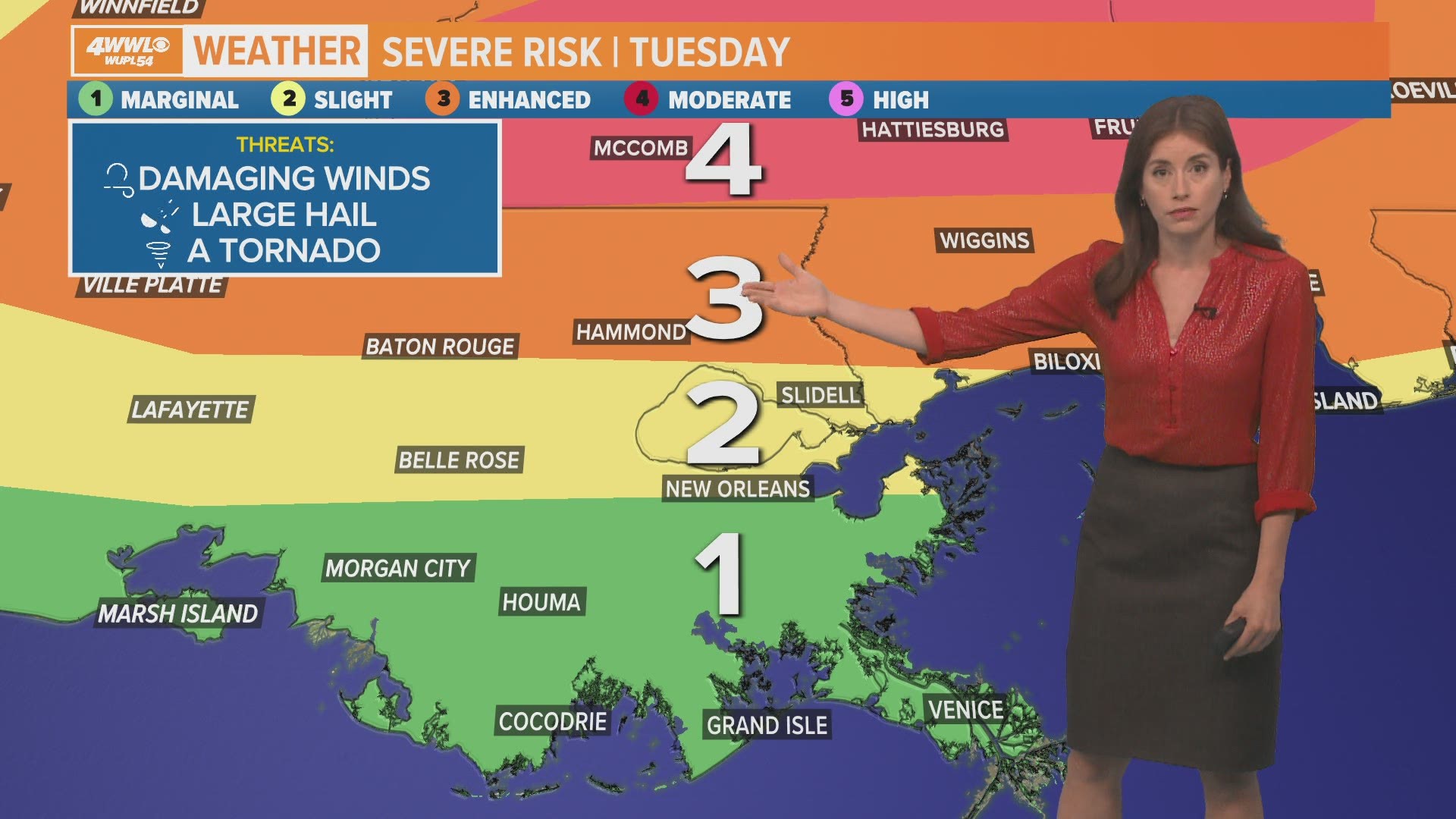 NEW ORLEANS — A line of rough weather is expected on the north shore of Lake Pontchartrain Tuesday late afternoon into the evening. The roughest weather is expected between 5 p.m. and 9 p.m., according to Your Local Weather Expert Alexandra Cranford.

In anticipation of the event, a tornado watch has been issued for St. Tammany, Tangipahoa and Washington parishes until 10 p.m.

Damaging wind, hail and a brief tornado will be possible with the front.

A squall line forming out to our west is expected to roll in late this Tuesday afternoon and evening after roughly 5 p.m. This may be a set-up where the line is strong on the northern end but gets less intense or even falls apart farther south.

Because of this, the severe weather threat will be highest north of the lake where we expect more widespread storms. The main threat will be for damaging straight line winds. We'll also need to watch for possible large hail, and a brief tornado could also spin up.

The southshore severe weather threat is lower because rain should be more isolated. Interestingly, a few models are keeping most of the rain today north of the lake and leaving the southshore dry. That's not set in stone, we'll just keep that scenario as a possible option.

This is issued by the National Weather Service when conditions are favorable for the development of tornadoes in and close to the watch area. Their size can vary depending on the weather situation. They are usually issued for a duration of 4 to 8 hours.

A tornado has been sighted or indicated by weather radar. There is imminent danger to life and property. Move to an interior room on the lowest floor of a sturdy building. Avoid windows.