Giovanni Bommarito found himself near the explosive site and caught the light show on camera, as sparks flew and things went dark. 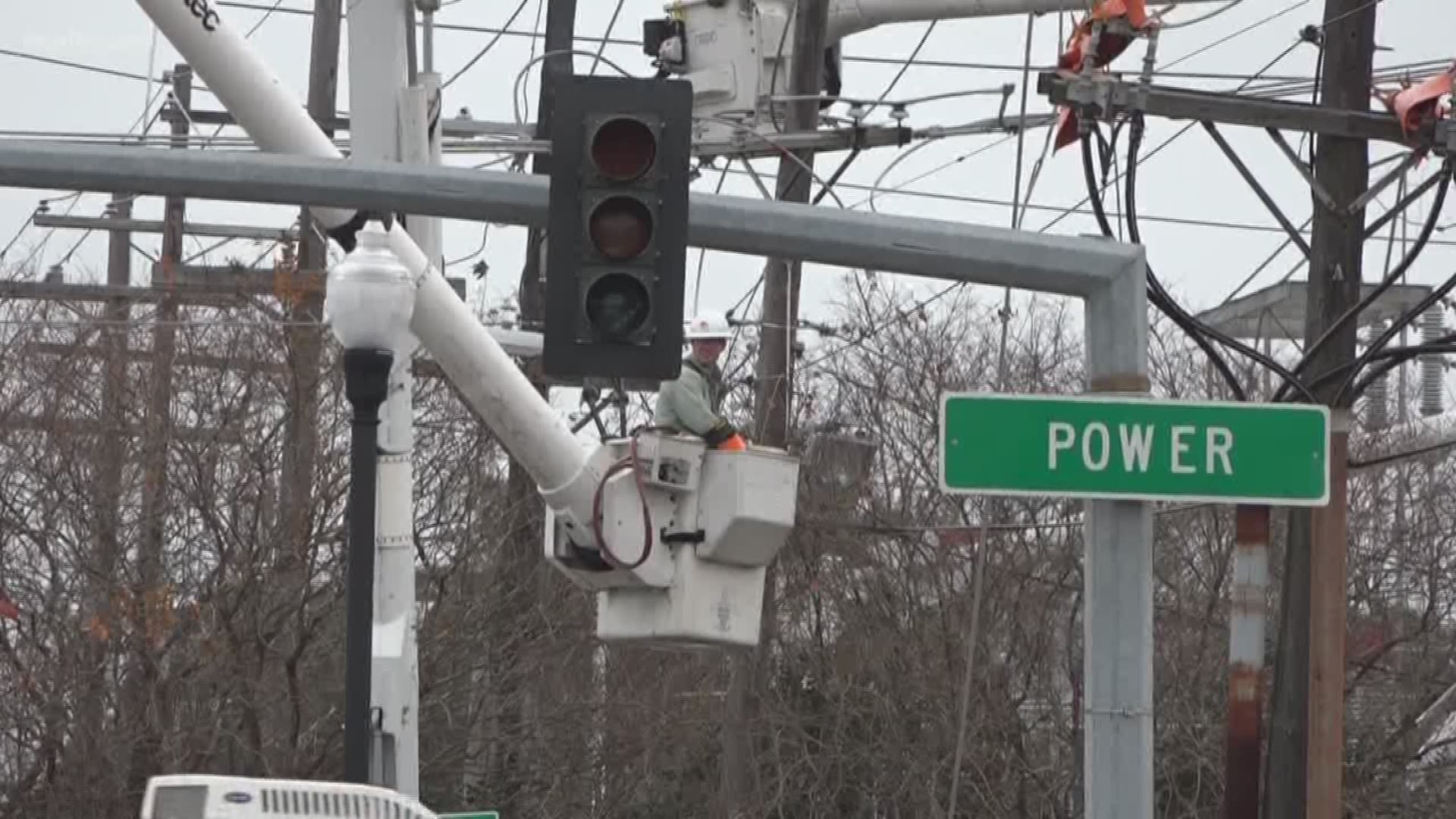 As Entergy crews worked to get traffic lights back on in Kenner, hundreds of residents were still without power Thursday evening after a transformer exploded early that morning.

According to Entergy Louisiana officials, the peak of the outage resulted in 10,100 residents without energy in the Kenner area around 5:30 a.m. after massive sparks sprung from power lines up and down Power Boulevard.

Giovanni Bommarito found himself near the explosive sight and caught the light show on camera, as sparks flew and things went dark.

"We went outside and saw what was left of the explosions, so we thought, and we pulled out our phones just in case and it lit up a grand finale for us,” Bommarito said.

Bommarito took the video around 3 a.m. Thursday morning. It shows massive sparks coming from what appears to be pole top transformers, the boxes that help lower high voltage electricity for customer use.
1:20

"Traveling all the way down to Power was the lines, sparking on fire like some Looney Toons dynamite," Bommarito said.

Experts say while lightning strikes are some common way transformers explode, but rain and strong winds can cause power lines to touch or tear.

With severe weather early in the morning, 40 mph winds apparently put an overload of energy on the transformer which resulted in one light show people couldn't look away from.

“It was a train wreck you couldn't look away from. It just kept going and going and it looked like a battlefield from world war I down to Power and down by the IHOP," Bommarito said.

Bommarito’s video was posted on social media and has been seen by thousands, with many
many leaving comments such as, "the terminator is coming,” and “this looks like a scene out of an alien movie."