Just three months into the year, there have been already 69 wildfires in Maine, burning 54 acres of land. 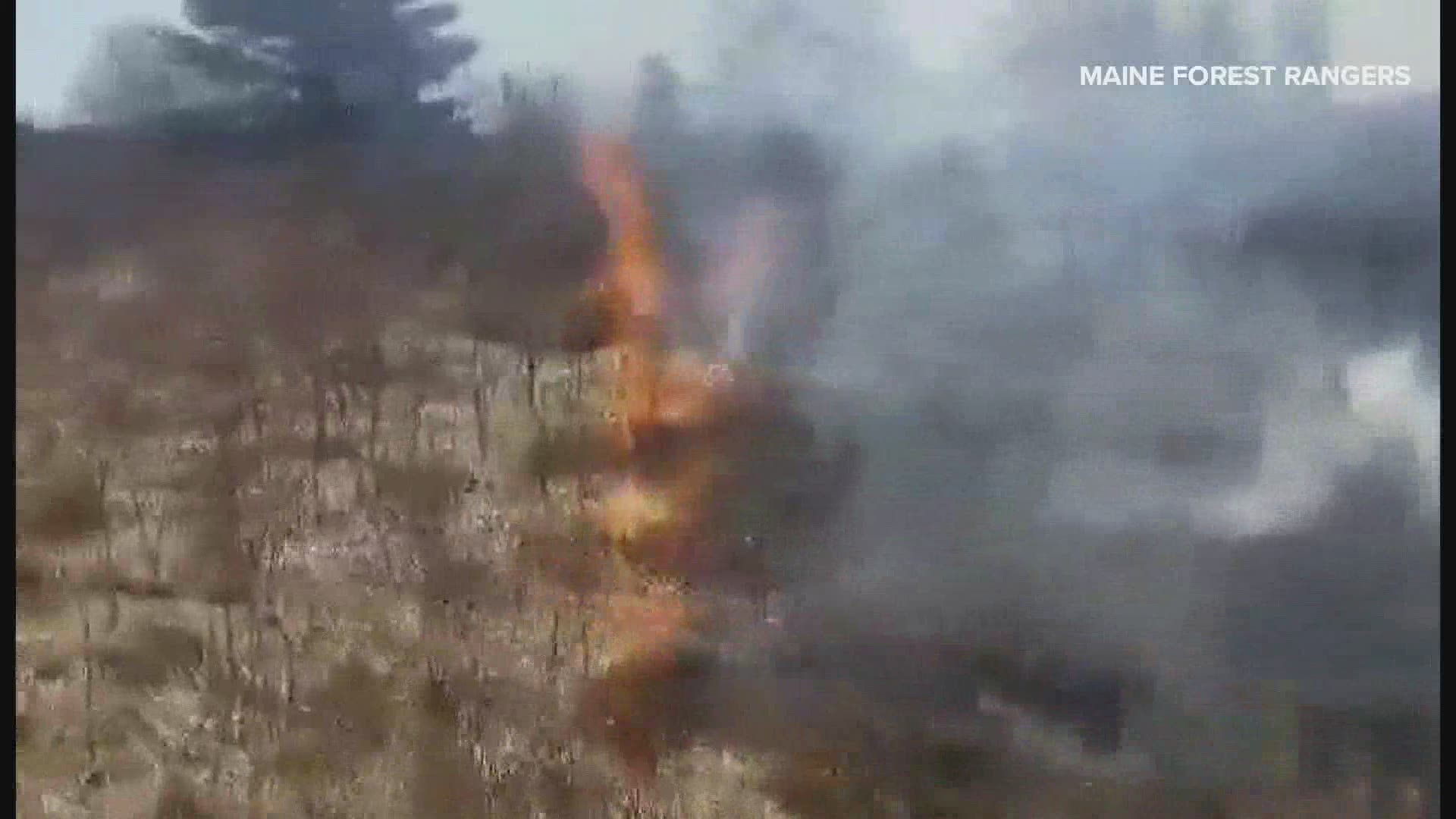 As winter turns to spring, it doesn't take much for a small spark to flare into a wind-whipped wildfire.

According to fire officials, right now is the prime season for wildfires.

The Otis and Mariaville fire deputy chief Karen Murray says it's important to stay alert this season as these types of fires are known to spread quickly and easily.

"It's really dry, and one little spark of some sort can set it off, and then it just goes across the ground," Murray said.

As the snow melts, dry brush and dead leaves covering the ground plus the strong sunlight can be the perfect fuel for a fire.

"But now, even though we've had a bunch of rain, that top fuel on top of the ground right now is super dry and that really burns really quick, so fires can escape and get away from people very often. I would say just make sure you get a permit, keep an eye on the weather, and just be extra cautious this time of year," said Ben Goodwin, district forest ranger for the Downeast district.

Just three months into the year, there have been already 69 wildfires in Maine, burning 54 acres of land.

"You know, if you are burning brush in the back yard and a little ember gets into the grass, it can really take off quick," Goodwin said.

Fire officials are warning Mainers to be cautious and prepared for wildfires — they are known to spread quickly and easily.

Remember to get a burn permit if you plan to burn brush piles outdoors and put it out when you are done.

A wildfire Tuesday afternoon in Otis-Mariaville burned nearly five acres of land, another big wildfire earlier on Tuesday burned more than 20 acres in the Lubec area.

"It went on both sides of the road, and it traveled in all directions...north, south, east, and west," Murray said.

Forest rangers said it's a similar start to last year, which overall had 1,154 wildfires, one of the busiest years for the rangers in 30 years.

Fire officials say these types of fires are hard to battle and these forestry hoses are not easy to carry around.

"And that's a lot of work. There was a lot of engines here, but also the manpower really takes a lot of people and a lot of team effort to really put these fires out," added Goodwin.

Officials are reminding everyone to get a burn permit if they're planning to burn brush piles outside - as they are required and to remember to put the fire is fully out when you're done. You can find burn or fire permits at the local town office or firefighter departments.