'You only see this on TV' | Severe storms hit Metro Area

Lightning lit up the sky most of the day and thousands of people lost power at some point. 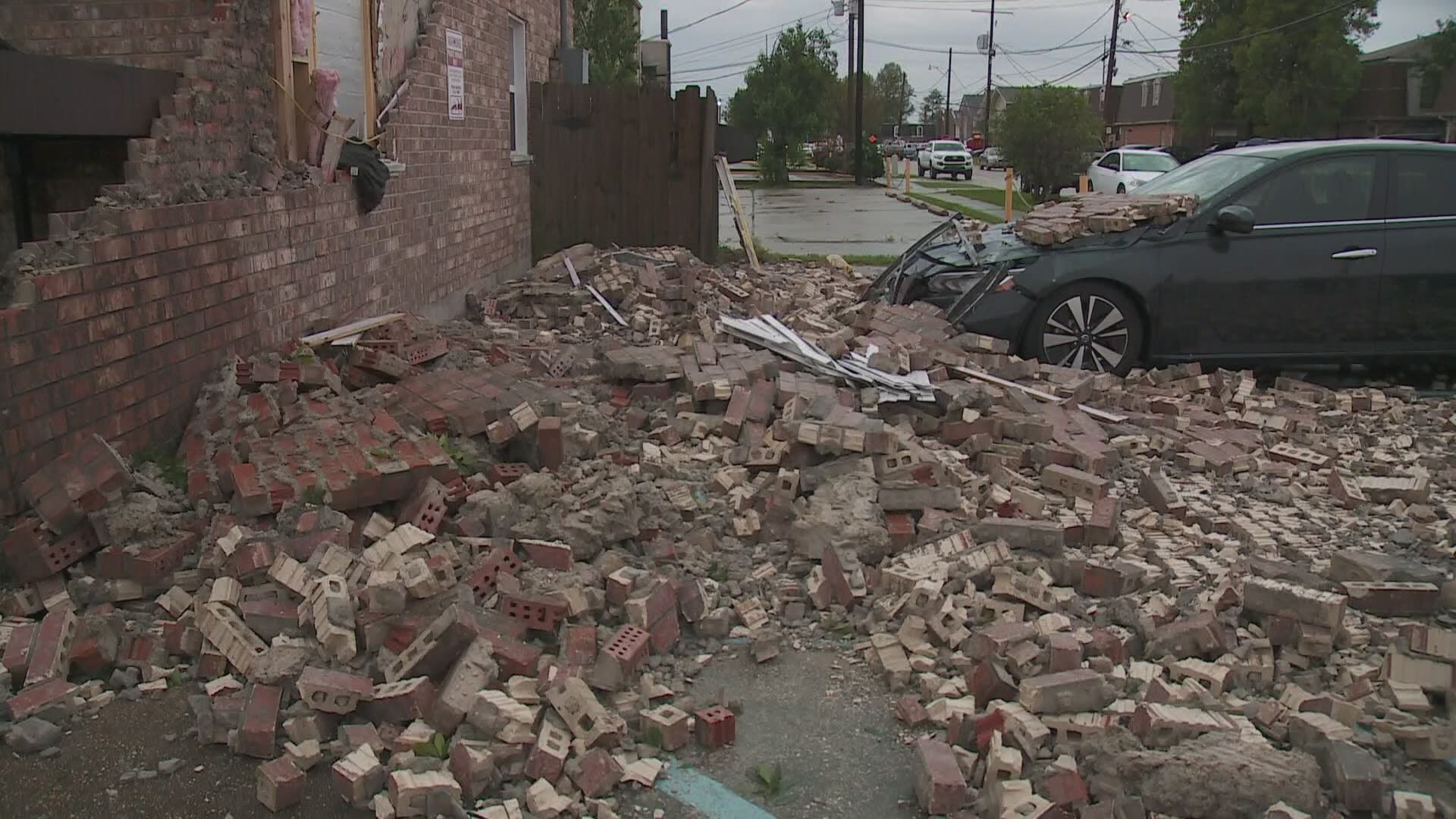 From hail in Cutoff to high winds at the New Orleans Lakefront, Tuesday’s severe storm system brought the force of Mother Nature to Southeast Louisiana.

That hail piled up in Bayou Blue and in some places like St. Bernard Parish, wind gusts were more than 60 miles an hour.

On Bridget Street in Metairie, the wind is partly to blame for a tree falling on two houses. One homeowner wasn’t home. The other one was.

“I’m fine. The worst house is next door and they do have an elderly lady that would stay there but she wasn’t there and that was my biggest concern. I didn’t ever expect this to happen.  You only see this on TV,” said home owner Sarah Anderson.

Just a few streets over the wind peeled off part of the roof at Phoebe Hearst Elementary. In Kenner, the brick façade of an office building came crashing down. The folks inside were trying to keep the doors from blowing up.

“We could hear what sounded like a huge crash and thought for sure a tornado had hit us and the real panic set in. It’s scary,” said property owner Arita Bohannan.

Lightning lit up the sky most of the day and thousands of people lost power at some point.

In St. Charles Parish flash flooding caused several streets to close and some school buses were delayed in bringing students home because of high winds.

“When this rain first hit us, it was coming down at a severe rate, a severe rain rate, and that was causing a lot of issues very quickly in certain areas,” said Parish President Matthew Jewell.

Further South, more than a foot and a half of reported storm surge slammed into Grand Isle, tossing a boat on its side during the process. All of it part of an unrelenting weather system leaving folks grateful it wasn’t worse.