Experts say the algae isn't going anywhere until the spillway is closed, which is scheduled to happen mid-July 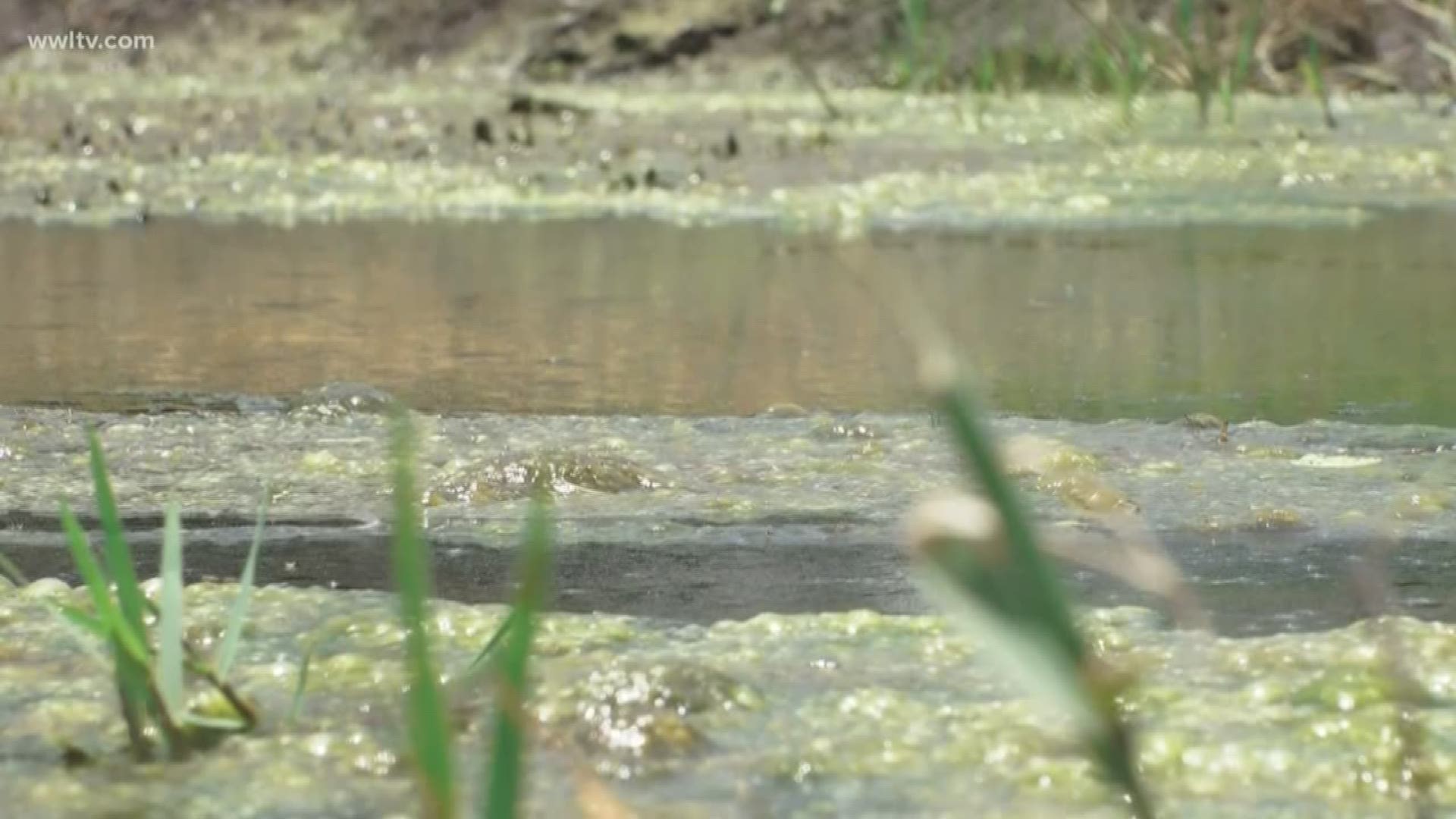 MANDEVILLE, La. — With temperatures climbing into the summer, who wouldn't want to cool down in the water? Yet jumping in is a bad idea.

All along the Gulf Coast, from the Northshore, through parts of the Mississippi, algae bloom is closing beaches off to swimmers.

While signs are posted, it doesn't stop people from going in entirely.  On a sweltering Friday at North Shore Beach, it appeared some couldn't help themselves.

Still, John Lopez with the Lake Pontchartrain Basin Foundation monitors the lake water and said the advisories go out for a reason.

"The lake is basically fresh and full of river water, so we have the conditions that are ripe for an algal bloom," Lopez said.

In other words, it's moving around. Some of the algae potentially contains bacteria that can make people sick.

"You can usually see the minnows and the crabs," said resident Lacey Coulon as she showed WWL-TV the water by her home.

While the algae may not be easily visible all over the lake, people who live near North Shore Beach like Coulon said conditions have been terrible by their homes for the past few weeks. Coulon said she thinks this is the murkiest since she's moved there four years ago.

"We haven't gotten out lately because it doesn't look like it's unsafe condition," Coulon said.

Coulon's neighbor Bill Felder has also noticed algae the growth. He said he was shocked when he heard the moment that two people were hit in an boat accident Thursday.

"I could hear the guy screaming," Felder said.

He said he think that's a tragic reminder to stay out of the water, yet it may not be enough.

RELATED: Woman's body found after being hit by boat in Lake Pontchartrain

"Because it's the holiday, people will still go even though the signs are up," Felder said.

Lopez said he also realizes the scorching heat makes swimming in the water more temping but said people should wait until the Bonnet Carre Spillway closes later this month.

"Once they close the structure, conditions will start to change pretty quickly," he said.