The Guillen family and supporters marched to the White House and met with President Trump in a continued push to get legislation passed in Vanessa's name. 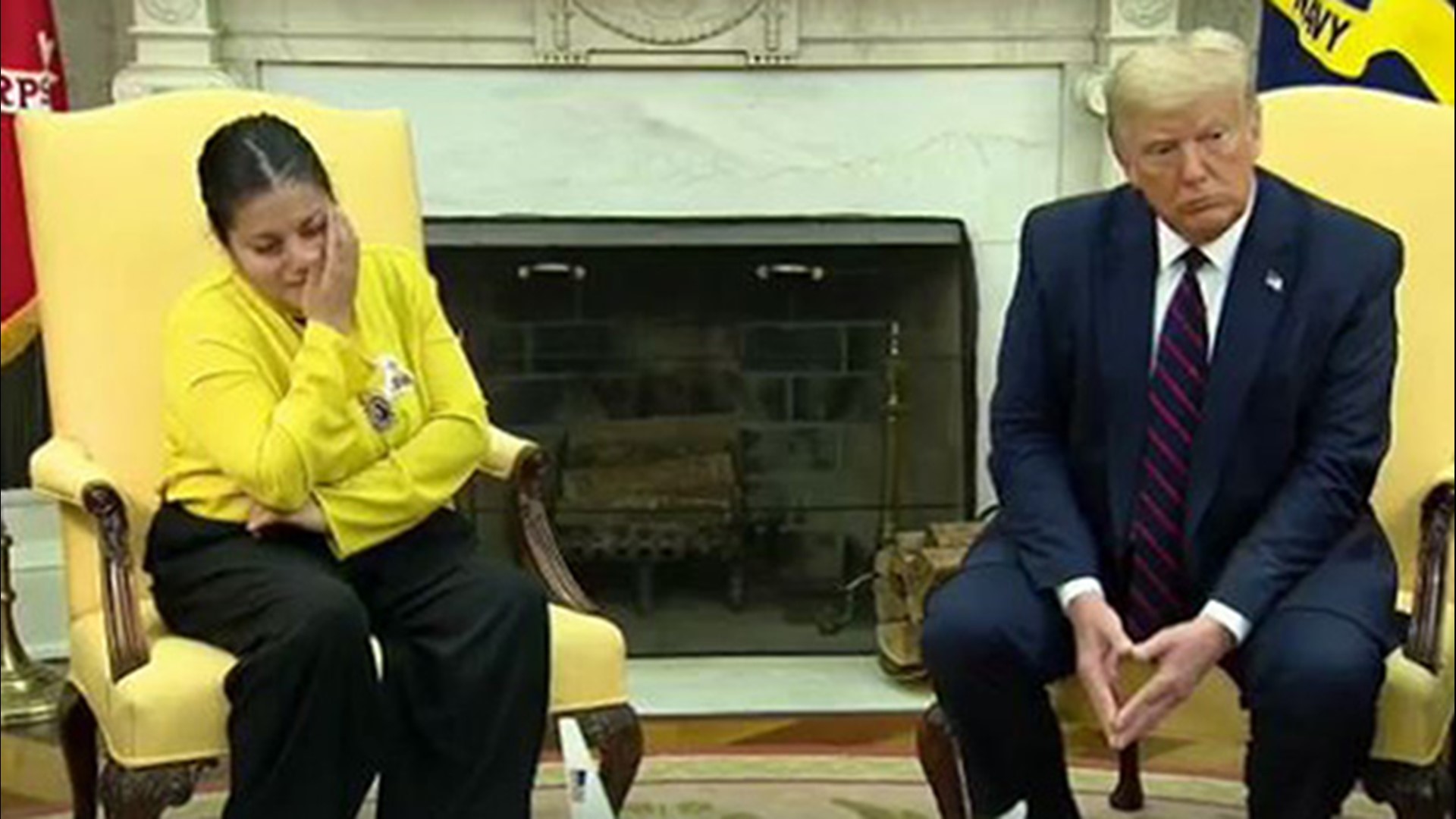 Guillen's mother, her sisters and Khawam all had the chance to speak with the President about what happened to Guillen and the need for a congressional investigation,

The President said he saw reports about what happened and that it hit him very hard. He said they had his full support and that the Department of Justice was involved.

"You have our support and we're working on it already as you know." Trump said. "We won't stop and hopefully something very positive will come out in honor of your sister and your daughter."

Khawam said Guillen's funeral was around the corner but her body would not be in the casket to provide the family closure. The President asked why there had not been a funeral. Guillen's sister, Mayra, said the Texas Rangers and FBI still had Vanessa's body and that they would call when they could receive the body.

"That's no good. We got to take care of that," the President said.

The President said his office would make sure Guillen's funeral could be held as soon as possible and he offered to help with the funeral expenses.

A White House pool reporter asked what the President could do to get passage of legislation to protect victims of sexual harassment and assault in the military.

"We've been working on it since I heard about it originally," Trump said. "We're going to see if we can do something representing the family but also helping other people that are in the same position because they're, this is not, you know probably, sadly this is not that unique. There are other people in trouble too."

The meeting came after a rally on the National Mall, where a crowd gathered to demand justice for Guillen and the passage of the #IAmVanessaGuillen bill.

Guillen's sister, Lupe Guillen and their mother, Gloria Guillen, gave passionate speeches saying they would not stop fighting for Vanessa.

"This should be everyone's issue and everyone should be fighting for justice," Lupe said.

Khawam said the bill was not a political issue. She said all members of congress needed to vote for it.

"Anyone who doesn't vote for it, we're going to make them famous," Khawam said.

Following the press conference, the group marched from the U.S. Capitol to the White House.

Guillen was killed on Fort Hood by Aaron Robinson April 22, according to the Army Criminal Investigation Division. Robinson, along with his girlfriend, Cecily Aguilar dismembered Guillen's body and buried the remains near the Leon River in Bell County, according to a criminal complaint.

Robinson shot and killed himself July 1, one day after Guillen's remains were found. Aguilar was arrested and charged with conspiracy to tamper with evidence.

Khawam said the #IAmVanessaGuillen bill will allow active duty service members to file sexual harassment and assault claims to a third-party agency instead of through their chain of command.

"When someone volunteers to serve our country, they deserve to be treated with dignity and respect by their fellow service members," Khawam said. "This bill will help us provide the protection and respect to others that was denied to Vanessa."

RELATED: Eighty seven members of Congress want the DOD to investigate Guillen's case, but local reps aren't on the list.