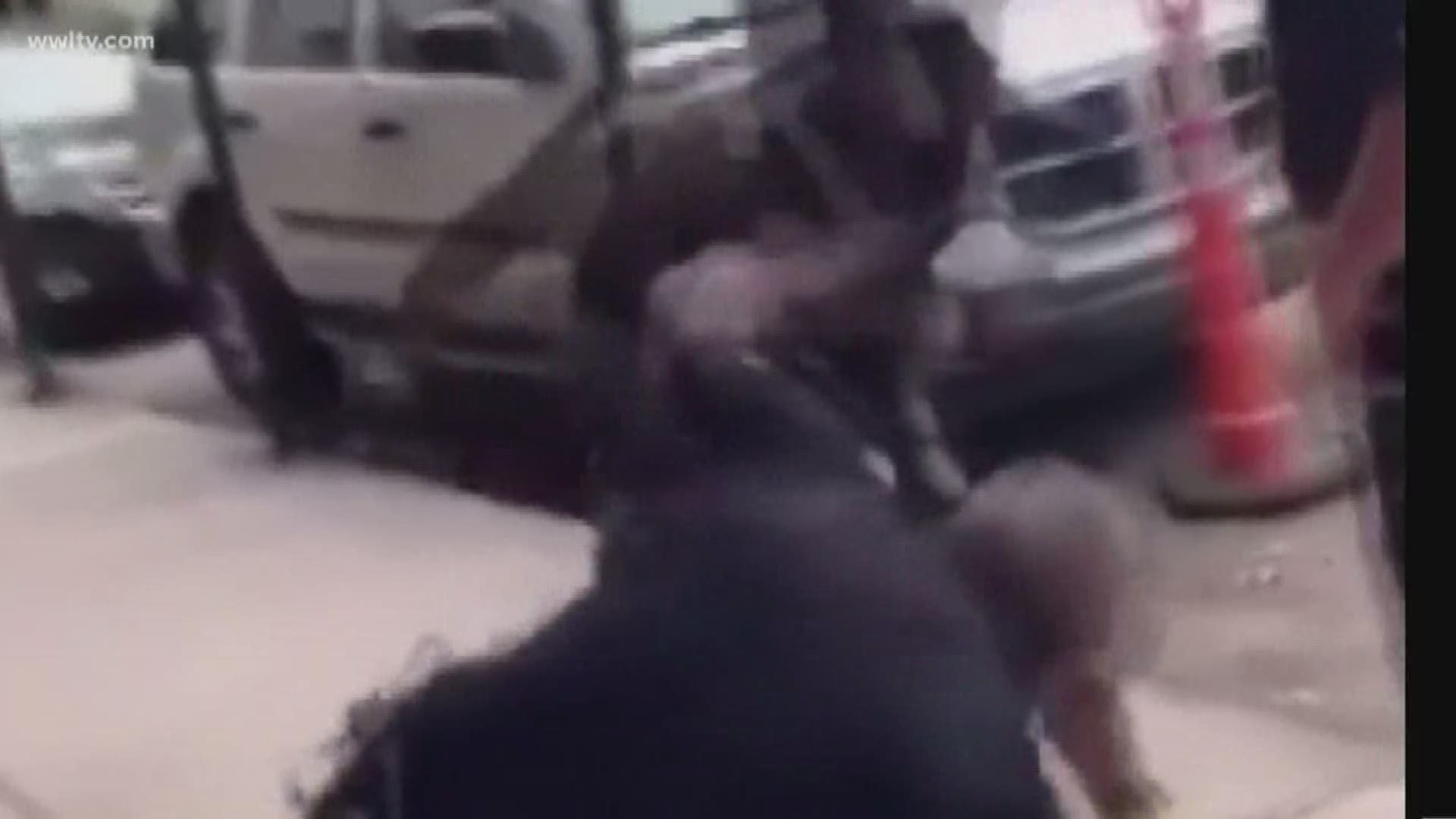 It captures a fight in the 4th Ward, at the corner of Crozat and Bienville Streets, between 41-year-old Darrell Bush and a Housing Authority of New Orleans Police Officer. The officer is visibly punched in the face multiple times and then pushed to the ground, as another HANO officer stands by and watches.

Bush then rips off his shirt, and the officer uses his Taser to subdue Bush and arrest him.

Bush's attorney, John Fuller, says his client was acting in self-defense and the officer picked the fight.

"I think there's some embarrassment on the part of the officer because my client obviously got the best of him, if you saw the video," Fuller said. "But there was nothing that my client did that was illegal."

Fuller claims to have a five-minute video that shows the officer instigated the fight while Bush was hanging out outside the corner store.

An Orleans Parish Sheriff's record, obtained by our partners at The Times Picayune, New Orleans Advocate, tells a different story.

That report claims Bush was upset after being told to move his car from in front of a fire hydrant. Later, while a HANO officer was investigating another matter, Bush began yelling in the officer's face and ignored commands to get back.

That's when the fight turned physical, leaving the officer with torn pants, a bloody shirt and a swollen eye.

WWL-TV asked HANO about the circumstances surrounding the video, whether the officers were armed, and if both officers in the video were partners. HANO replied via email only saying:

"This is an internal personnel matter that we are taking seriously and will be addressed appropriately."

Bush is charged with battery of a police officer and resisting an officer by force, among other charges. He first appeared in court Sept. 18 and was released on bond.